Mandeville, LA – Exclusive Transcript – Patrick J. Buchanan wonders on the pages of The Imaginative Conservative website yesterday just why it is that we have 78,000 troops stationed in Japan and South Korea.  There’s no place to trim any of this stuff.  Our vainglorious empire cannot be whittled down one iota.  The world is relying on the American people’s ability to borrow money and enslave future generations into debt repayment.  The world is relying on this for their own defense.  Check out today’s transcript for the rest…

Mike:  Patrick J. Buchanan wonders on the pages of The Imaginative Conservative website yesterday just why it is that we have 78,000 troops stationed in Japan and South Korea.  There’s no place to trim any of this stuff.  Our vainglorious empire cannot be whittled down one iota.  The world is relying on the American people’s ability to borrow money and enslave future generations into debt repayment.  The world is relying on this for their own defense.  You Americans out there, hell, me, we need to buck up.  Buchanan wonders:

On retirement, Robert Gates said any future defense secretary who advises a president to fight another land war in Asia ought to have his head examined. So why do we have 28,000 U.S. troops in Korea and 50,000 in Japan?

Mike:  It reminds me of that line in the movie Princess Bride where the Sicilian tells Cary Elwes character that he’s about to make one of the three tragic mistakes, and one of them is “never start a ground war in Asia.”  The Sicilian in the Princess Bride knew not to start a ground war in Asia, but George Bush and Carl Rove didn’t.  Buchanan continues:

In his Guam Doctrine, Nixon declared that in any future Asian war, we should provide the weapons to our Asian allies and they should do the fighting. Does that not still make sense today?

Mike:  Pat, I don’t think it does; however, it is a better alternative than having to fund and operate out of the bases currently in South Korea and Japan.  You do realize that the people of South Korea are quite wealthy.  The South Koreans have done pretty darn well after the end of hostilities in War World II and certainly after the end of the Cold War.  Their car companies are stationed here in the United States making beaucoup money.  It’s not as though South Korea is some kind of an impoverished land that can’t raise its own army, if it needs to, to defend itself from its nut job neighbor to the north, Kim Jong-Un.

Before we can decide the size and shape of our defense budget, we need a consensus on what we must defend.

And if Republicans wish to remain a viable party, they cannot delegate these decisions to the “We-are-all-Georgians-now!” crowd that plunged us into Iraq and is bawling for intervention in Syria and war on Iran.

The GOP desperately needs a credible, countervailing voice to the uber-hawks whose bellicosity all but killed the party in the Bush era.

Obama is president because of them. And his most popular act, according to voter surveys from 2012? Ending the war in Iraq. [Mike: Buchanan writes some other great things here in this piece.]

In 1972, George McGovern, the Democratic nominee for president, declared he would chop defense by fully one-third.

A friendly congressman was persuaded to ask Secretary of Defense Melvin Laird to expatiate on what this might mean.

The Pentagon replied the Sixth Fleet might have to be pulled out of the Med, leaving Israel without U.S. protection against the fleet of Adm. Sergei Gorshkov, and provided the congressman a list of U.S. bases that would have to be shut down.

Radio ads were run in the towns closest to the bases on the Pentagon list, declaring they would be closed and all jobs terminated, should McGovern win.

Something akin to this is going on with the impending sequester.

A cut of 7 percent, $46 billion, in Pentagon spending, says Army chief Ray Odierno, will mean a “hollowing” out of his force.

The Navy? The carrier Harry Truman will not be sailing to the Persian Gulf. The Abraham Lincoln will not be overhauled in Newport News. Thousands of jobs will be lost.

Reporter Rowan Scarborough writes that the Air Force has produced “a map of the U.S. that shows state-by-state the millions of dollars lost to local economies,” should the guillotine fall.

Mike:  I just have to take issue with this part of it.  You’re not losing millions of dollars in local economies.  That money has to be confiscated from the people of local economies to start with.  The Air Force, the Army, and the Navy do not fund themselves.  They are funded by appropriations by the Congress.  Guess where the Congress gets the money to do the appropriating?  I’ll give you 15 seconds on this one.  Did you look in your car’s rearview mirror as you’re commuting 90 miles to go make your share of appropriations today?  Did you look in your rearview mirror and go: Hey, that’s me.  [mocking] “Mitter Church, Mitter Church, I’m an appropriator.”  Yes, you are.

I ask this question often: Is a military stimulus program any better or any more prone to produce all those glorious and sought-after economic results than a solar energy stimulus program?  There’s a story out yesterday about how the Obama administration has not given up on its pet projects in green energy, whatever the hell that is.  They have not given up on Secretary of Energy Steven Chu acting as a loan czar in some capacity and seeing to it that these people are funded and subsidized and what have you.  We all say to that: No, if the solar panel company or the amoeba fart maker can’t make it on its own merits, can’t sell their product in market for a profit like the rest of us, then they shouldn’t be able to do it.  Welcome to 2013.  That’s not how the game is played here today.  That’s why when people talk about the 47 percent of people that are suckling off the federal teat and getting all of this social welfare or whatever it is that people want to call it, transfer of payments, wealth transfers, redistribution of wealth, that’s a significant amount, but that’s not equal to the amount of corporate and business welfare that is larded out.  Someone has to spend the rest of the $3.8 trillion.

For the most part, that money is spent — I heard a report today on CNN.  I didn’t see this but I heard the report.  Christine Romans on “Your Money” was talking about expenses at nursing homes have increased 25 percent over the past couple of years.  It now costs somewhere on the order of about 80 grand a year to have grandpa or grandma shacked up at a nursing home somewhere, $80,000 a year.  That includes medicine, room and board and all that, $80,000.  Question: Would you and I be better off if we found rooms in our own homes for grandma or grandpa, or maybe move near where grandma and grandpa are so they can stay in their current home that’s probably paid for (unless they reverse mortgaged it out) and maybe caring for those people the way that people used to have to care for people?  I mean, $80,000, for heaven’s sake!  Who in the world can afford that kind of money.  [mocking] “Mike, nobody can.”  That’s right, so who pays that?  Medicare pays it or pays part of it.  Who pays the rest, social security?  You know there’s all manner of wealth transfer payments that’s paying for that.

That’s just one of those expenses that were lobbied for.  You don’t think the people who run the nursing homes want the continuing influx of geezered citizens knowing that there’s not enough money on the planet in private hands for grannies and grandpas to fill those establishments up without government subsidy?  You don’t think that they’re fully aware that they are fully funded or nearly fully funded agencies that basically work at the behest of the federal government, knowing that without those transfer payments there’s no way they can possibly be charged the 80 large per year to have granny or grandpa shack up?  That is a substantial — I heard that and went: $80,000, good grief!  How many of you out there would be shocked to find that your expenses are around $80,000 per year?  And you’re healthy. 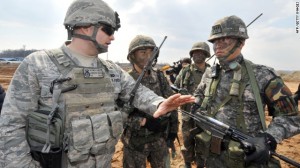