Mandeville, LA – Exclusive Audio and Transcript – Going to let Mark speak for himself on this one, to hear more from him and Andre, check out today’s audio and transcript: “Mike, I listen to your show every morning.  I have lots of options on Sirius.  You were talking about MSNBC earlier.  Somehow agreeing on Chris Matthews on any topic, I don’t expect that from your show, Mike.  I’m really disappointed.  In fact, listening to how you’re bashing Romney this morning on the radio is just not acceptable.  You’ve got to toe the line here.  Things are a little difficult right now with the campaign.  We’re falling behind, but with your kind of talk, I’m thinking you’re Peggy Noonan on the radio.”

Mike:  Andre is in New York next.  Hello, Andre.

Caller Andre:  Hi, Mike.  Listen, if Obama gets elected again, we’re going to be in a really, really bad predicament.  He’s going to keep enforcing his open free trade agreement, which never is going to work.  He’s going to keep an exodus of jobs going out of the U.S. because he’s promoting that global convergence and making sure everyone is equal.  The problem is, America should be standing out.  We should be the leaders in the world.

Mike:  Why?  This is one of the questions I just can’t let pass without asking.  Why should we be the leaders?

Caller Andre:  Why should we be the leader?  We’ve been leading forever in our electronics —

Caller Andre:  No, no, I’m not talking about that kind of leadership.

Caller Andre:  I think it is the latter.  That’s what we have to do.  It’s going to start going all the way back to our education system.  I’m going to tell you now, the students that are in there today are going to be the leaders of tomorrow.  That’s cut and dry.  It’s secularized education system that we have now that’s limiting people on — we don’t teach basic problem-solving skills.  We don’t teach long-form math.  Hell, we’re not even teaching cursive handwriting anymore.

Caller Andre:  Yeah, right.  Our children are not going to be able to solve the problems that we have.  That’s why our leadership can’t solve problems right now, that linear thought process that they have.  It doesn’t work.

Mike:  There are a couple things you said about education that are worthy of further discussion and study, the least of which is we don’t teach the enduring things. All the handwriting and all that stuff, yes, it should be part of a basic skillset.  I don’t even know if you call that education.  You just kind of learn these things.  You learn to read and you learn to write.  You learn to pick up a pencil, to mark a piece of paper with it.  You just kind of learn these things.  The transcendent things that make up a good society are handed down from generation to generation.  They have to be taught and they have to be taught by men and women that actually believe them, not just say them, believe them.  Not only do they believe them, they act on them.  This is where the enterprise has gone off the rails.  I keep threatening to bring this Russell Kirk piece into it “Civilization Without Religion?”  Here’s a little teaser:

Sobering voices tell us nowadays that the civilization in which we participate is not long for this world.  Many countries have fallen under the domination of squalid oligarchs; other lands are reduced to anarchy.  “Cultural revolution,” rejecting our patrimony of learning and manners, has done nearly as much mischief in the West as in the East, if less violently.  Religious belief is attenuated at best, for many or else converted, after being secularized, into an instrument for social transformation.  Books give way to television and videos; universities, intellectually democratized, are sunk to the condition of centers for job certification.  An increasing proportion of the population, in America especially, is dehumanized by addiction to narcotics and insane sexuality.  These afflictions are only some of the symptoms of social and personal disintegration.  One has but to look at our half-ruined American cities, with their ghastly rates of murder and rape, to perceive that we moderns lack the moral imagination and the right reason required to maintain tolerable community.  Writers in learned quarterlies or in daily syndicated columns use the terms “post-Christian era” or “post-modern epoch” to imply that we are breaking altogether with our cultural past, and entering upon some new age of a bewildering character.

Mike:  Folks, you can’t have a character, bewildered or otherwise, if you don’t identify it and you don’t preserve it or conserve it.  Back to our telephones.  This is Mark in New Jersey next up.  Hello, Mark.

Caller Mark:  Hey, Mike, how are you?

Caller Mark:  Mike, I listen to your show every morning.  I have lots of options on Sirius.  You were talking about MSNBC earlier.  Somehow agreeing on Chris Matthews on any topic, I don’t expect that from your show, Mike.  I’m really disappointed.  In fact, listening to how you’re bashing Romney this morning on the radio is just not acceptable.  You’ve got to toe the line here.  Things are a little difficult right now with the campaign.  We’re falling behind, but with your kind of talk, I’m thinking you’re Peggy Noonan on the radio.

Caller Mark:  Are you the Patriot Channel or what?

Mike:  I’m a show on the Patriot, yes.  As a matter of fact, yes, I started the Patriot Channel.  Does that mean I have to be a sycophant for other people’s points of view?  Just because it comes out of Chris Matthews’ mouth — see, this is this partisan hack stuff we talk about — that doesn’t automatically make it bad.  AG, you went to school with one of his sons.  You said he was a pretty nice guy.  Was he a rotten father?  Should I say Chris Matthews won an award for being a good dad?  I can’t ever say that on the Patriot Channel; he’s Chris Matthews.  That kind of partisanship, this is what causes these issues, Mark.  This is what divides people here.  We didn’t really say anything good about Matthews so much as we replayed his comments and then commented on them.  You really think we have to be so jingoistic that we can’t even listen to the other side? 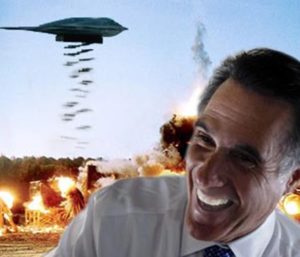 Anyway, this is the kind of crap (from Mark) I hear every day. How can you have gentlemanly conversation with that? I get nowhere. This is a hall of fame call, right?