Mandeville, LA – Exclusive Transcript – “The Bill of Rights was used and created to provide further safeguards for the states against the Feds, just in case the Feds got the bright idea that they wanted to try, as the vulgar phrase goes in 2013, take our guns away.  The Second Amendment says: No, you can’t; you’re prohibited from doing it.  That doesn’t mean the State of Illinois couldn’t do it. It just means that the Feds can’t do it.”   Check out today’s transcript for the rest…

Mike:  Scott in Iowa is next on this show.  Hello, Scott.

Caller Scott:  How you doing?

Mike:  For you, I’m fantastic.

Caller Scott:  I’d just like a little clarification.  I’ve always been taught to believe that the Constitution and Bill of Rights applies to every citizen of the United States, and the Tenth Amendment allows states to regulate things not in the Bill of Rights.  I guess my question is, how is it that the federal courts do not have authority to rule on the Second Amendment in the states?

Caller Scott:  Right, I understand that.  I always thought that the Tenth Amendment meant to – let’s use the Second Amendment in Illinois, for instance.  It says everybody has the right to keep and bear arms.  I thought that was federal across the United States and the states were not allowed to regulate on that because the federal government was already doing that.  That was my understanding and maybe I’m incorrect.  I just wanted some clarification on that.

Mike:  There are two things at issue here.  Number one: What is an enumerated power?  Number two: What is a reserved power?  When the Constitution was ratified in 1788 — by the way, yes, there is some history coming here.  Feel free to take your leave of me, you people.  I just really have had it this week.  Because I like you, Scott, I’ll explain it again.  Maybe some other new listeners are wondering the same thing.  The Constitution is ratified on the 12th of June 1788 when New Hampshire becomes state number nine.  Virginia doesn’t know this, but Virginia goes ahead and ratifies on the 25th of June.  Since it’s the largest state in the Union, the Union is now solidified.  There are ten member states.  Of course, later on North Carolina and Rhode Island will ultimately come around and ratify as well.

In the first ratification, we have ten states that send representatives to the first congress.  In the original Constitution, here is the concept.  This is what the convention in Philadelphia produced and what those ten states ratified.  The states that ratified agreed that they would not act on any power that they had enumerated to the new general government.  In other words, the Constitution said these are the powers that the new general government will assume, and the state legislatures and the people of the states agree that we are empowering our new agency, the new federal government, to act on our behalf on those enumerated powers.  Are we clear so far…

Mike Church Show Transcript – SCOTUS Ruling On DNA Swabbing Opens Door To Solving Many Cases, But Is It Legal?

Mike:  So along comes this guy named Patrick Henry.  On the day that the Constitution is going to be ratified in Virginia, Patrick Henry, George Mason, James Monroe, Colonel William Grayson and a couple other cats get together and they make a deal with little Jimmy Madison.  The deal is: We will agree to live under your new little Constitution, Mr. Madison; we will not argue for a new convention or for this state to have a referendum to secede from your new union as soon as the ink is dry on our ratification if you promise us that you will introduce a bill in your first congress that will safeguard some of the rights and liberties we fear your new federal government will try to take from our citizens.  Are we clear so far? 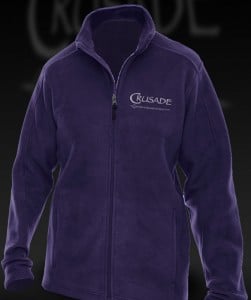 Mike:  So Madison and company agree.  The Constitution is ratified.  The Virginia legislature meets in November 1788.  Patrick Henry takes the assembly over.  The first thing that happens is a hearing is held where amendments to the federal constitution are proposed.  The State of Virginia adopts all of them and sends them in the form of a request to Madison. In the request it says: If you choose not to act on this, then we will choose to act as we have previously said that we would.  In other words, we’ll start working our way out of your new union.  They send them to Madison and Madison tries to propose them but nobody really wants to hear them.  He tries in April and nobody wants to hear them.

June rolls around and he finally gets a quorum and can get them heard.  The debate begins on those first eight amendments.  The last two amendments are just reassertions that if a power was not granted or enumerated, it is reserved.  This is why if you read the preamble to what you know as the Bill of Rights, it says: In order to provide further safeguards against abuse by the new federal government, the conventions of the several states have made the following declarations that these rights and privileges are not to be abridged.

What does that mean then, Scott?  That means that the states adopted and ratified the Bill of Rights not so they could regulate themselves — they didn’t need a Second Amendment to regulate themselves.  They needed a Second Amendment, and a first and third and fifth, to tell the new general government: We did not enumerate the power to regulate our firearms, Mr. Madison.  You cannot.  We’re stating it in the affirmative.  We did not enumerate the power to you to regulate our religion or our press or our speech.  We’re reiterating that you, federal government, may not do it.  We did not enumerate a power for you to quarter troops in our homes, Amendment Three.  We are reminding you that that power is not enumerated and it is reserved to this state to do.

You get those first eight charges, then the Ninth and Tenth Amendments.  They say: If we left anything out that we reserved, we’re reserving the right to claim them.  The Tenth Amendment then codifies that and that’s what it says.  The Bill of Rights was used and created to provide further safeguards for the states against the Feds, just in case the Feds got the bright idea that they wanted to try, as the vulgar phrase goes in 2013, take our guns away.  The Second Amendment says: No, you can’t; you’re prohibited from doing it.  That doesn’t mean the State of Illinois couldn’t do it. It just means that the Feds can’t do it.

Whatever you were taught in history is incorrect.  What I just gave you is the actual reading of and the actual understanding of how the federal system works.  Scott, this worked all the way up until about 1927 or so.  This was not a question.  It was not at issue. It didn’t come up.  It was widely understood.  What you have been taught is the precedent that has been established by federal courts and the Supreme Court since the 1920s.  That’s what you’ve been taught.  Does that clear it up?

Caller Scott:  Yes, sir, it does.  I very much appreciate the information.  I’ll have to do some more studying.

Mike:  You can study this by my movie Sprit of ’76.  What Lincoln Killed is the ultimate course study for this.  You can get that on a CD or download at MikeChurch.com. 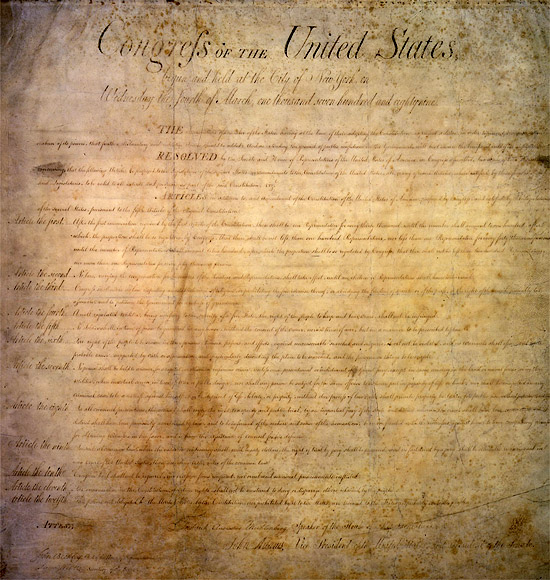 You have a way with words, Mr. Church! How anyone can not grasp this concept is beyond me. And I am glad that I get it and am in the elite group of 14 people that listen to you! Thank you for all of your hard work!