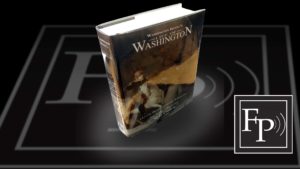 Mandeville, LA – Exclusive Transcript – “This is just stupid.  So you’re going to put little girls who have little girl parts still, whether you like to admit it or not, into tents with little boys.  Oh, I can imagine how that’s going to turn out, besides the endorsement of the disorder in thinking, the sickness.  Again, Christian charity says you don’t tell the children that they’re correct.”  Check out today’s transcript for the rest….

Mike:  The Boy Scouts of America are going to – I guess I didn’t print the story out. The Boy Scouts of America – how many of you remember back when they made the ruling or whatever you wish to call it – who was it that was the head of the Scouts then?  Wasn’t it Michael Flynn?  I’m trying to remember.  One of Trump’s guys was the head of the Boy Scouts when they decided: All right, all right, we’ll give some land to the blanks and the blanks, but we don’t like the Irish.  Well, they said: We’ll give scout badges and entrance to the blanks and the blanks, but we don’t want the heteros.  Remember when they admitted homosexuals, avowed teenage homosexuals – again, how could a child possibly know this at that age?  And if they did, why would you characterize them as that?  It’s a disorder in thinking.  You would pray, pray, and counsel against the use of the term.  Why?  What would make the child homosexual?  For reals.  Carrying out the act.  In the same manner, you don’t want your teenage daughter being the high school football team slut, you don’t want your son doing the same thing either with other boys.

At the time that this decision was made to infiltrate or integrate the Boy Scouts with homosexuals and with homosexual scout leaders, what was said at the time?  Why did many people leave?  Some of you probably listening to this show right now are former scout leaders.  What did you say? You said: Well, if they can make that decision, what other horrid decisions can they make?  Boy howdy, they’ve made another horrid decision.  This is from today’s Pile of Prep.  This story was on Monday.  Here’s your headline: “Boy Scouts will allow transgender children into programs.”

The Boy Scouts of America announced Monday that it will allow transgender children who identify as boys to enroll in its boys only programs.

Mike:  This is just stupid.  So you’re going to put little girls who have little girl parts still, whether you like to admit it or not, into tents with little boys.  Oh, I can imagine how that’s going to turn out, besides the endorsement of the disorder in thinking, the sickness.  Again, Christian charity says you don’t tell the children that they’re correct.  You tell them: I understand.  You have a disorder.  We’re going to pray upon it.

We’re going to seek counseling.  We are not going to dope you up with hormones and have your breasts cut off.  We’re not going to mutilate your body, especially not as a teenager, for Heaven’s sake.  Now, the Boy Scouts say: Oh, no, they can come in.  If you think you’re a boy, you can come in.  I have a question.  Answer this, Boy Scouts: What if a boy thinks he’s a girl and says, “I want to be a girl because I want to be a lesbian” but wants to stay in the scouts?  Again, how is the distinction lesbian brought into existence?  Is it just the desire or the carrying out of the act?  To me, logic would say you are naturally born a child of God and a heterosexual until you have, by an act of horrid, mortally-sinful impurity chosen the dark path.  You’re still a heterosexual.  You may be confused, but you’re still heterosexual.

What are we to do with the Scouts Pledge, ladies and gentlemen?  This is where we come to the part of the program where I have to create avenues for this to proceed forward.  Here is my suggestion for the new pledge.  Try this one on.  It’s been a long time since I was a Boy Scout, so I don’t remember – were you ever a Boy Scout, Christopher?  No?  I don’t remember the pledge in its entirety, so I think that my version is paraphrased or shortened, truncated.  If it is, then we’ll add to it later.  I have the key line here for it.  Are you ready?  This is the new gay, homosexual, transgender Boy Scouts of America, I mean Sodom, gay scouts of Sodom pledge.  Here you go.  Raise your right hand.  [mocking] “Wait a minute.  Mitter Church, why does it have to be right?”  Raise your left hand.  Repeat after me:

I promise to do my best, by Ellen Degeneres and the Gay and Lesbian Alliance Against Defamation, to wage war on God and his Church, so help me Baphomet.

Don’t be surprised if one of your tikes or tikettes comes home with something that resembles that, because the Boy Scouts have joined forces with the local Satanist Worshiper 666.  You know what I saw last night at the nomination or the announcement ceremony of Judge Gorsuch to be the next associate justice for the Supreme Court?  You know what I didn’t see?  I didn’t see President Trump scanning the room after the announcement was made and saying: I didn’t get a Trump out of that guy.  Think about it.  It’s Rex Tillerson, Secretary of State is the guy who was overseeing the Gay Scouts of Sodom, sorry, the Boy Scouts of America.

Christopher:  He should change his name to Rex Helmsman.  Tiller son, Helms man.

Mike:  I’ve got another fantastic headline here, and welcoming the preview audience here on Facebook Live.  When we first started Facebook Live, I said I wasn’t going to do it if people stopped sharing it.  The only reason we were doing this was to grow the size of the audience.  If the people watching it don’t share the video – I don’t monitor it anymore because when I do then I tend to talk to the audience what they’re chatting about.  It kind of interrupts the show and what it is that we do.  I don’t monitor it anymore.  I can go back and look and see whether or not you guys and gals that are enjoying this free preview of the Mike Church Show – the Crusade Channel is a premium broadcast channel, just like HBO or Showtime or any of the other ones.

Christopher:  I have Boy Scout, actual scout oath if you want me to read it.

Christopher:  The Scout Oath, from the official Boy Scouts of America website:

On my honor, I will do my best

To do my duty to God and my country and to obey the Scout Law;

To help other people at all times;

To keep myself physically strong, mentally awake and morally straight.

Mike:  Morally straight.  You can change that to immorally crooked, right?  On my honor.  Wait a minute.  Let’s go line by line.  On my dishonor, I will do my best to ignore my duty to God and my country of Sodom and to disobey the Scout Law; to torment other people with my sick, twisted, perverted sexual thoughts at all time; to keep myself physical weak, mentally dumb and immorally crooked.  So help me Baal.  So help me Baphomet.

Did you ever see the movie with Ethan Hawke – what was it?  The demon eats children.   To get at the children, the demon got the children – to get them free and clear, he got the children to kill their parents, their entire families, and then he could consume whatever child it was he wanted.

Mike:  In the movie they called him Bughuul.  I looked it up and Bughuul is not a real one but Baal is.  Baal is the consumer of children.  I just thought I’d mention that.  You want a story?  I’ll give you a story.  This is a headline from the Washington Compost of all places, “’Trump is right, in a way’: These Christian Syrians in Pa. back the travel ban.”  I wrote about this in the Pile of Prep, that the news desk editor at the Washington Compost must have just destroyed – he might have made a Birzer effect.  He might have instituted a Birzer effect at the Washington Compost.  When people heard it they went screaming for the exits.  This is from Allentown, Pennsylvania.  I read this story today.  I’m not going to read the whole thing.  I’ll just share the meat and tater parts of it.

Hookah smoke drifted through the restaurant as Elias Shetayh and Aziz Wehbey spoke intently about their support for President Trump, whose temporary halt on immigration from war-torn Syria — their homeland — had touched off a political firestorm. Nearby, a waitress carried out several platters of Mediterranean food to a large Arab American family.

“Trump is right, in a way, to do what he’s doing,” Shetayh said, discussing the executive order banning certain immigrants from entry into the United States. “This country is going into a disaster.”

Allentown and surrounding Lehigh County have one of the country’s largest and most established communities of Syrian Americans, many of them emigres who moved from the “Christian Valley” in Syria decades ago. They have helped a steady stream of family members join them in the United States, and — to the surprise of many — offered strong support to Trump during the presidential election.

“We would not like to bring refugees for a simple reason: We do not know their background,” Wehbey said. “We’re concerned about, if God forbid a terrorist attack happened here . . . that we’re all labeled as bad people. I hate to say it.”

“We’re not by any means prejudiced against Islam. As long as you’re a good human being, you have the right to believe whatever you want to believe. But the majority of the population over here are Christian Syrian,” said Wehbey, who is regarded as a community leader. “Now they’re bringing new elements from Syria, refugees shook by a religious war. They may have hate in their heart because of whatever happened to them.”

“And we don’t want to see a religious conflict over here,” he added.

The Shetayhs, who own the restaurant, have lived in the United States for decades — Elias for 46 years, Georgette for 30. Wehbey came to the United States in 1991, when he was 19 years old. All three are now U.S. citizens. They all describe a peaceful and multicultural community here, about 60 miles northwest of Philadelphia, that has embraced diversity without conflict.

As in most of the rest of the country, there is not consensus in Allentown that the United States should stop accepting refugees, even among those who continue to support Trump.

Talking over baklava and cookies filled with dates, Fouad and Mouna Younes expressed concern about the families who will now be turned away . . .