Mandeville, LA – Exclusive Transcript – “What you just said was sensationally, it’s appropriate, it’s pertinent to today, and I don’t think there are very many of us that are even capable of understanding that without sitting here and reflecting and pondering.  What he said, folks, was that he thinks Burkean conservatism is only relative to the time that you live in or the era you live in, which would mean that it’s inappropriate to cite Edmund Burke and Burkean conservatism as something to harken back to.”  Check out today’s transcript for the rest…

Mike:  Russ is in Wisconsin.  Russ, you’re the sole survivor.  I don’t know what you heard or didn’t hear, but you’re living proof that the phone line still works.  How are you?

Caller Russ:  Pretty good, Mike.  I listened to your first hour in travel to my employment.  A little background, I cut my teeth on the ’64 election.  I’m quite a bit older than most people in your audience.  I migrated from that election through Karl Hess, two Murrays, Rothbard and Bookchin.  I read Rights of Man, John Stuart Mill’s On Liberty.  I found things I agreed with and things I did not.  I think it proves this thesis you talked about in the first hour, that tradition or Burkean conservatism as you might want to call it, is kind of relative to the time you live in.  What’s happened in this country is pretty obvious if you’re open about it.

Mike:  Russ, I’m going to stop you for just a second because you’re making way too much sense.  Whatever audience we had remaining is now going to totally tune out.  When you said the two Murrays, Rothbard and the other one, I don’t even know who the other Murray — who was the other Murray?

Caller Russ:  He was a leftist, what you call a new left.  This was a common term in the late ‘60s.

Mike:  I think this is just brilliant of what you just said, I think probably the best thing I’ve heard over a phone line since the last time I made a transcript out of a phone call, which was on Monday, I believe.  What you just said was sensationally, it’s appropriate, it’s pertinent to today, and I don’t think there are very many of us that are even capable of understanding that without sitting here and reflecting and pondering.  What he said, folks, was that he thinks Burkean conservatism is only relative to the time that you live in or the era you live in, which would mean that it’s inappropriate to cite Edmund Burke and Burkean conservatism as something to harken back to.  What you would then do, if I’m understanding Russ correctly, is you would use Burkean theory and apply it to today, which is why when Scott Galupo wrote that Obama is actually a Burkean conservative because he’s conserving the welfare state of the last half of the 20th century, I have to say, we may not like it but that’s a correct statement, isn’t it?

Caller Russ:  I think it is.

Caller Russ:  To proceed on this, keep in mind, at the founding of the revolution — I’ve spent a lot of time on this stuff.  I took four semesters from Garry Wills.  That’s another leftist.  He went into this whole period —

Caller Russ:  Right, no doubt about it.  He emphasized that, of course, at the time of the founding of the republic, there were various ideas, as you’ve discovered, about how to organize one’s own society at the local level.  That’s where Karl Hess comes in.  One of the key features of the American Revolution, the revolution was thought of in terms of Newtonian mechanics, and that is a return to the original principles.

Mike:  Or rolling back of the wheel.

Caller Russ:  Yes.  Many of the founders, when they referred to the revolution, they were referring to the glorious revolution of 1688 in England.  They all considered themselves to be British subjects yet.  They weren’t trying to separate themselves from British culture and British tradition.  They were insisting that what was occurring in Britain and Britain’s enforcement of the colonies was in opposition to what the glorious revolution of 1688 was all about, the progression of rights.

Caller Russ:  I think that’s what we’re talking about today when we’re talking about the tradition of the welfare state.  You hear Republicans talking about the safety net.  That is the problem.  A federally-imposed safety net brings us all the problems we see.  I don’t care where you live, you see problems that have resulted from this.  This is my point and I think people on our side have to realize that it’s much more complicated than we want to admit often.  As a result, we have to be a little reflective but also determined in what we do understand as fundamental principles by which we organize our communities. 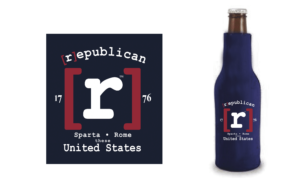 Mike:  When we talk about fundamental principles, this is where Russell Kirk would come in.  I also think Kirk is probably, even though he drew heavily on Burke, Kirk may not have even understood what you just talked about, what Yuval Levin is writing about in his book.  Taylor of Caroline most certainly would come into play here.  I mentioned yesterday “I’ll Take My Stand,” the 1930s essays written by the dying breed of southern agrarians, men who knew that their way of life and the way they looked at life was ending. In their view, it was going to be gone forever, so they wanted to leave a memento or a time capsule, if you will, of literary thought on what it was like, what it was based on, what it was supposed to bring about, what it was like living in that lifestyle.

Caller Russ:  I think you’ve hit a critical point.  One last comment from me, my association with Karl Hess, he’s a communitarian if you knew him at all.  I wrote a newsletter with him and a book co-authored along with David Packard and others called Community Technology and also a book called Capitalism for Kids. It’s an old text but I pick it up every once in a while to read, not so much what I contributed but some great icons of American industry and of culture.

Mike:  Where do we find this at?

Mike:  We have a book author on the line, fantastic.

Caller Russ:  I’m not the author.  I contributed.  Karl was the author and he extracted from about ten of us, I being the youngest at the time, but David Packard, I think, was probably the senior.

Caller Russ:  Exactly.  We spent about two weeks in upstate Vermont where we bashed heads with one another and came up with this.

Mike:  Russ, thank you, you honor me with your presence.