US Senate Candidate from Mississippi 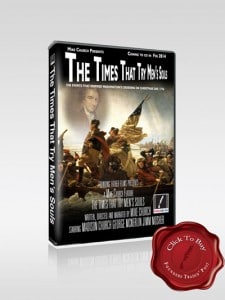 Mandeville, LA – Exclusive Transcript – “Chris McDaniel is actually on the Dude Maker Hotline with us right now for the first time.  Hey, Chris.  Welcome to the program, sir.  We are fans of yours.  Tell us why Chris McDaniel in 2014 against Thad Cochran, what made you decide that Mr. Cochran needed the heave-ho?”  Check out today’s transcript for the rest…

Mike:  Chris McDaniel is actually on the Dude Maker Hotline with us right now for the first time.  Hey, Chris.  Welcome to the program, sir.  How are you?

Chris McDaniel:  I’m doing great, Mike.  Thanks for having me.  I’m a big fan.

Mike:  Very nice to hear.  We are fans of yours.  Tell us why Chris McDaniel in 2014 against Thad Cochran, what made you decide that Mr. Cochran needed the heave ho?

McDaniel:  Well, like many people across the country, I am watching Congress create this political aristocracy whereby they never listen to their people any longer.  Likewise, I noticed they kept shunning the Constitution.  At some point, it just felt compelling to enter this race.  Senator Cochran, being there 42 years, well, over four decades he’s had his time.  When he went there, Richard Nixon was the President of the United States.  We stand to reengage this system, to change it once and for all, to fight for our Constitution, to fight for limited government for a change, and, I don’t know, maybe even balance a budget at some point.  It was a combination of all of those factors.   Lastly, when he did not stand with Mike Lee and Ted Cruz and others when they fought to defund Obamacare — Mike, you’re right next door.  You know Mississippi is one of the most conservative states in the republic.  Next time somebody stands on that floor to fight for liberty, next time somebody stands on that floor to defund Obamacare, you can rest assured a friend of Mississippi is going to stand right there with them.

McDaniel:  Very, very well.  The polls right now are showing the race neck and neck.  The national press has converged on Mississippi.  They understand that this is the number one race in the country for a challenger to actually unseat an old incumbent that has been a moderate to liberal vote for many, many years.  It helps that I’ve been a state senator for two terms.  Certainly it gives us a little bit of a leg to stand on, and it helps that I have a solid conservative record to back up my position.  You put those things together and you shake them up and see that Senator Cochran and I have a big discussion to have in the next two months.  We feel like liberty and the Constitution is going to win this one.

Mike:  Do you think that Senator Cochran is actually going to meet you on the field of battle and you’ll actually get a chance to debate him?

McDaniel:  We’ve asked for that.  We’ve discussed it.  We’ve requested it.  So far, no, and I don’t think that he will.  That’s a shame.  It’s unfortunate because we’re fighting over ideas at this point.  Our adversaries are on the wrong side of history.  The establishment is on the wrong side of history, both Republican and Democrat.  We stand now to have that debate.  The people are listening; they’re waking up.  He needs to meet me somewhere, have a debate, and let people decide, but I don’t think he’s going to do it.

Mike:  Chris McDaniel is candidate for the United States Senate in the great State of Mississippi, the Magnolia State, right next door here to the Bayou State of Louisiana.  Chris, one of the things that strikes me and jumps out at me in what you’ve just said in the last three minutes here, it was the same thing that played itself out in Texas.  We all knew, who know Dwayne Stovall, we all knew that if Dwayne ever got the chance to be on the same stage with Senator Cornyn that it was over, that Cornyn would get clobbered.  Stovall actually knows the Constitution, knows the constitution of Texas, knows Texas, knows the concept of federalism, and if any of the questions had any inkling that could be turned to a discussion of federalism the way Dwayne explains it, it gets people motivated.  Are you similarly motivated by federalism, a return to federalism and republicanism?

McDaniel:  Absolutely.  I think the division of those powers, if you will the fusion of those powers among the states of the people, it’s the only thing that can save this republic at this point.  The Constitution matters.  It’s our roadmap for success.  It was a roadmap for prosperity for 175 years and then it was changed dramatically.  We’ve ignored the politicians that have ignored the Constitution and that has to stop.  The First Amendment matters.  The Second Amendment matters.  The Fourth Amendment matters.  It all matters and it all has to be fought for because they meant what they said and they said exactly what they meant.  I am a proponent of originalism, strict constructionism.  I’m a Scalia kind of a guy, a Thomas kind of guy.  I think we have to bring those ideas back to the forefront if we’re going to save this country.  The best way to do it, if it’s not in Article I, Section 8 of our federal Constitution, the central government probably shouldn’t be doing it, period.  Let the states regain control of those matters and let’s move forward the way the Constitution intended so many years ago.

Mike:  Let’s talk about Mississippi for a moment.  What’s the biggest issue that a United States senator could confront on behalf of the people of Mississippi that Senator Cochran has not confronted?

McDaniel:  There are three.  The first, naturally, is Obamacare.  It’s the most unpopular legislation in history for a reason.  Senator Cochran voted to fund it, not once but twice, so that’s a real issue.  Secondly, and perhaps more importantly to a certain extent, Mississippi, like every state, has a republic it needs to be responsible about.  The people need to understand that our spending habits are out of control and they have been for an awfully long time.  Mississippians know this is a moral issue.  We cannot continue to spend with a country that’s $17.3 trillion in debt, $200 trillion in unfunded liabilities, where we borrow 46 cents out of every dollar we do spend.  At some point the adults have to enter the room and stand with principle.  The people in Mississippi are beginning to understand that.  We, for years, like many states in the South, have received a different portion of federal aid.  At the same time, we have to recognize the limitations of that central government and authority.  Those are the two big issues.  There are dozens of others.  The idea that Senator Cochran would vote to bail out Fannie Mae and Freddie Mac and vote for the Cash for Clunkers program, the idea that he would vote for higher income taxes or higher gas taxes or higher internet taxes, the idea that he’s voted to increase his pay every single time that vote is put before him, it’s a different philosophy of government.  He’s a big-government guy; I’m not.  He adores the central government; I don’t.  I’m more Jeffersonian; he’s not.  This is a debate that needs to take place and the people right now are responding.

Mike:  By the way, folks, I do know that Justin Amash is from Michigan.  I don’t know why every time his name comes up I say Minnesota.  I apologize to the congressman.  For some stupid reason, Chris, I just had this fixation that Amash and Minnesota go together.  I know he’s from Michigan.  I’ve actually met him and shaken hands and broken bread.  Anyway, I didn’t want to take away from your time, I just wanted to clarify Justin Amash is from Michigan.  Talk for a minute if you would, what would happen if — and this would be a miracle amendment — sans an Article V Amendment Convention, let’s just say an amendment made its way out of the House and made its way over to United States Senate and you were Senator McDaniel at that time.  This would be Amendment 28 and it would repeal basically Amendment 17.  How would you vote?

McDaniel:  Absolutely yes, of course.  It makes sense, doesn’t it?  It gives the states a bit more control over the apparatus the way our founders intended.

Mike:  I ask this question in all honesty and earnest because I don’t know the answer and I look forward to hearing the answer.  Senator Cochran is also one of the guys that consistently votes for hundreds of billions of dollars of funding for what is called national defense, that really, basically, is crony capitalism for defense contractors.  We have, and as you know, Chris, significant portions of Louisiana, Arkansas, Alabama, Tennessee, Kentucky, Mississippi, Florida, we have many members of our National Guard that are called into service and shipped off to faraway places around the world.  Is the footprint of American foreign policy too big, about right, or needs to be bigger? 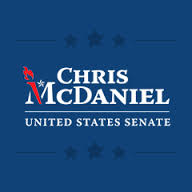 military family.  I value our soldiers, our men and women in the military, but if we value them the way we say we value them, then we cannot engage them in every conceivable foreign entanglement.  That would include, of course, a Syrian civil war, for goodness sakes.  At some point we have to be much more prudent with our foreign policy.  We have to recognize that American blood and treasure is very important, but particularly American blood.  It’s just not a good idea to intervene in places where we don’t belong and spill that blood for political reasons.  Naturally, we have to take care of our men and women in the military.  A good first place to start is to be much more prudent.

Mike:  Tell me about the Dawgs for Chris Rally today.

McDaniel:  We’re hitting the Mississippi State this afternoon.  I believe it starts at 7:30.  We’ve had incredible excitement around the colleges and universities in our state.  We have almost 200 at Old Miss here a month and a half ago.  These are 18- and 19-year-olds.  If we could engage that system, if we can begin to share these ideas of liberty and freedom with these young people, we’ll see a huge resurgence and hopefully a saving of our Constitution.  Tonight we’re going up there.  I’m going to spend time meeting a whole bunch of new people.

Mike:  Have you met with, spoken with Senator Paul or Congressman Paul since you decided to run?

McDaniel:  I have not.  I’ve spoken with quite a few of his people, but I have not spoken to him yet.  Others I have, certainly.  We went to a Club for Growth Conference.  We’ve been to the Senate Conservative Fund stuff across the country.  We’ve been around.  We’ve been looking at this for a while and we’ve had a great time.

Mike:  When is the election in Mississippi? You’re part of Super Tuesday, I believe, right?

McDaniel:  It’s June the 3rd, two months from now, to the day.  We’re ready to roll.