The Destruction of the Family

Mandeville, LA – Exclusive Transcript – “I view this not as the actions of humans.  There has to be a supernatural force that’s at work here.  The dissolution of the family and the things it entails have to be executed by mankind and by humanity.  If mankind is to survive and prosper and be happy, he wouldn’t execute these things.”  Check out today’s transcript for the rest….

Mike:  David, you’re next up on the Mike Church Show.  Hey, David, how you doing?

Caller David:  Let me preface this by saying I’m in a men’s group that the gist of our group is how to be a godly man.  You talked a couple weeks ago about –

Caller David:  It’s something that’s very beneficial.  You talked a couple weeks ago about some of the problems we have now being due to the sexual revolution.  I would take it a step further and say it’s not the sexual revolution but rather the rise in feminism.  Feminism says anything you can do I can do just as well if not better, and not only that, that includes raising a child.  The fact of the matter is, you can’t raise a child without two parents.  It just doesn’t work.  We know that men and women are different.  If a child is not exposed to both halves, they have no chance of being – they have very little chance of being successful.  You and I both know it’s a multi-faceted thing, but still, you need both.  That also goes to the homosexual agenda.  Two females can’t aptly raise a child, period.  If a male doesn’t have a male role model, he doesn’t know how to be a male, therefore he just can’t be.  It goes for women as well.

Mike:  He is a socialized being and in large part a product of his experience or his knowledge that he’s gained.  Another one of these wonderful things you’ll learn in studying Thomistic philosophy or scholastic philosophy is that all of our knowledge, other than what is programmed into our intellect by Almighty God when we’re born, all of our knowledge is acquired through the use of the senses, either touch, smell, sight, sound.  When you get those senses, that’s how you acquire knowledge.  The child will still acquire knowledge whether he has one or two parents.  The question is: What kind of knowledge will he or she acquire?  It is just as disastrous for a little girl to grow up in a house without a father as it is for a little boy.  A little girl also will not see the philosopher, king, and priest of her household on a daily basis.  That’s what men are charged with.  You are in charge.  You’re the philosopher, you’re the king, and you’re the priest.  You bring how to think into the house.  You bring what to think into the house.  Then you execute it.  Think about that.

There’s a Catholic priest that wrote in Latin Mass Magazine, I touched on it a couple months ago, a wonderful story.  He broke it down into that: philosopher, king, priest.  Just think about the three roles.  The philosopher is how to think.  Program the brain so that it thinks correctly, so that the computer works correctly.  The priest, what to think, the proper things to think, the proper moral things to think, the proper view of those moral things, and everything else.  The king enforces it all.  The king takes care of the mother.  The king takes care of the other subjects as well.  The king provides.  The king enforces the law.  It’s actually a beautiful and very simple way to break down the two-parent family, which is not to say that the mother doesn’t have a role, because of course she does.  She has a phenomenal role, the second most important role.

What I would say, David, the principal thing that we ought to be talking about when we have these discussions about families and about the dissolution of two-parent families, or the family as conceived and blessed and sacramented to us by Almighty God is, we can say all we like that the libs are trying to destroy our society by creating the one-parent family or the homosexual family, or that radical homosexuals are trying to destroy the fabric of our society, etc., etc.  The fact of the matter remains that, if we are indeed programmed for survival, then neither one, neither the libs or the homosexuals, would then be doing things that would produce familial unhappiness, which would mean an absence or a lack of families.

I view this not as the actions of humans.  There has to be a supernatural force that’s at work here.  The dissolution of the family and the things it entails have to be executed by mankind and by humanity.  If mankind is to survive and prosper and be happy, he wouldn’t execute these things.  They’re anathema to it.  There has to be a supernatural force at work here.  It’s diabolical.  To me, that explains it.  The fact that modern man thinks he can fix it by laws or lectures or rules or whatever the case may be tells you everything you need to know about just how successful that supernatural, demonic force has been.  Not only has he been successful in implementing his scheme to dissolve the family and therefore dissolve man – remember, Satan was cast out because he hates man.  He questioned man’s freewill and God said: Don’t you dare question me.  He kicked him out.  He despises us.  He despises all of humanity.  It only makes sense that he would concoct this plan.

We are so overrun with and so possessed of the idea that there is no supernatural because [mocking] “we can’t see it” – you can’t see atoms either.  Are they there or not?  We reject the spiritual and we reject the existence of the spiritual world – it is there – and we fail to see and therefore can’t put up a proper defense to what it is that’s causing this.  What is the ultimate cause?  This is what the philosopher looks for.  That’s our failing.  Bring that message to your men’s group. 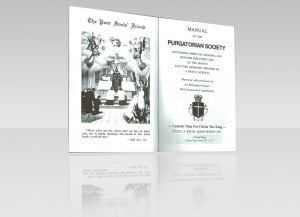 Mike:  What about the rugged Christ that was the greatest martyr that mankind has ever witnessed?  That’s the rugged Christ that you’ve got to remember, my brother, the one who could have struck down – to use Old Testament term, he could have smote all those people in that square that were screaming, “Crucifige eum!  Crucifige eum!”  That’s Latin for “crucify him.”  He could have wiped them out.  The greatest display of humility mankind has ever seen, the greatest example of humility that we’ll ever have is the God child, the God man.  He had two natures, divine nature and nature of man.  Could he eat?  Yes, that’s man’s nature.  Could he perform miracles?  Yes, that’s the divine.  In that divine nature, he humiliated himself, allowed himself to be humiliated.  That’s manly, worthy of copying, don’t you think?