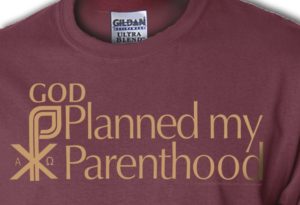 Mandeville, LA – Exclusive Transcript – We’ll say hello to our special guest, Professor Dr. Kevin Gutzman, author of James Madison and the Making of America, author of The Politically Incorrect Guide to the Constitution, which covers the subject, author of Virginia’s American Revolution, and co-author of Who Killed the Constitution is on the Dude Maker Hotline with us.  Good morning.  Happy Tuesday to you, professor.  How are you?  Check out today’s transcript for the rest….

Mike:  We’ll say hello to our special guest, Professor Dr. Kevin Gutzman, author of James Madison and the Making of America, author of The Politically Incorrect Guide to the Constitution, which covers the subject, author of Virginia’s American Revolution, and co-author of Who Killed the Constitution is on the Dude Maker Hotline with us.  Good morning.  Happy Tuesday to you, professor.  How are you?

Mike:  She was not nearly as detailed as James Madison and the Making of America. [/private]

Gutzman:  Let’s say I found many ways in which I didn’t really think that was the greatest book ever.  I will tell you, I will say that Mrs. Cheney did perform the service of proving, I think, that Madison actually had epilepsy.  For a long time, since Madison’s own lifetime, people thought that Madison had an ailment that was akin to epilepsy.  Apparently it was epilepsy itself.  Mrs. Cheney put together data that showed this.  I grant her that.  When it comes to the question of how Madison affected the drafting of the Constitution, or what the significance of the Federalist Papers was, or his foreign policy’s likelihood of success, or basically anything else in his political life, I didn’t find myself in agreement with her.

Mike:  As the case may be, I have in front of me — I spent the last hour reading from — The Virginia report of 1799-1800 . . . the Virginia resolutions of December 21, 1798.  I won’t need to perform a review of that material with you because you’re the one that told me to read it.  I don’t have to go over this with you.  Every time I pick this book up — this book is dog-eared.  It is abused.  I couldn’t sell this as a used book because it’s so abused.  I have post-it notes stuck in there.  I have business cards in there.  I have pink highlighter, green highlighter, yellow highlighter.  I have little post-it note page tabs and I wrote with a Sharpie pen on what particular points I can refer to.  In other words, it’s a really marked-up book.  Maybe I could sell it like that.  Maybe I could sell the marked-up version of The Virginia Report.

James Madison’s take on the third Virginia resolution ought to be required reading for anyone who is going to profess to be an expert on the Constitution, I think.  I just read it to the audience today.  It’s not very long.  It’s only maybe a page and a quarter or so long.  In it we find what I think still today is a very beautiful and, as simple as Madison is capable of, a very simple explanation of A, what is a federal government, B, what is a compact that one could enter into in order to join this federal government, and C, what are the powers that remain with the parties that entered into Part A and Part B.  Where am I wrong?

Gutzman:  You’re right.  The only thing you left out is it’s not only the powers that remain with the parties but it’s also the responsibilities and duties that remain with the parties.  The problem that the situation in Rowan County, Kentucky raises is: Who would assert that?  What Jefferson in The Kentucky Resolutions of 1798 and Madison in The Virginia Resolutions asserted was that the states were parties to the compact that created the Constitution, or that is the Constitution I should say, and as parties to the compact they had ultimate responsibility for ensuring that the federal government didn’t abuse the people by exercising authority not granted by the Constitution or by abusing authority granted by the Constitution.  If the state legislature decided that the federal government was abusing its authority, then the state legislature, The Virginia Resolutions drafted by Madison said, have the right and are duty bound to interpose.

What’s going on in Kentucky is not the legislature but a very minor state government functionary — when I say very minor, I mean very minor.  She has decided that she is going to assert that the federal government is abusing its authority and so she’s not going to comply.  I don’t think that she has the right to do that under Madison’s and Jefferson’s system, theory of the federal system.  I also think — and perhaps this is of more pressing and immediate importance — there’s no chance that anybody in the federal system is going to change their position regarding homosexuality and marriage on the basis of the fact that a county clerk in Rowan County, Kentucky is flouting the decision of the US Supreme Court.  There’s no way that’s going to happen.  If that could happen, then we have tens of thousands of state officials all over the country, each of whom has veto over decisions of the US Supreme Court.  It’s laughable in itself.

Of course, you and I both think that what the Supreme Court did was a screaming outrage, and we’ve talked about this before.  My state of Connecticut decided to have gay marriage and that was constitutional.  Kentucky decided not to have gay marriage and that was constitutional.  Anthony Kennedy gave us an opinion with basically no law and no history in its justifying the imposition of a policy that the people of Kentucky exercising their rightful constitutional authority rejected.  Kennedy decided that was going to be the position of the whole country.  He had no moral or philosophical basis for doing that.  He had no legal argument.  This is just ridiculous.  Again, if somebody is going formally to make that argument, it needs to be a state legislature.  It needed to be a state government.  There needed to be a governor saying: We’re not going to comply.  Why?  Because we don’t understand that we have to under Jefferson’s and Madison’s reading of the Constitution.  I think that woman is going to sit in jail until either her term expires or she gets tired of doing this because, again, there’s no way the federal government is changing its position on the basis of the opinion of the county clerk of Rowan County, Kentucky.

Mike:  She’s basically asked the Sixth District for an ecclesiastical, a similar thing we could say ecclesiastically is what’s called a dispensation.  Can I just get a dispensation to where I don’t have to do it and someone else in the office has to do it?  That’s where it currently is.  Whether or not that’s granted, that will probably dictate whether she gets fitted for a custom-made set of black and white stripes and that ankle bracelet with the iron ball attached to it I was talking about earlier. [/private] 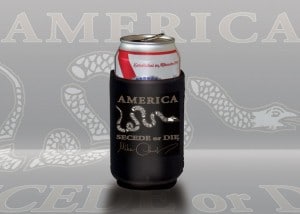 Gutzman:  You and I may think that this is sensible, and in fact the legislature of Kentucky could pass a law changing its requirement that the names of county clerks appear on these certificates in each county in Kentucky.  The problem here is, although apparently the president of the Kentucky State Senate has said that he is interested in doing something like that, the governor of Kentucky has said that the legislature is not in session and he doesn’t think this is important enough to merit calling the legislature into a special session, so he’s not going to do it.  She’s going to rot in jail for months and months waiting for that to happen.  What’s the alternative to that?  Resigning.  There’s an alternative.  She could resign.  You might think: Well, this seems to concede the rightness in a philosophical sense of the Supreme Court’s behavior.  The answer is no, it doesn’t.  What it concedes is that what you’re doing is not going to change the situation.  Again, nobody has ever made a coherent argument that every county clerk in the United States should be able, on a local basis, to veto implementation of decisions of the US Supreme Court.