Mandeville, LA – Exclusive Transcript – We are no better morally speaking, marginally better morally speaking than the Aztecs and the Mayans.  When Hernan Cortes landed here, or landed in Mexico, San Juan de Ulua was the first port he landed in, I believe.  He stayed there for a while, met some of the natives, and then proceeded to what is today called Veracruz.  Check out today’s transcript for the rest….

Mike:  We are no better morally speaking, marginally better morally speaking than the Aztecs and the Mayans.  When Hernan Cortes landed here, or landed in Mexico, San Juan de Ulua was the first port he landed in, I believe.  He stayed there for a while, met some of the natives, and then proceeded to what is today called Veracruz.  On Good Friday he landed.  What Cortes saw is seen in another form in the temples of Planned Parenthood, defended by the American government and the American state and American citizens’ ghastly sacrifices of human flesh offered up to some unnamed deity for what?

Actually, we know the name of the deity.  It’s the deity called liberty.

What did Cortes do?  Cortes told his men: Go burn nine of the ships.  We are not leaving here.  We are going to convert these savages from their demonic worship to Christians.  It was 638 against 15 million.  Of course, it’s usually told as the horrors of the Spanish Inquisition and how the Spanish Cortes went in there and sewed disease, force fed — can you imagine an Aztec priest, Montezuma, sitting there going: You’re not going to impose your religion on us, buster.  We’ve got our own.  We don’t need your religion.  I’m going to make a Project ‘76 webisode out of this.  I’d just like to read to you what it was that Cortes wrote when you ponder that Americans can know that Mayan- and Aztec-like human sacrifice is going on in these Planned Parenthood temples and go about their lives worrying about who’s on their fantasy football team.  Just think about that.

Here is what Bernal Castillo, one of the men who was a conquistador with Hernan Cortes — he was very devout, a very devout Catholic.  He said this thing called the little office every morning before he would do anything, and his men knew him as one of the most reverent men.  That’s why they followed him.  That’s why they didn’t revolt when he said: We’re outnumbered and all that but we’re not leaving until we do God’s work.  Here’s what Castillo wrote when Hernandez sent him in an expedition boat into the port or into the harbor of San Juan de Ulua to go meet with the then-native Mexicans, Aztecs, Mayans.  I think they were Aztecs.  This is from Castillo’s book, which is the best book on the subject ever written, Memoirs, of the Conquistador Bernal Diaz del Castillo written by himself containing a true and full account of the discovery and conquest of Mexico and New Spain.  We can make this — just imagine that the same thing is happening — replace the moving parts here and the buildings with Planned Parenthood clinics, abortion centers.  It doesn’t have to be Planned Parenthood, any abortion mill.

. . . the General and thirty of us soldiers, well armed, went in two boats to the Island and we found there a temple where there was a very large and ugly idol which was called Tescatepuca and in charge of it were four Indians with very large black cloaks and hoods, such as the Dominicans or canons wear, or very much like them, and these were the priests of the idols, and they are commonly called Papas in New Spain, as I have said before.

They had this day sacrificed two boys and cut open their chests, and offered the blood and hearts to that cursed Idol. The priests came towards us to fumigate us with the incense with which they had fumigated their Tescatepuca, for when we approached them they were burning something which had the scent of incense, but we would not allow them to fumigate us, for we all felt much pity at seeing those two boys who had just been killed and at beholding such great cruelty.

Mike:  That sight and that experience then reported back to Cortes is what drove those 638 men, 500 soldiers, 138 seamen, is what drove them to burn their ships and begin the conversion of Mexico.  Cortes would not be able to do this on his own.  He would be able to defeat the armies of Montezuma and Montezuma’s successor, but it wouldn’t be until Franciscan and Dominican friars by the hundreds came into Mexico and established missions that the conversions would begin in earnest.  After that, until little San Juan saw Our Lady of Guadalupe and that miracle was then accepted by the Mexican people and that’s what really began the conversion.

Just think about that.  That’s what the Spanish did.  Were there greedy Spanish that wanted the gold, before you can send me a piece of hate mail?  Yes.  Were there greedy Spaniards that only faked their Catholicism so they could get access to the gold and visited horrors upon the Aztecs?  Before you can send me hate mail, I will answer.  Yes.  Save it.  It’s all part of the record.  Fallible men do fallible things, many times nefarious, murderous, mortally sinful things.  That does not mean that all do it, nor that they were carrying out the wishes of a God who told them to do it, because they weren’t. [/private] 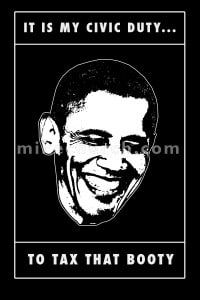 Where’s our conquistadors to convert all those going into those abortion clinics, to convert all those young men and women who think it’s so much fun and there’s no consequence to their rampant, braggadocious now, public performance of illicit, salacious sex with men and women who they’re not married to, and then bragging and boasting about it, posting photographs of their escapades, talking about it publicly, telling Vanity Fair and anyone else who will listen about it.  You don’t think all these things are related?  Of course they are.  But don’t worry, Hillary’s got emails and we’ve got Trumpzilla.

I read Bernal Castillo’s account of the temple that they conquered, the main one.  It took almost a year-long campaign.  What they found when they got there — Mel Gibson’s Apocalypto does a pretty good job of showing what they were doing.  That’s pretty accurate.  Gibson used Castillo’s book, his diary, as the basis for part of that story and screenplay.