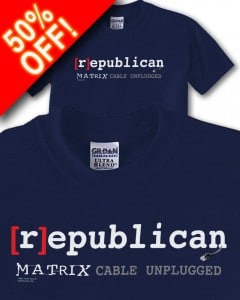 Mandeville, LA – Exclusive Transcript – “If Joseph R. Biden, the Vice President of these United States, were to decide that he was going to enter the race, then many of your fantasies about Mrs. Clinton being brought up on charges of espionage and violating federal law and buried under the jail at Leavenworth and suffering calumny and rebuke and all these other things become not only possible but probable.  That’s how Biden and that’s how the people that would back Biden would demand that they dispatch with Hillary.  It’s not going to be done in the debate.  It’s not going to be done through fundraising because she’ll clobber him in fundraising.  It has to be done so that she is removed.  She can’t be part of the campaign.”  Check out today’s transcript for the rest….

Mike:  So that I have covered the base — I’m not going to predict that it’s going to happen because I don’t have that spidey sense and intuition that usually serves me very well in these things.  I do think we should proceed with caution on this, though.  Let’s just pretend for a moment that in 60 to 90 days — there’s no hurry to do this, and you’ll see why in a moment here.  Let’s just say for the purposes of this hypothetical — by the bye, hypotheticals are useful only in as much as they may — a hypothetical may inform or help guide you or us on something that we’re currently doing.  You can’t base anything on

a hypothetical because it’s not provable.  Unfortunately today almost all of science is based on hypotheticals.  That includes science that undermines the divinity and the omnipotence of Almighty God as the creator.

I’ll give you a hypothetical.  So 60 to 90 days from now, we are regaled with the news that Vice President Joseph R. Biden has decided that he’s going to run for the presidency and that he will seek the nomination of the Dumbocrat Party.  This is not hypothetical.  I suspect right now that Bubba Clinton and all the Clintonistas out there are working double time and triple time to try and prevent this from happening.  I’m going to tell you why.  I can hear Bill now.  [mocking] “Well, that depends on what your meaning of the word ‘is’ is.  Hello, Joe.  You’ve been a good guy, serving in the party and all that, but I’m the king.  You understand me?  I’m the one who’s got the El Camino, not you.  I’m the kingmaker and I say Hillary is the queen.  Stay out of it.”

If that were to occur, if Biden were to decide — there is a faction inside the Dumbocrat Party that despises and loathes both of the Clintons, Mr. and Mrs. Clinton.  They can’t stand them — think people like Bernie Sanders — because they’re not doctrinaire lib enough for them.  There is not a wing inside the Dumbocrat Party that is practical or pragmatic that despises the Clintons because they obviously get things done.  This is the internecine battle that’s going on right now, whether or not Joseph R. Biden should get enter the race.

Were we to learn, 60 to 90 days in — again, it’s hypothetical.  It has no meaning whatsoever.  As I said, it can inform some of the things that we may be thinking about doing today or thinking upon today.  If Joseph R. Biden, the Vice President of these United States, were to decide that he was going to enter the race, then many of your fantasies about Mrs. Clinton being brought up on charges of espionage and violating federal law and buried under the jail at Leavenworth and suffering calumny and rebuke and all these other things become not only possible but probable.  That’s how Biden and that’s how the people that would back Biden would demand that they dispatch with Hillary.  It’s not going to be done in the debate.  It’s not going to be done through fundraising because she’ll clobber him in fundraising.  It has to be done so that she is removed.  She can’t be part of the campaign.

You see, this is the dynamic that’s going on.  No one is writing about this but it is 100 percent logical.  That’s why there’s not an announcement.  In order to do this, the Obama admin — and I suspect that’s probably why the inspector general of the Injustice Department has said: Yeah, we’ll open a little investigation up on Hillary.  That’s to hedge the bet — if you’re a craps player, that’s the bet you put on the “Don’t Pass” line or whatever.  I’m not a very good craps player.  I know enough to be dangerous and lose a lot of money, let’s put it that way.  That’s what’s going on.  It only makes sense and that’s why Obama and Biden and all the rest of them are silent on it.  They know that Biden cannot beat Hillary in a primary.  They know this.  Everybody knows it.

This brings up some very juicy discussion points, does it not?  If what I’m telling you — this is, again, hypothetical.  If what I’m telling you is correct and this logical thinking here is actually taking place, that means then that the Clintons have to be apprised of this.  They’ve got to know.  There have to be double agents working inside the federal monstrosity that are data mining info and feeding it to the Clintons on this.  This helps to explain why this mythological and now the most famous personal web server in the history of personal web servers is going to be turned over to the Justice Department.  It precisely explains that.  Let’s give them something to show them they don’t have anything.

That may be enough to inspire some of you to keep the email and “she’s going to go down for Benghazi” flame burning.  It won’t be Benghazi that sinks her.  It’ll be something Watergate-like, some violation of, and it’s got to be something that can be hanged around her neck like a millstone.  As I said, President Obama is the one who is really going to have to pull the trigger on this because he’s the one that’s going to tell the AG or whoever, [mocking] “Yep, you’ve got her.  Go after her.  Bring her down.  Bring her in.  Do what’s right for the country.”  That’s the scenario.

David and I talked about this for about half an hour.  That’s the way politics is played today, sad as that may be.  The Obamas and the Bidens — if Joseph R. Biden is to become a candidate — would have to crush Mrs. Clinton, crush her, because she cannot be beat electorally.  He is not a good candidate.  But like McCain and like Romney, he waited his turn.  He was a good boy.  He backed out in 2008.  He graciously became Obama’s nominee.  He’s been a yes man.  He’s been an attack dog.  He’s done everything they’ve told him to do.