Christ Was Humiliated FOR Americans 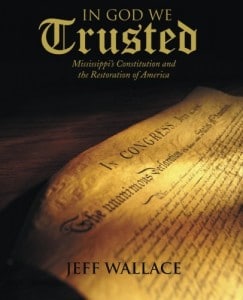 Mandeville, LA – Exclusive Transcript – “Isn’t it amazing that with all the flaunting and near display of private parts, near display of the bosom, the décolletage of women these days, with all this display of the sexual parts of the body that we are inundated with as a civilization these days, you’d think the birthrate would be through the roof.  You’d think that people would be making babies like bunnies, but the exact opposite is true.  How can that possibly be?”  Check out today’s transcript for the rest….

Mike:  I have some things in mind here to add to this discussion.  I had mentioned the promiscuous, no, revealing, no, tawdry, getting closer, immodest, going further away now, trashy dress of the pubescent or young adolescent girls on the TV show Dance Moms and how they dress in competition and practice, etc., etc., and why are there no adults that are in the room and caring for those little girls’ innocence, their modesty, their chastity, their purity, etc., etc.?  I said nothing about being a dancer.  I simply questioned the manner in which they dress.  It’s not just the girls that are at the Abby Lee studio, it’s the other ones, too.

This brings us to another discussion here.  Isn’t it amazing that with all the flaunting and near display of private parts, near display of the bosom, the décolletage of women these days, with all this display of the sexual parts of the body that we are inundated with as a civilization these days, you’d think the birthrate would be through the roof.  You’d think that people would be making babies like bunnies, but the exact opposite is true.  How can that possibly be?

Well, if we use logic, there are a couple of explanations.  We could say they like to dress promiscuous.  Women like to run around and show their body parts and guys like to run around and show how buffed-up they are, etc., etc., but by and large they remain chaste and virginal and pure.  Okay, logic could say that is an option.  Common sense and experience says it is not.  We’ve got to go ahead and scratch that one off the list.

Let’s go ahead and scratch that one of.  What else could be causing all this sex-charged atmosphere that we live in and with the exhortation to just do it?  It could be that there is something that’s coming between all the sex acts and conception.  Wait a minute, wait a minute, what could that be?  They call that contraception and contraceptives.

So we have Jebediah Bush whining into his aristocrat tea at a function in San Francisco yesterday about the pathetic state of the birthrate in the United States, without ever bothering to say one word about what may be causing it.  Instead he says: What we need to do is import new citizens.  Since we can’t make them, let’s import them.  Then whining about the amount of married women.  The amount of single women is rising.  All of these things were foretold, ladies and gentlemen.  They were all foretold.  I won’t bore you with the details, but I’ll tell you that around 1923 or so, Pope Pius XI wrote an encyclical that seemed fantastical at the time.  Every sentence in that encyclical has come to fruition, every single one of them, the immodesty of dress, the lack of fertility, the decline of marriage, the increase of divorce, pornography on the rise.  Logic would also tell us as well, if we’re wondering why the birthrate is down while all these displays of sex are up, it could be that 100 million or so American men are choosing not to impregnate females with all the desire that’s built up in them and instead turn to pornography.  I won’t get into the details of what goes on there, but you can figure it out yourself.

Why is it then, if you’re a leader and a politician and you’re Jebediah Bush or someone of his stature, if you’re going to identify a problem like that that is obviously moral in composition, isn’t it incumbent to then identify a moral solution?  He didn’t give a moral solution.  He gave a monetary solution.  It’s like I always say, there is nothing in this union of states, no emotion — unless it’s one of true love, of course — that cannot be purchased, there is nothing that cannot be addressed, and there is nothing that cannot be solved if you just spend your money correctly.  Yet you’re not going to get the population to increase.  You’re not going to get the birthrate up.  You’re not going to retain a labor force through monetary means.  That’s not how it works. 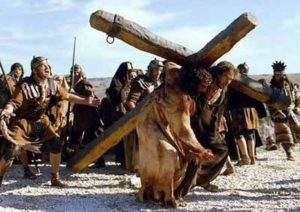 Now, don’t hold your breath for any candidate to come forward and embrace what I just said.  That’s also not going to happen.  The closest you’ll get to this is if little Ricky Santorum decides he is going to throw his hat into the ring, as they say, and run.  Then you might get some of the discussion that I’m having right now.  That’s the only way you’re going to get it.  No one is going to take their national platform of access to tens of millions of people in a presidential campaign and use it to try and revive our collective morality, or to try to dissipate our collective immorality.  We are firmly ensconced, our tires are stuck to the road to perdition.

Ladies and gentlemen, maybe that’s where we look at being stuck on the road to perdition the wrong way.  I know I do and if I don’t read great works like the Reverend da Bergamo’s Humility of the Heart, I would be stuck in the position that I was in.  I wouldn’t consider these things in the way in which I consider them now.  There’s a lot of whining, a lot of carping, a lot of hand wringing, a lot of gnashing of teeth, oh woe is us, the situation is horrible, we live in dark times, etc., etc.  We’re all guilty of it, I know I am.  I confess.  I beg forgiveness.  It does not have to be looked at that way.

The correct way for the Christian gentleman and gentle lady to look at this is to recall that the greatest suffering and the greatest humiliation that we know in the historical record was the suffering and humiliation suffered by our Lord.  He didn’t have to subject himself to being circumcised when he was eight days old.  He’s God.  He could have said no.  He could have done it himself painlessly.  Instead he chose to be humiliated.  Think about that.  He didn’t have to subject himself to be questioned by a bunch of old men who couldn’t hold a birthday candle to the towering 30-foot-tall candle of his intellect, but he humiliated himself.  He didn’t have to be taken out of that garden, hauled up into Pilate’s chamber, chained to a pillar and beaten within an inch of his life, and then paraded out for all to see.  He could have stopped that.  He could have put a force field up on his back.  He’s God.  He didn’t do it.  He allowed himself to be humiliated and accept the suffering.  He never once cursed anyone, never called an army of angels down to strike anyone, or, to use Old Testament, to smite anyone.  He didn’t do any of those things.

Those Roman soldiers grabbed him and put the crown of thorns on his head and stuck those thorns into his brow.  When Pilate presented him again: What should I do with him?  “Crucifige eum,” they said, “Crucify him!”  He could have wiped that entire yard down, knocked them out.  He didn’t.  He humiliated himself again, allowed himself to be humiliated.  They dragged him up to a hill called Golgatha, nailed him to a tree, as St. Peter said, and crucified him.  The Romans laughed at him, took his cloak, sold it, mocked him.  The entire town of Jerusalem mocked him, denied him.  He was totally humiliated and suffered through all this and forgave people all the way.  He even made a saint out of the man who pierced his heart with a lance.  All the way to his death he was making saints.

I can try and be an example of what our Lord said that we should be.  I should be happy in that.  I was given the opportunity to live amongst all this evil and the knowledge and power of the Holy Spirit to try and do something about it.  This is a great time to be here.  I am ecstatic to be here.  Folks, present company included, yours truly, this

is not the way our brains are seasoned to think.  It is not the way most of our parents and educators rear us to think.  This is part of the problem.  Since they haven’t done it, then we’re going to have to train ourselves.

I guess the point is that at any time in the history of man, Western civilization since our Lord departed, ascenditor de caele, we are presented with one of the grandest opportunities ever.  As a friend of mind says, it shouldn’t be that hard to become a saint in this climate, seeing as how it’ll be easy to call persecution down on you.  It’ll be easy to call calumny down on you.  Just smile all the way.  What’s the old saying?  Kill them with kindness.  Folks, we have to train ourselves.  We have to rethink the way we think about these things.  We have to approach all of them with the most profound humility possible.  That’s the way to get through this.  If we whine and cry our way through it, we’ll be where we are today.  If we do the opposite, perhaps a future generation won’t be where we are today.  Class dismissed. 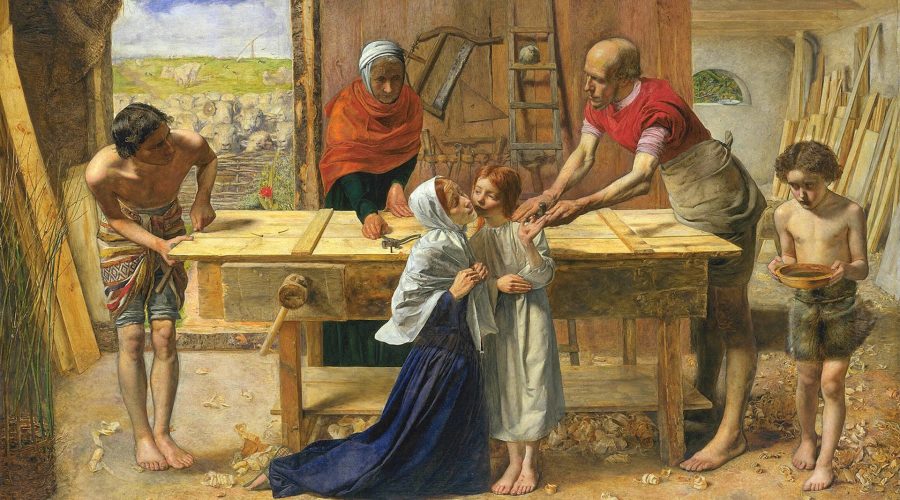