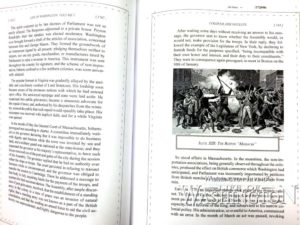 Mandeville, LA – Exclusive Transcript – My friend and colleague, David Simpson, is here with me.  When we talk about Wisdom Wednesday, we’re talking about three things: knowing, being, and doing.  We start with the knowing.  Everything starts with knowing.  Check out today’s transcript for the rest….

Mike:  My friend and colleague, David Simpson, is here with me.  When we talk about Wisdom Wednesday, we’re talking about three things: knowing, being, and doing.  We start with the knowing.  Everything starts with knowing.  One of the most fascinating things about Wisdom Wednesday or about the study of or trying to acquire wisdom, which comes to us — what is it, the most perfect knowledge put into the most perfect —

Mike:  — into the most important truths —

Simpson:  In the right order of emphasis.

Mike:  — in the right order of emphasis and then you get wisdom.  People have, I think, poor definitions of what is wise and what wisdom is.

Simpson:  Let me put it to you this way.  Church, Ferrara, Simpson, morons.

Mike:  Let’s go back to the argument here or a little bit of the discussion from last hour.  Chris, you don’t have the advantage of having been here last night.  I said to the audience in the first hour, I should have just surreptitiously recorded David and I’s post, philosophia perennis conversation.

Simpson:  That was a little wine-induced.

Mike:  Yeah, it was a little alcohol-induced but that was okay.  We should have just aired that because that would have been a great hour of radio.  One of the things we talked about — Brother Andre Marie had brought this up last night.  We’re still talking about what’s going on in Kentucky with Kim Davis and what has happened nationwide as a result of the edict of the Supreme Court, the almighty moral tribunal that’s not a tribunal of the Supreme Court.  We talked just for a minute last night of Richard Weaver’s famous phrase that ideas have consequences.  Weaver wrote that in his book The Southern Tradition at Bay, which every Southern man ought to read.  [mocking] “Mike, why should I want to read a book by Richard Weaver, some philosopher guy?”

Well, number one, because what Weaver writes about is his love for the South and how much he loves it, how much good is in the South.  Number two, the perils and dangers that Weaver saw in the Southern tradition.  David, what he meant by the Southern tradition at bay is that Southerners, unfortunately, had kept a tradition at bay.  There was no cult for them to organize their culture around.  That’s really what led to the crack up.  It led to the secession, the rejection of the authority.  Ultimately then it led to the war.  Then because there was no cult to organize it all around, there was nothing to bring it back together.  Today now we have the materialistic Southerner who unfortunately is a caricature, and it’s an accurate character.  The redneck is a caricature of the materialistic Southern man gone bad.  As Brother Francis would say: He has nothing intelligible of what he’s doing, no ultimate purpose in what he’s doing.  That’s not a knock — that’s a criticism.  I’m hoping people start thinking about this.

Simpson:  I think Chris talks about this a good bit.  They had a faulty cult to start the country.  In the South, they wanted to hold onto that faulty or cracked culture that didn’t have a whole lot of substance to it and definitely no authority to guide it.  What did they rely on for their authority ultimately?  This is what you see.  I don’t necessarily agree with the caricature, but I think the caricature has some truth to it, which is the bigoted, pontificating Southern gentleman who knows everything and tells everyone how to do it.  That’s what you see when you look in the theater or in books.  I don’t always agree with the caricature.  I think some of that is false.  I think some of that really was a residual nobility that resided in the person.  A lot of it was nothing more than just bluff and guff because they didn’t have a legitimate cult to fall back on, to say this is what we ought to believe.

Ferrara:  The problem is, the good intentions of the Southern man with his residual Christian morality ultimately foundered because of the principle of private judgment, that is the foundation of Protestantism itself.  When I talk about this movement of conservative evangelicals in the United States in the 1860s, many of whom were from the North, most from the North, they had the right idea.  We need to have a Christian foundation for this republican and the Constitution should recognize Christ’s divine authority.  When confronted with the objection, you’re going to impose Christian morality on the majority, responded by saying: No, we’re going to follow the Christian morality of the majority.  The whole enterprise disintegrated on the basis of the very principle whose operation they were opposing.  The movement was ultimately incoherent because it ended up appealing to the majority rule on questions of morality, which is the problem with all kinds of Protestant religion, because the churches are ultimately controlled by the popular will.

This is what Orestes Brownson noted in his famous essay on how Catholicism is necessary to sustain popular liberty, because it’s the only church that doesn’t and shouldn’t respond to the popular will, even though today in the church we see a tremendous push for the responsiveness of members of the hierarchy to the so-called demands of the people.  The Church has held the line on basic moral issues precisely because it doesn’t respond to the popular will.  Now, Brownson said that the big objection against the Church being the conscience of the State is that the Church is guided by a pope who claims to be infallible.  Brownson turned that argument against his Protestant critics.  He said, quite simply: Precisely.  We do follow a pope who claims to be infallible.  No other Church makes that claim.  It’s because of this that the Church can hold the line on moral issues and sustain popular liberty, because it does not care what the people happen to think at any particular moment in history.  It follows the divine and natural law.  When you abandon that foundation, you end up with basically one revolution after another, a violent revolution, a social revolution, a cultural revolution.  The process never ends once you pull up your anchor and start drifting away.

Mike:  David and I talked about this last night.  The English philosopher — he was no Southerner but he could have been – G.K. Chesterton said: What I like to do is rather reckon this to a pyramid, you see.  If you invert the pyramid and you stand the pyramid on the point of the pyramid and put all the assorted religions and Christians on top of the pyramid, as long as they all obey and acknowledge there is one central authority which is directly below them and they stay in their respective spheres, the pyramid then is balanced and all is good.  The moment one of them says: Wait a minute, I reject that authority, and he goes to the other side, bammo, the pyramid begins to fall over and the whole enterprise is now shot.  That’s really – just look at the pyramid as just taking the weight, all the weight of the world, and distributing it downward to one focal point, to the one force that could possibly handle all of that burden, and then direct and support and guide all of those people.  Of course, that is the supernatural over the natural law.

David likes to say these things, Chris.  We like to, on Wisdom Wednesday, steer clear of the P word and the C word.  People are just naturally very guarded about their particular ecumenical denomination as it were.  That’s not going to get us anywhere anyway.  What we want to do is we want to find, as the Hungarians found with the Protestants and Christians getting together and going: Wait a minute, back in the day of St. Stephen, they didn’t have all these problems.  We need to go back in time.  We’ve got to find points where we all agree.  I think what Ms. Davis is doing — this is why this is a threat to the serpent.  What Davis did in Kentucky was basically — one of your guys that writes that actually had that as his headline, congratulations to the Protestant Kim Davis for repeating Catholic moral theology without being Catholic. [/private]

Ferrara:  Of course that’s what we’re talking about.  We’re talking about the truth.  We’re not talking about the pope for the sake of having a pope.  All the pope does is represent, through constant teaching, the law of God, the divine and natural law.  In that regard, let me recommend this movie to you, War Room, which I just saw the other day.  I think it’s a fantastic demonstration of how people are seeking the truths in good faith.  They are praying for divine guidance.  God answers all prayers.  This isn’t necessarily a strictly denominational appeal.  The only reason I bring in the Catholic Church is, ask yourselves why this church alone has maintained consistency in moral teaching for 2,000 years.  It isn’t because the pope wears a cassock and a skullcap.