Mandeville, LA – Exclusive Transcript – What she said is that since January of this year, she has been writing to the governor and writing to the attorney general of the state and asking them for a simple request, for a simple dispensation.  She does not have to place her authority as clerk of Rowan County on the marriage certificate for homosexuals.  It’s simple.  Check out today’s transcript for the rest….

Mike:  I was playing the audio from Kim Davis — this is breaking news here — as she is returned to work today to Rowan County.  I guess we don’t have any listeners in Rowan County because I’ve been saying Rowan County for two and a half weeks now, and I’ve even asked for people to correct me if they live — apparently we’re not big in Rowan County.  I know we have at least one listener in Kentucky, one that I know of.  She was making this announcement and she was explaining — now, this is something that has not been explained.  I just wanted to get this in on the program here today.  What she said is that since January of this year, she has been writing to the governor and writing to the attorney general of the state and asking them for a simple request, for a simple dispensation.  She does not have to place her authority as clerk of Rowan [/private]

Kim Davis:  . . . my simple request for an accommodation has gone unheard.  Whether I personally issue the license or whether one of my deputies issues it, the result is the same.  The license is issued under the authority of Kim Davis, County Clerk of Rowan County.  Besides my conscience, there is a real need for the legislature to address Kentucky’s marriage laws.  The president of the senate stated himself and told the courts that the marriage laws are shredded.  The statute forbids issuance of a marriage license to someone not expressly authorized by statute to receive one.  Even if a court strikes down a law, it cannot create a new statute.  That must be done by the legislature.  To license — to issue a license to a person that is not authorized to receive it, under the statute, is a direct violation of law.  This, too, needs to be addressed by the legislature.  So I’m here before you this morning with a seemingly impossible choice that I do not wish on any of my fellow Americans: my conscience or my freedom.  [crying] My conscience or my ability to serve the people that I love.  Obey God or a directive that forces me to disobey God even when there are reasonable accommodations available.  I have thought and prayed very hard about what to do.  The decisions I have made in this case and the decisions that I continue to make in this case are mine and mine alone.  I don’t want to have this conflict.  I don’t want to be in the spotlight.  And I certainly don’t want to be a whipping post.  I am no hero.  I’m just a person who’s been transformed by the grace of God, who wants to work and be with my family.  I just want to serve my neighbors quietly without violating my conscience.  This morning I am forced to fashion a remedy that reconciles my conscience with Judge Bunning’s orders.  Effective immediately and until an accommodation is provided by those with the authority to provide it, any marriage license issued by my office will not be issued or authorized by me.  I want the whole world to know, be no mistake about it, that if my deputy clerks, who do not have my authorization or the authority — they don’t have my authority to issue any license whatsoever.  I love my deputy clerks and I hate that they have been caught in the middle.  If any of them feels that they must issue an unauthorized license to avoid being thrown in jail, I understand their tough choice and I will take no action against them.  However, any unauthorized license that they issue will not have my name, my title, or my authority on it.  Instead, the license will state that they are issued pursuant to a federal court order.  Judge Bunning indicated last week that he was willing to accept altered marriage license even though he was not certain of their validity.  I, too, have great doubts whether the licenses issued under these conditions are even valid.  This is why, once again, I urge Governor Beshear, the legislature, and the court to intervene.

Mike:  Wow.  No, they don’t have any authority.  Folks . . . she makes more constitutional, republican, and Christian sense than the sum total of all the collected eggheads that I and you have heard commenting on this.  That’s live, by the way.  That’s happening.  The woman is up there in tears.  Of course, you wait until the libs get ahold of this.  You wait until the rock breakers — I told you this morning, 56 percent of ‘Muricans want this woman locked up breaking rocks in a striped suit if she does not obey Anthony Kennedy, Supreme Court Justice.  She’s not going to.  It’s on, folks.

To the Dude Maker Hotline and old friend Andrew Bieszad.  If we had Catholics that would speak like that in public, what a great place the world would be, don’t you think?

Andrew Bieszad:  Absolutely.  I was actually going to comment before I began speaking about Islam about Kim Davis.  She made wonderful sense.  The speech was very well done.  You can tell despite what anyone says, she knows what she’s talking about.  Like I said, her faith is the faith that we Catholics are supposed to have.  I cannot see anything wrong with her.  She’s one of our sisters.

Mike:  Somebody said to me the other day, a really good friend of mine, what I just said to you.  I basically ripped off my friend Steve Cunningham.  Steve said: Man, if we only had Catholics that would speak like this Protestant woman.  What she’s saying is universal Christian.  If we go back pre-Martin Luther, the word Catholic and Christian are synonymous.  It’s the same word.  What she just said is, she’s just quoting straight out of the Magisterium as it was known for almost two millennia. [/private] 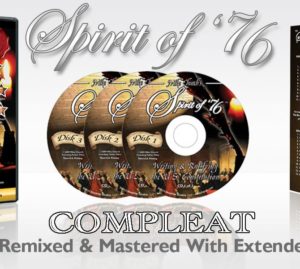 Bieszad:  Yeah.  What she is saying is -– if you want to put a biblical comparison to it, you could almost call her the Good Samaritan.  She’s the one who actually stopped and stood up and did what was right in her particular circumstance.  If you look at the teachings, a lot of times — I say this with American Protestants, what they don’t like about the Catholic faith is the fact that they don’t understand the faith because it’s been so poorly presented to them.  As you know, by the absolutely horrible catechesis that exist in this country.

Mike:  You’re getting it right now.  This is the only catechesis that most will ever hear.