Mandeville, LA – Church Doctrine – So you went to healthcare.gov to buy a health insurance plan, wait scratch that, most folks went to healthcare.gov to get in line for their “fair share” of “health care” in the form of subsidies the Feds promise for anyone who cannot pay their own way. Note the use of the terms here “health insurance” vs “health care”. Louisiana citizens already have “health care” in the form of our own doctors and specialists, paid for by insurance plans or out of pocket, backed up by one of the world’s most successful “charity hospital” networks which now operates WITH the private sector not in PLACE of it.

Back in September, Governor Jindal announced the final phases of the State’s re-ordering of the “public hospital” system into one run by privately owned firms with State sponsored subsidies available to the uninsured. This opens the doors for premiere services to be offered to all Louisianans with the added benefit of the next generation of doctors and specialists being trained in Louisiana.

These actions combined with Jindal’s refusal to expand the pool of Medicaid recipients via ObamCare has naturally outraged the usual suspects in media who cannot conceive of visiting a government run clinic themselves but think it’s great for everyone else. The Editors at NOLA.com demand to know why the “hard hearted” Jindal would turn down $16 billion in “boatloads of federal money” and while I can’t speak for the governor I can answer that question: The Feds don’t HAVE $16 billion to shower Louisiana with. Besides that, any subsidy plan entered into is then subject to federal conditions AND, when Bernanke’s printing press is mothballed, insolvency. In what kind of a position would that leave the state’s poor?

For 48 years, do-gooders, using money grifted from the productive, have “solved the problems of poverty”. ObamaCare is just the latest gimmick in this charade of failures and those clamoring for Louisiana to adopt it are both “hard-hearted” and hard headed. 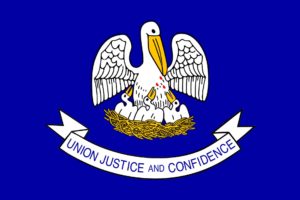