Memo To Emerill: Obama Has Always Put The “Bam!” on Business 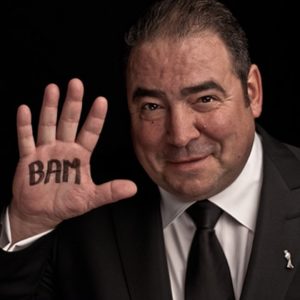 In an interview done to promote TNT’s “On the Menu”, Emerill was asked about the challenges of the restaurant business and that’s when he slipped and made a political faux-pas which in other circles is known as “telling the truth.” “I have nowhere to go really, other than broke” the celebrity Yat confided, adding that his business is “very challenging” right now. This is the same hymnal the rest of entrepreneur New Orleans and the rest of the United States are singing from. Recent news has highlighted the fact that the American middle class is getting clobbered by the paper money economy created by Nixon and rammed down our throats ever since. Women are now working full time, men are working double time, there are fewer children per family and yet incomes have shrunk since 1990. This means people have less money for things like restaurant food but that’s not the whole picture, as Emerill pointed out.

“And then you add all the Obama nonsense to what it’s become in the last several years…the way that, you know…the government should stay out of things… Pretty soon, they’re going to wipe [out] a lot of the middle[-class] restaurateurs and restaurant cooks…then watch: you’re going to have high-end [food], and you’re going to have fast food, and… chain restaurants.” How ironic then that Emerill has assisted this by helping to enrich the notoriously progressive elites in broadcasting TV who did their duty to promote the utopia of ObamaCare while ignoring its destructive side-effects, his restaurant empire is now struggling under.

Emerill Lagasse, you’ve been sheltered in the Food Network’s progressive studios for far too long, welcome back to the world of small business, the world of the “Walking-Big Government-Dead.” Where Obama has done to those small businesses what Emerill has said: “Bam!”

There are DOZENS of Church Doctrine Audio & Video Clips available for Founders Pass Members to enjoy, click here for a listing