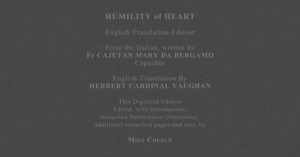 Mandeville, LA – Exclusive Transcript – It’s one of these parts of philosophy that’s fascinating to think of.  When you hold an acorn in your hand — just talking about potential — if it’s an acorn from an oak tree, you look at that little acorn and go: Look at how tiny that thing is.  Inside, what’s contained in that acorn, is enough to produce, in 300 years, the most magnificent and majestic oak ever seen.  That’s potential.  Check out today’s transcript for the rest….

Mike:  Finally, on sovereignty.  The states still are sovereign.  Just because they refuse to act as though they are sovereign does not mean that they are not sovereign.  Acting upon something and actually having something — you could be driving a sports car.  Say the woman who works for Planned Parenthood and fancies ripping still-live babies apart in their mother’s womb to extricate a heart or a lung or a liver or whatever so that maybe someday she can have a Lamborghini, if she had a Lamborghini, you know that the potential for the Lamborghini is that it will go 170 on the highway.  That doesn’t mean you have to go 170.  The potential is there.

It’s one of these parts of philosophy that’s fascinating to think of.  When you hold an acorn in your hand — just talking about potential — if it’s an acorn from an oak tree, you look at that little acorn and go: Look at how tiny that thing is.  Inside, what’s contained in that acorn, is enough to produce, in 300 years, the most magnificent and majestic oak ever seen.  That’s potential.  The states have the potential for sovereignty and to be their own little countries if they choose to be, and I think that they should.  That’s a subject for another discussion.

As far as the United States having — the union of states cannot be a sovereignty.  It is not sovereign.  It shouldn’t be sovereign.  It is a union of states.  If the European Union is sovereign, if it’s a sovereignty, then the United States is a sovereignty.  If the European Union is not a sovereignty, then the United States is not sovereign.  It can’t be.  John Taylor of Caroline County — if you want a great discussion on this, if you want to read something from a member of the founding father generation, one of Thomas Jefferson’s muses, John Taylor of Caroline County.  I assembled a book last year.  Few people have read it all, though it’s available in paperback.  We even have it in the fake leather cover.  It’s a beautiful book.  We have a few hardback copies or at Kindle.  You can get it at Amazon.  That’s John Taylor of Caroline County American Statesman.  Read his essays on the spirit of 76.  He understood sovereignty better than anyone ever understood it.  As a matter of fact, little Jimmy Madison would write him letters and ask him to explain sovereignty to him because he didn’t quite get it.

As Taylor explains, there can only be one sovereign entity.  As a sovereign entity, if you are sovereign, then you can assign, enumerate powers for an external authority to act upon.  That’s one of the ways you can determine whether or not you’re a sovereign entity.  The State of Louisiana, in ratifying the Constitution, enumerated — tacit and implicit in a ratification statement is that any state that enters the union, before entering the union, had the powers enumerated in Article I, Section 8.  Let me give you Constitutionalism 101.  This isn’t taught anymore and no one thinks like that.  When the states ratified the Constitution in order — first there were 13, then there were 15, 17, etc., etc.