Mandeville, LA – Exclusive Transcript – Conservatism’s advance or conservatism’s defense and then advance should not be predicated upon its marriage to a political party.  The political party ought to be courting us.  We should not be courting the political party.  That equation is backwards.  We’re the leaders that if the party wants to use our brain trust, if they’re smart and want to organize and retool what it is they do, they need to come to us.  We don’t need to go begging on our knees to them.  Remember, George Washington told us that political parties and partisanship is anathema. Check out the rest in today’s transcript…

Mike:  Earlier I was talking about how the GOP is all in a tizzy to try to figure out why it was that Romney lost and who screwed it up and why the demographics are turning against them and this, that and the other.  Some of us also predicted the Romney loss and did not buy the yard sign caucus we were told to buy.  I’ll tell you who else was at fault: that is your average member of the decepticon, right-wing, liberal media.  No need to name names here.  You know who they are; I know who they are; I know who they aren’t.  There have been many posts about this, beginning with the New York Times columnist David Brooks, who was one of them, who then, in order to keep his career going, went: Yeah, that whole saving the world through the end of the military of the United States, that’s not going to work out so good.  I changed my mind about that.  Those guys saying that wasn’t a good idea a decade and a half ago, they were pretty much….  What was that, David?  I didn’t get that.  I said they were….  I was….  You were what?  I was….  Oh, you were…?  I was wrong!  I was wrong!

That’s what a conservative is supposed to do.  We’re supposed to be the intellectual water carriers of those trying to preserve and conserve the American republic, which there is no republic any longer.  We’re going to have to establish a new one.  That’s our job.  It’s not our job to be a bunch of demagoguing people running about the countryside hurling these slogans and bumper stickers out there as if they are governing philosophies, as if they make up the foundation for a good social order, for a good social order that can then create a good governing order.  They don’t.  They sell a lot of books and sound great on radio and television, but they don’t do much for the soul, and certainly don’t do anything for the intellect.

The latest to throw in with the [mocking] “Yeah, we need to identify all those creeps who were decepticons, as Mike Church calls them,” although this show does not get lumped in with the writers on the internet.  I keep waiting for someone to write the story about how the right-wing radio TV media absolutely blew it, and to throw out there the couple of instances where intellectual honesty and critical thinking held sway instead of jingoism and partisan hackery.  Gene Healy, writing at the DC Examiner today: “RIP National Greatness Conservatism, 1997-2012.”  This is posted in today’s Pile of Prep.

Politically speaking, conservatives didn’t have much to be thankful for this November. After President Obama’s re-election cakewalk, 2013 looks like a rebuilding year, a time for “soul-searching” by GOP leaders and the conservative intelligentsia alike. Last week, believe it or not, the New York Times’ erstwhile “National Greatness Conservative,” David Brooks, made an important contribution to that project. Brooks’s Nov. 19 column, “The Conservative Future,” identifies a number of youngish right-leaning thinkers who can help the GOP evolve.

Mike:  I have at least a partial issue with this.  Conservatism’s advance or conservatism’s defense and then advance should not be predicated upon its marriage to a political party.  The political party ought to be courting us.  We should not be courting the political party.  That equation is backwards.  We’re the leaders that if the party wants to use our brain trust, if they’re smart and want to organize and retool what it is they do, they need to come to us.  We don’t need to go begging on our knees to them.  Remember, George Washington told us that political parties and partisanship is anathema.  You could say then, if you read the correct history of the events leading up to the War of Northern Aggression, that it was that there were political parties and one of the parties had failed to do what the citizens who were members of it thought it was going to do as the reason those citizens decided if we can’t rely on the party, we’re just going to bolt from the union and this will force new opposition to take root here, and we won’t have to deal with the damn Yankees anymore.  Tying the conservative cause to the Republican Party, I believe, is a mistake.  How many of you listening now, does the following describe you or does it describe you four years ago?  This would describe me five years ago.  Check this out:

What is, or was, National Greatness Conservatism? As Brooks described it, NGC was a muscular, nationalist ethos devoted to “great projects designed to physically and spiritually unify the nation.” In a 1997 Weekly Standard cover-story “manifesto” entitled “A Return to National Greatness,” Brooks decried limited-government conservatives “besotted with localism, local communities, and the devolution of power” and insisted that “energetic government is good for its own sake.” [Mike: In other words, you [r]epublicans need to shut up. That’s not going to work anymore.  We all gotta be big, big, giant, big-government conservatives. We have an entire planet we have to colonize for Jefferson and we need to get about the business of doing it. Even if we have to use the army? Even if we have to use the army.] “Wishing to be left alone isn’t a governing doctrine,” he and co-author Bill Kristol argued later that year in the Wall Street Journal. Instead, Americans needed grand federal crusades to pull them away from private, parochial concerns and invest their lives with meaning.

Mike:  Mr. Kristol, Mr. Brooks, I invest my life with meaning every day.  The meaning comes from above.  It comes from this cat we call God.  This is what is missing in the American experience today, the humility of knowing, realizing and believing that you are but executing God’s will, and you are humble in his presence and thankful to be here to execute his will.  I don’t have to go searching for meaning.  I can find it in the Good Book.  I can find it in what the great prophets and saints wrote.  I can read St. Thomas Aquinas.  I can read St. Augustine.  I can read the great works throughout history inspired by that faith.  You don’t have to go looking for it in the fellow man.  You’re going to be disappointed if you believe in the rule of man, see: 20th century.  Isn’t it amazing, though, that those that fancy themselves religious conservatives ditched their faith in order to have a faith in some national greatness project, just the delicious irony of that? 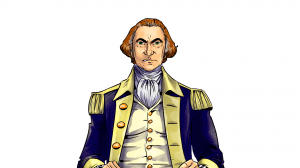