Mandeville, LA – Exclusive Transcript – Of all my readings before the modern media age, of the great men that went before and those that are great — and we know because of their deeds — you don’t find any of this.  Number one, it didn’t exist, but the 17th, 18th, and 19th century antecedents or forms of it didn’t exist.  Were there men that were famous?  Yeah, they were famous, but they were famous specifically because of their deed. Check out today’s transcript for the rest…

Mike:  Lance Armstrong claims that he did what he did because he wanted to level the playing field because he had suffered this cancer.  All he was doing was getting back what had been taking from him by the insidious disease that had taken over his body.  Manti Te’o is doing what he’s doing because he didn’t know anything about it.  There is every reason to believe that it was done to elevate his story to a stature where he could be considered for the Heisman Trophy.  This is what is trouble here: instead of just relying on your performance and relying on the fact that you’re actually good in this field and you could win rewards — when Armstrong was doing it, apparently it’s not enough.

Of all my readings before the modern media age, of the great men that went before and those that are great, and we know because of their deeds, you don’t find any of this.  Number one, it didn’t exist, but the 17th, 18th, and 19th century antecedents or forms of it didn’t exist.  Were there men that were famous?  Yeah, they were famous, but they were famous specifically because of their deed.  Let me give you an example.  Do you think Jefferson was more famous as being the author of the Declaration of Independence or because he had a house on a hill that had a dome over it?  He had a nice crib, didn’t he?  Was there an 18th-century version of the TV show cribs?  Did Harper’s Magazine send reporters out to tool around and hang out with Jefferson for a day and see what wines he drank, to see what it was like living under the dome at Monticello?  In other words, Jefferson was known for his work.  What a novel idea.

I’m in the same boat.  [mocking] “Mike, how come more people don’t buy your movies?  How come people aren’t talking about Road to Independence?  How come more people aren’t talking about Spirit of ’76?  Why aren’t you on this TV show?  Why aren’t you on that?”  Isn’t it good enough what we do here every day for three hours a day?  This is what I’m good at.  This is what Andrew is good at.  Why isn’t that enough?  Why do you have to have all these other things, these worldly things that have been fabricated by companies that fabricate them so they can profit off of what we’re good at?  There’s just something wrong with all this.  Have you ever seen the Paul Giamatti movie American Splendor?

Mike:  Put it on your Netflix queue.  I think you’ll enjoy it.  [mocking] “Mike, why are you bringing up stupid Paul Giamatti?”  Here’s the point: American Splendor is about a guy that no one ever would have known.  You never would have known this comic book artist — I’m pretty sure that’s the story line, I saw it about five years ago.  It’s a really idiosyncratic story.  You never would have known what this particular young man had accomplished and what he went through, not just in his professional life but his personal life, but his accomplishment and what he was actually able to do is the story.  By my own admission, I don’t know what he did afterwards, not what he became after he did what he did, not what the media made him out to be or you viewing him through the media.

Just the biopic of what he did in the movie American Splendor.  It’s a good story.  There’s nothing exhilarating about it.  It could be the story about any one of us.  It’s just the story about how one man set his mind to doing something and actually did it.  As I said, I don’t recall that it was magnanimous or anything but he just did it.  That will not do anymore.  We can’t be satisfied with it because we have to please media bosses on Madison Avenue.  We have to please app makers on the iPhone and the Samsung and the smartphone.  That’s just not good enough anymore.

Rod Dreher, speaking at the aforementioned American Conservative Magazine, has this post: “Viva The Un-Lance Armstrong.”

From El País: Two weeks ago, on December 2, Spanish athlete Iván Fernández Anaya was competing in a cross-country race in Burlada, Navarre. He was running second, some distance behind race leader Abel Mutai – bronze medalist in the 3,000-meter steeplechase at the London Olympics. As they entered the finishing straight, he saw the Kenyan runner – the certain winner of the race – mistakenly pull up about 10 meters before the finish, thinking he had already crossed the line.

Fernández Anaya quickly caught up with him, but instead of exploiting Mutai’s mistake to speed past and claim an unlikely victory, he stayed behind and, using gestures, guided the Kenyan to the line and let him cross first.

“I didn’t deserve to win it,” says 24-year-old Fernández Anaya. “I did what I had to do. He was the rightful winner. He created a gap that I couldn’t have closed if he hadn’t made a mistake. As soon as I saw he was stopping, I knew I wasn’t going to pass him.”

Mike:  Do you think Lance would have done that?  So, Andrew, how do you like that story?  You’re going to say, “I would have rolled past the guy and taken the gold.”

AG:  I can’t say I would have done the same thing.  That’s noble of him.

Mike:  If you were driving down the court at the Trinity College conference championship game against, I don’t know who you would have been playing, and there was a guard twixt you and the bucket, and that guard thought the buzzer had sounded because a fan sounded one, thus stopped guarding you and let you roll on by with three seconds left, you’re going to roll on past him and do a 360 dunk to win the game.

AG:  An inadvertent whistle or something out of his control, I can’t say I would have stopped competing.

Mike:  Fernández Anaya would not pass the Kenyan because he wouldn’t have won the race if the Kenyan hadn’t made a mistake.  Is that a point of honor?  Think about it this way.  You talked about Te’o not wanting to live with the ribbing and mocking he’s going to get in the locker room for the rest of his NFL career, provided he has a long one.  Did the Spaniard not want to be known as the guy that only won one race, and the only reason he won it was because the Kenyan stopped running ten yards too early?  In other words, you would have finished second.  You could never have beaten that guy and everybody knows it.  Was he choosing to not take an emolument, to use 18th-century language, that he could not have earned on his own and then taking the high road?  That’s what it seems like to me.  He’s not going to be ribbed now by his friends: You would have won that race if that guy hadn’t stopped.

AG:  I’d say: You’re a dummy for not finishing the race.  I would still think there’s some ribbing there.  No doubt it’s noble.  It’s a different situation in that the runner in first place mistakenly thought the finish line, but that’s tough.  I don’t think I would have stopped.

Mike:  I like the stories.  Amongst all the other sports stories we have, I like this story.  It almost has a happy ending. 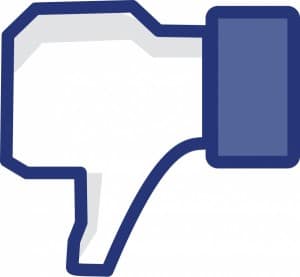