Mandeville, LA – I have met many men in my role of satellite radio pariah to the Republican establishment (and outright heretic to the Democrat coven) but few match the genius and literary gift that is Brad Birzer. From the first time I read his “American Cicero-The Life of Charles Carroll of Carrollton” I was hooked on Brad’s writing. Over the last 3 years we have become friends and I have benefitted and learned much from that relationship. Brad is now emerging into new territory in my world: fellow traveler.

The term “fellow traveller” has recently become nearly synonymous with a cynical and atomized mindset about our current “national crisis”. To me, the term means: one who has thoughtfully considered the state of our “federal union” analyzed its strengths and weaknesses and concluded that its glue, the Constitution, had long ago dissolved and what remains is a perfunctory, jingoistic web of fake patriotism and hubris. “Travelers” have also concluded that in order to salvage some incarnation of “the founding” there will necessarily be a reformation of the union, into as many or few unions or federations as political brotherhood will admit.

Brad Birzer has made an Event Horizon leap in what my friend Donald Livingston calls “Rethinking The American Union” and I hope a watching world will evaluate his proposal, spend some time contemplating and criticizing it and then conclude that the Travis-esque line drawn in our mobocracy’s sand has two sides: the contented sadist and the Fellow Traveller. Let us welcome Brad as a Fellow Traveller. – Mike Church

What’s a Little Disunion Among Friends: A Modest Proposal 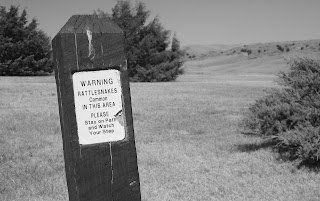 I think those of us who love the idea of the republic, natural community, liberty, and proper order need to accept one extremely important fact: the American constitutional republic is most likely gone; the constitution has been dead since at least 1945; and there’s little to no chance of it ever reviving–at least not within our current geographical and political structures.

The theological virtue of hope has not completely left me. As Edmund Burke argued so well, we are never authorized to abandon our country to its fate. As long as a heart still beats, he stated, the possibility of resuscitation exists. There are many, many good and moral folks fighting for a revived constitutional order. And, I want to acknowledge their excellent work. I think of Winston Elliott at TIC, RJ Pestritto at Hillsdale College, Patrick Deneen at Notre Dame, Mike Church on talk radio, and a number of others.

We can debate when a near fatal blow fell: when Jefferson purchased Louisiana; when Jackson forcibly removed the Cherokees and other tribes from their homelands; when Polk’s army raped Mexico; when Roosevelt concentrated thousands of Japanese Americans into camps; when Nixon lied to Americans about U.S. troops in Cambodia; when Ford forsook our Vietnamese allies; when Bush invaded Iraq; when Obama called in an air blockade of Libya from the beaches of Brazil.

For years I’ve defended Abraham Lincoln’s decisions in 1861 and after, always trying to focus on the tragic nobility of the Civil War, and I’ve tried to keep a bit of a distance from the current secessionist crowd, especially those who parade around the Confederate battle flag. I am, after all, a Russian-German from Kansas, and my ancestors arrived well after the Civil War. And yet, something has nagged at me that I’ve not been able to define or clarify. Every time I hear that an individual state–most recently, Montana, Tennessee, and Texas–is trying to defy the federal government, a thrill runs through me.

“Defy, defy, defy,” I think in the depths of my rather cacophonous and admittedly conflicted soul.

Frankly, I find many of the pro-Lincoln scholars about as poor in quality as the anti-Lincoln scholars, each bringing corruption through preconceived, rigid ideological notions to the once sacred realm of scholarship. Each side is so often ridiculous as to demand ostracism or dismissal as simply silly. If they didn’t each hold such powerful positions in the worlds of academia and politics, we could do this with relative ease. But their very power demands we take their arguments seriously. Silliness, therefore, quickly becomes sadness when one realizes the level of scholarly corruption.

I still think Lincoln was right in defending Fort Sumter, a federal fort legally created and owned by the feds since 1816, illegally besieged by South Carolinians in late December 1860. I also find the story of Robert Anderson’s defense of the manmade island one of the most inspirational stories in all of American history. The decision of South Carolina to secede in December 1860 and the decision by several states to follow after was a horrible mistake in almost every way. Challenging a constitutionally-elected president for being. . . well, constitutionally elected is not the best way to go, especially when the man elected is one of the most constitutionally-minded men of his day… Continue reading this essay at The Imaginative Conservative.

Reprinted with permission of The Imaginative Conservative