Mike:  YourHoustonNews.com: “’Stand with Rand’ – the Patrick Henry of our Day.”  This is an homage to Rand Paul and his stand for the Constitution and for liberty.  Dr. Pease has proclaimed Senator Paul as the Patrick Henry of our day.  Without any disrespect to Senator Paul, because I am an admirer, I would have to disagree with that distinction.  Being a bit of a biographer and having read almost all — the only two chapters of Mr. Henry’s life that I am not totally immersed and familiar with is his arguing of the Parsons cause in the 1760s and of his last famous trial case as a lawyer where he defended American citizens who had their properties taken after the war, who were then subjects who were known as loyalists.  Those are the only two that I have not studied.

My interest is always piqued with people’s fascination with Henry.  Their fascination with him just comes from one speech, the “Give me liberty or give me death” speech.  The “Give me liberty or give me death” speech is a great speech, but there’s no transcript of this.  No one ever wrote this thing down.  He spoke, in what we would call today, extemporaneously.  He didn’t have any notes.  He didn’t have a script.  He just stood up and started yammering.  By the way, you can see the speech almost in its entirety, if you’d like to, but you’d have to have a copy of my movie Road to Independence, available on DVD at Amazon.com and MikeChurch.com.  Check it out.  The speech was written down after the fact by people that heard it.

This is the really intriguing part of this.  St. John’s Church in Richmond, Virginia where that speech was given was packed with delegates of the then Virginia Assembly or the deposed Virginia Assembly.  They were deposed members of the former House of Burgesses.  There were no civvies in that church that we know of.  The church does have big windows and the crowd had gathered.  If you watch the movie, you’ll see that we pictured the crowd gathering outside looking in through the windows.  Many people wouldn’t even have had a seat close enough to hear what Henry was saying without someone yelling back out, “What’s he saying?”  “He said, ‘Give me liberty or give me death.’”  That’s the really intriguing part about this, that the record of that speech is recalled from memory and from others that saw it, not from Henry himself.  He never wrote it down, never committed it to paper. 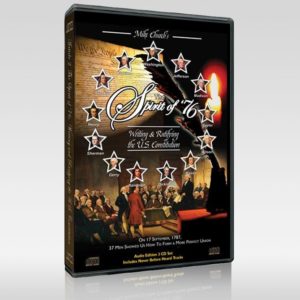 The other part that I find fascinating about this, whenever someone starts quoting Patrick Henry and compare someone to Patrick Henry, Henry was as close to the model of a Christian gentleman, what we would call a chivalrous Christian gentleman as you could possibly have been.  As a matter of fact, you probably would not want him at one of your parties today, because he may be looking at you funny and saying: What is this language you’re using in front of women, in front of yourselves?  Henry was a very devout man.  Running through many of his speeches is his great knowledge of the Bible, world history, and his acceptance that he was but a humble man.  He was just thankful to be where he was and thankful to take an active part in these proceedings.

Henry was known in Virginia, and almost throughout the United States at the time, not just as the “give me liberty or give me death” speech orator.  He got his start by standing up in the House of Burgesses in his first day there as a 23-year-old.  He got his start by looking a bunch of old geezers in the eyes and saying: Hey, man, you can’t just let this Stamp Act thing stand.  You’ve got to nullify this.  We can’t allow this.  These people will run over us.  They’ll tax us to death.  We need to reject it.  We need to send them a letter back and say “How about no?”  Some of the elder statesmen in that house at the time stood and shouted, “Treason!” from the back of the room. 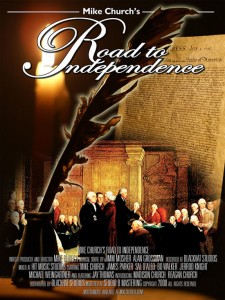 Henry, from the beginning, was not someone who wanted reconciliation with the mother country, as they would have called it, Great Britain.  He wanted separation.   He wanted to secede almost from the get-go.  Do you fancy that Senator Paul is a secessionist or is he a moderator of repairing relations with the federal monster?  I bristle whenever I hear anyone compared with Mr. Henry, having become intimately familiar with much of his life.  I don’t know of anyone alive that’s a Patrick Henry, and that’s what makes him stand out.  You might say, [mocking] “Come on, Mike, just metaphorically, just say he was.”  We have a speech that was loud and was clear.  In a year or two, I would challenge someone, let’s relive our favorite quotes form the filibuster speech.  I don’t know that any are going to survive.  Be very careful who you attach that kind of oratorical greatness and brilliance to.

By the by, Henry always spoke — this is one thing that Rand does have in common.  Henry never spoke with notes ever.  He studied and studied and studied.  According to his meager entries in his diary and what we can ascertain from the historical record, in the events that led up to the Virginia Ratifying Convention of June 1788, it is said that Henry spent three weeks basically in seclusion, locked up in a cabin that was not attached to the main house.  He took all the books he had on Greek and Roman history, books on the law, an old book called Coke upon Littleton.  Henry had taken those books into the cabin and had immersed himself in this.  One of his children remarked and had written that they had images they could recall of their father out in that cabin, on the porch, pacing back and forth and talking to himself, in other words rehearsing for what were his greatest speeches ever.  Those were those that he inveighed against ratifying the Constitution.

If you want to study Henry, here’s a great book, American Statesman by Moses Coit Tyler.  It’s hard to get.  I think you can find it online and read it digitally.  I don’t know that there’s an eBook version.  Maybe someone should make one of those.