Mandeville, LA – Exclusive Transcript – There’s a chapter in that book, in Albert Taylor Bledsoe’s book Is Davis a Traitor? and the chapter title is “The Founding Fathers As Political Prophets.”  That’s the title of the chapter.  Bledsoe lays out in very clear details from the Virginia Ratifying Convention that Patrick Henry and George Mason and others actually predicted the War of 1861, and they predicted exactly what would happen with taxes and with duties and imposts and how the South would be subjugated.  Check out today’s transcript for the rest…

AG:  We saw yesterday a Tea Party rally in DC that had Bachmann, Rand, Ted Cruz, Mike Lee speak at.  Can those two groups come together and force the middle with the Boehner, Lindsey Graham, the Durbins, can they get those guys in the middle to also push for less power in the IRS, whether that’s a simpler code, abolishing it altogether?  You seem to have that momentum that you —

Mike:  I think you have the momentum for the first time in forever to actually just get rid of the damn thing.  Of course, [mocking] “Mike, how are we gonna fund the government?  Aw, shucks, we gotta have gubbmint, so we gotta fund the damn thing, too.  Aunt Petunia’s daughters need their daddy’s checks just as much as I need my tobacky.”  Will the hoi polloi go along with the abolition of the IRS?  I think that all too willingly the hoi polloi would go along with it.  What would you replace it with?  9-9-9!  Would you go from one tyrannical tax to another?  Isn’t the size of the government that requires, that necessitates the collection of such massive revenues, isn’t that the real problem?

Mike Church Show Transcript: Do States Have the Power To Charge Treason?

Before you answer that, let’s go back to 1788.  This keeps coming up and I keep bringing it up and I’ll keep bringing you the actual history of this. By the way, this was prophesized.  There’s a chapter in Is Davis a Traitor?, the book that Founding Father Films publishing is releasing that I edited and Brion McClanahan and I wrote chapter introductions to.  It is a wonderful book.  It is a constitutional fact-finding guide on the Constitution as a compact and, as a side note, on the question of whether or not there was a constitutional right to secession.  There’s a chapter in that book, in Albert Taylor Bledsoe’s book Is Davis a Traitor? and the chapter title is “The Founding Fathers As Political Prophets.”  That’s the title of the chapter.  Bledsoe lays out in very clear details from the Virginia Ratifying Convention that Patrick Henry and George Mason and others actually predicted the War of 1861, and they predicted exactly what would happen with taxes and with duties and imposts and how the South would be subjugated.

I want to give you another prophesy here.  The reason that Patrick Henry was able to make these predictions is because he was a student of human nature and a student of history, all history going all the way back to Athens, Rome, the Roman senate, through the Helvetic republics and other epics in history that he had studied.  He knew what would happen if you centralized power.  This is the central problem here.  This is why I reject all these claims that we can reform or fix anything.  I’m just going to sit out here on my outside and be a marginal player and say the solution to this is to break up not just the IRS.  The solution is to break up the central authority.  There’s too much damn power concentrated where my carcass is currently parked, which is in Washington, DC.  That’s the problem.  The only way to solve that is to break it up.

Let me tell you what Henry said on 7 June 1788 when the question about Congress’s power, if the Constitution was ratified, about Congress’s power to tax.  This is posted last night by yours truly at MikeChurch.com under the headline, “What Would Patrick Henry Say About Swarms of IRS Agents?”  I often say Henry said they will send swarms of agents hither and yon to eat out our sustenance.  That’s not exactly what he said.  Even though I don’t get the quote absolutely correct, what he said is still relevant and still as powerful in the words that he used.  This is what he said:

“Another gentleman tells us that no inconvenience will result from the exercise of the power of taxation by the general government; that two shillings out of ten may be saved by the impost; and that four shillings may be paid to the federal collector, and four to the state collector. A change of government will not pay money. If, from the probable amount of the imposts, you take the enormous and extravagant expenses which will certainly attend the support of this great consolidated government, I believe you will find no reduction of the public burdens by this new system. The splendid maintenance of the President, and of the members of both houses, and the salaries and fees of the swarm of officers and dependants of the government, will cost this continent immense sums. Double sets of collectors will double the expenses; to those are to be added oppressive excisemen and custom-house officers. Sir, the people have an hereditary hatred to custom-house officers. The experience of the mother country leads me to detest them. They have introduced their baneful influence into the administration, and destroyed one of the most beautiful systems that ever the world saw. Our forefathers enjoyed liberty there while that system was in its purity; but it is now contaminated by influence of every kind. 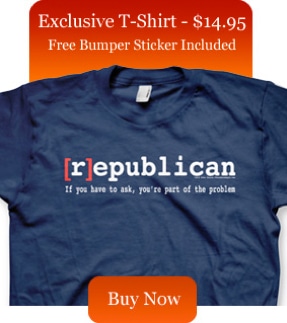 Mike:  There’s another five and a half or six minutes of Henry’s speech posted on this post that I posted last night at MikeChurch.com.  Go read it for yourself.  I want to just conclude with what he concluded, his statement about the danger of conferring on Congress, the central government, the power to tax.

Deficiencies in collections will always operate against the states. Congress, being the paramount, supreme power, must not be disappointed. Thus Congress will have an unlimited, unbounded command over the soul of this commonwealth. After satisfying their uncontrolled demands, what can be left for the states? Not a sufficiency even to defray the expense of their internal administration. They must therefore glide imperceptibly and gradually out of existence. This, sir, must naturally terminate in a consolidation. If this will do for other people, it never will do for me.”

Mike:  Henry is basically restating, “I know not what course other men might take, but give me liberty or give me death.”  He’s saying the exact same thing but he’s saying it about ratifying the U.S. Constitution.  What is the central issue here with the Internal Revenue Service and this scandal that we keep talking about and spending a lot of time on?  It is that there has been a consolidation, that there’s too much power in one place, and that the gargantuan size and nature of this particular governmental edifice necessitates the collection of such awesome amounts of taxes that you have to have an agency called an IRS to do it.  All the protestations, all the jumping and hollering and screaming and protesting mightily are all going to matter for naught.

May some future 501(c)(4) applicant be spared the ignominious fate of not being censored or not being harassed for political reasons by a future IRS administrator?  Possibly, maybe even yes.  Will all of us be spared pernicious taxation administered by the same Internal Revenue Service?  In all likelihood, no.  Will the size of our gargantuan, almighty federal overlord leviathan shrink as a result of this scandal?  That’s the question that you ought to be asking.  For all of you that are so ginned up about this, answer the damn question: Will this shrink the size of the federal leviathan?  My friends, the answer to that question is a resounding no, it will not. The IRS will outlive all of us talking in this room and listening in cars and homes across the amber waves of fuel, unless it is abolished and that power dispersed back from whence it came.