The Lee Resolution from The Road to Independence: The Movie

From the Continental Congress:

Resolved, That these United Colonies are, and of right ought to be, free and independent States, that they are absolved from all allegiance to the British Crown, and that all political connection between them and the State of Great Britain is, and ought to be, totally dissolved.

Mike:  Onto what I talked about earlier in the program, since I have the stage all to myself, which is fine by me.  June the 7th, 1776, what happened?  What happened?  Maybe June the 7th, 2013 can imitate and replicate and be inspired by June 7, 1776.  I will read to you what happened from the congressional record.  This is from the journals of the Continental Congress.  It’s in today’s Pile of Prep.  Instead of emailing the latest Obama birth certificate or IRS outrage, please save your pixels.  Why not email an actual event in American history that maybe could inspire enough people to do as Colvin earlier said, and as the last caller said: When are the people going to wake up?  Maybe when they learn a little bit more about their history and what some people thought their birthright as Englishmen was, I would say, since many of us are descendants of our glorious forefathers of Great Britain who gave the term liberty its first real extended, and I would say still functioning, experiment.

Resolved, That these United Colonies are, and of right ought to be, free and independent States, that they are absolved from all allegiance to the British Crown, and that all political connection between them and the State of Great Britain is, and ought to be, totally dissolved.

That it is expedient forthwith to take the most effectual measures for forming foreign Alliances.

That a plan of confederation be prepared and transmitted to the respective Colonies for their consideration and approbation.

[Note 2: This resolution, in the writing of Richard Henry Lee, is in the Papers of the Continental Congress, No. 23, folio 11. It has the following endorsement in three writings: “Resolved that it is the Opinion of this Com. that the first Resolution [Benjamin Harrison] be postponed to this day three weeks, and that in the mean time [Charles Thomson], least any time shd be lost in case the Congress agree to this resolution [Robert R. Livingston], a committee be appointed to prepare a Declaration to the effect of the said first resolution [Charles Thomson].” The postponement was made to give an opportunity to the Delegates from those Colonies which had not as yet given authority to adopt this decisive measure, to consult their constituents. The motion was seconded by John Adams.]

Resolved, That the consideration of them be referred till to morrow morning; and, that the members be enjoined to attend punctually at 10 o’Clock, in order to take the same into consideration…

Mike:  What happened then?  On the 7th of June 1776, ladies and gentlemen, not the 4th of July — that’s the consummation of the act.  The 4th of July 1776 never happens without Richard Henry Lee and the 7th of June.  Without the Lee Resolution, without John Adams seconding it, without Charles Thomson saying it might be a good idea that we form a committee to draft a declaration of independency, as Adams called it, then when Lee and Franklin and Adams got together and suggested: Who would be on this committee?  We know the Committee of Five was appointed.  How many of you can name the Committee of Five?  I can.  How many of your children can name the Committee of Five.  My girls maybe could since they were in the Road to Independence the movie and the audio docudrama.  Let’s go down the list: Ben Franklin, John Adams, Thomas Jefferson, Roger Sherman of Connecticut, the great Robert Livingston of New York.  Those five men were then told: You guys go prepare your little declaration.  We have other business in this congress to attend to.  That is what sets Jefferson on the task of writing the Declaration of Independence.

Do you people not give any thought to these things?  Do you just think that this was organic and happened and was materialized out of thin air?  Now that you know a little of the actual history of the events of the 7th of June 1776, I have a question.  Who among us is going to propose a similar resolution that these United States are and ought to be free and independent states, that they are absolved of all allegiance to the federal monstrous government that claims to rule over them, and that all political connection between them and the corporation known as The United States Federal Government is and ought to be totally dissolved?  Where’s that patriot today?  Would he be called a patriot?  Or would you have a bunch of Lincoln lovers out there today admonishing him and calling him a traitor, someone that’s practicing sedition and treason?  If that person is to be called a traitor, then what would you call Richard Henry Lee?  I’ll tell you what they called him in England.  They called him a traitor.  Today we call him a patriot.  Sir Francis Bacon wrote, once upon a time, that those that execute revolution and see it through to victory are called patriots; those that execute revolution and see it through and are defeated are called traitors.  Interesting point of view, is it not?  So, patriots of 2013, what shall we do? 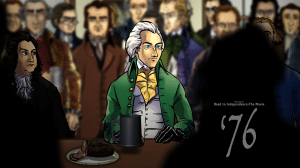