Mandeville, LA – Exclusive Transcript – The question remains: What is to be done?  This is where we turn to Dr. Russell Kirk and to Bruce Frohnen’s piece at The Imaginative Conservative.  This is also posted in today’s Pile of Prep.  Bruch Frohnen is writing about The Conservative Mind, which is 60 years old this year.  Check out today’s transcript for the rest…

Mike:  The question remains: What is to be done?  This is where we turn to Dr. Russell Kirk and to Bruce Frohnen’s piece at The Imaginative Conservative.  This is also posted in today’s Pile of Prep.  Bruch Frohnen is writing about The Conservative Mind, which is 60 years old this year.

Kirk’s book was a part of, and a significant impetus toward, formation of a self-conscious conservative community, more confident than ever before in its identity and beliefs.  And this community spawned a movement complete with important books, high journalism, and political force.  Generally seen as culminating in the election of Ronald Reagan to the nation’s highest office, this movement institutionalized itself with magazines, foundations, and an apparatus of political power.  There were, indeed, heady days for conservatives during the 1980’s, around the halfway mark of the life of Kirk’s great, fat book.

Today, of course, such prideful dreams lay in ruins.  America is in the tightening grip of social democracy, committed to the federal government as the guarantor of a shabby existence for all at the cost of liberty.  [Mike: Frohnen and Stockman are saying the same thing. One is writing about it in economic or financial terms, the other in spiritual or in cultural terms. I think we should tip our hat towards the spiritual and away from the financial.] The nation is in the grip of a cult of equality, which has reduced the great variety of life and opinions to individual “lifestyle choices” supported by tax monies and punitive laws forbidding effective dissent.

Mike:  Boy, isn’t that true?  Try opposing homosexual marriage.  Try opposing adoption, certain people adopting children.  Just try it.  You will be shouted down.  You will be told that if you don’t stand down a legislature will pass a law and we will lock you away.  We will ruin you economically.  We will see to it that you will never practice any sort of any kind of reputable business in these United States as long as you hold those views.  We’re not allowed to speak openly in this culture, folks.  We are to speak as we are told to by our equality overlords.

Meanwhile, the “conservative” establishment counsels and even demands capitulation in the name of “electability.”  And the institutions that once touted Kirk to their donors abandon his legacy for shallow civil religion and the pursuit of power and lucre.

Was, then, Kirk’s work in vain?  Is The Conservative Mind merely an intellectual curiosity, having delineated a tradition of thought doomed to irrelevance as we enter a time of ever-greater uniformity, with the left- and right- wings of the social democratic state fighting over which set of elites should run the machines of power in their own interests?

One should not counsel optimism in such times, for ours truly has become a culture of death, lost in its smug self-assurance as it imposes ideological uniformity on a people ever-more-impoverished in its mind and soul.  But we would do well to remember the original title of Kirk’s seminal work:  The Conservatives’ Rout.  We would do well to remember that the book itself contains acerbic criticism of such important figures as John Quincy Adams and the rise of habits of abstraction and reductionism.  And we would do well to remember that Kirk spends the bulk of the book reciting the often lonely efforts of great men—from Burke, to Walter Scott, to Brownson and Eliot—to restore our connections with the great tradition of Christian humanism that formed our way of life.  Indeed, his work begins with the formation of an overt conservatism reacting to the calamity of the French Revolution and its then-unrecognized threat to our civilization.

The Conservative Mind was not intended to be some call to arms or ideological handbook for political victory.  It was, and remains, something far more important:  an introduction to tradition.  The story Kirk provides of the ongoing struggles of important thinkers and statesmen allows his readers to become part of that chain linking each one of us to former generations and linking God to man through the institutions, beliefs, and practices of our civilization.  This, and not some formula for political victory, is most important for us in our times of cultural decay.  For, as Kirk observed, “only by means of a reawakened moral imagination . . . might order and justice and freedom be sustained through our time of troubles.”

Conservatives are, in fact, in a worse position than they have been in quite some time.  Today Progress is the new god, and it demands a “creative destruction” that seeks to leave nothing standing that is customary or even old.

The conservative knows that no paradise can be built in this world, though Hell is admirably attainable through ideological means.  The task, then, is to retain memory and some practical reality of custom, constitution, and prescription in a time of ideology.

Our goal today, as Kirk’s was sixty years ago, cannot be to “take back” political power, or even cultural predominance.  We can only hope to salvage something of our patrimony, of the customary ways in which our people have made concrete the permanent goods of truth, beauty, and wisdom.  And this is where Kirk’s book will remain important for at least sixty more years.  Readers of The Conservative Mind are apt to emphasize Kirk’s canons of conservatism because they provide a useful, thumbnail sketch of the things we recognize and value as proper guides to our public life.  But Kirk himself was somewhat reluctant to produce a crib of conservatism.  Far more important, he knew, was the book itself, telling the story of conservatism.  It is by engaging with the narrative of the struggles of conservatives to preserve our knowledge of the Permanent Things, that we will learn to place ourselves within a tradition, and learn the importance of connecting with prior generations, so that we might learn our duties to ourselves, our fellows, and those who are yet unborn.

Mike:  I left about 60 percent of that essay out.  I didn’t read the whole thing.  Find it in today’s Pile of Prep.  It is well worthy of your consideration. 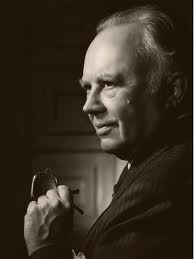