Mandeville, LA – Exclusive Transcript – There is something to be said in terms of your mannerisms, attitude, charisma.  It’s something that I think Senator Paul does an amazing job with.  I wish Cruz would take some cues from that.  Just being so ardently supported by the 15, 20 percent of the people that like you doesn’t win you a presidential election in 2016.  Check out today’s transcript for the rest…

Mike:  If you want to read someone other than me that is a consistent critic of Cruz, read Daniel Larison at American Conservative Magazine “Cruz Redefines Chutzpah.”  This is posted today.

Ted Cruz keeps deluding himself about next year’s election: 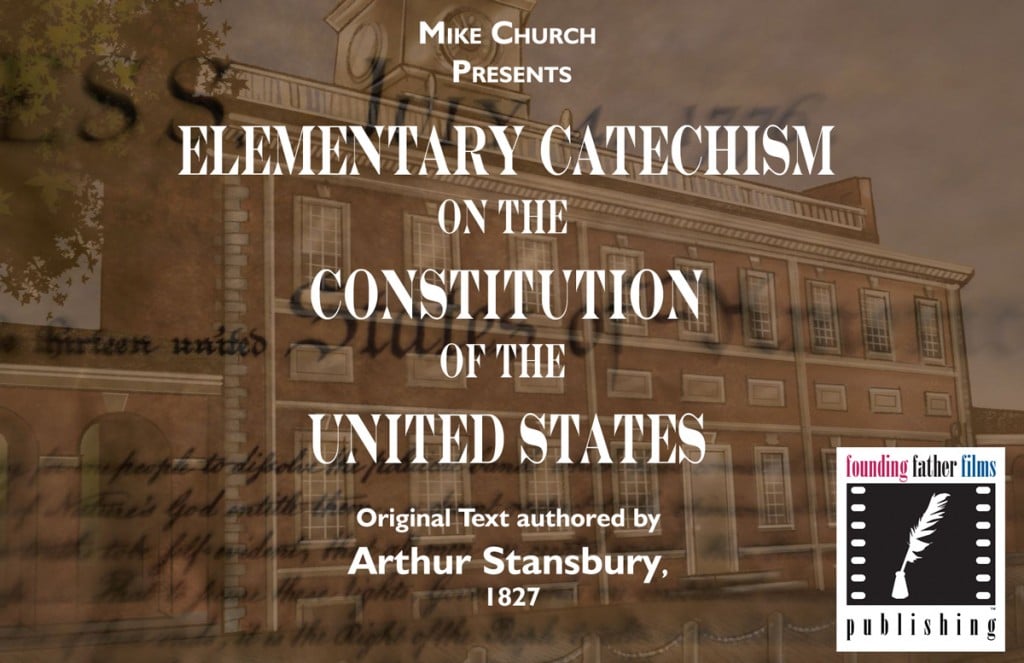 “The single-most damaging thing that has happened to Republicans for 2014 is all of the Senate Republicans coming out, attacking the House Republicans, attacking those pushing the effort to defund Obamacare and lining themselves up opposite of the American people.”

It’s a bit rich for the politician who has been agitating against the “surrender caucus” to complain about the criticisms of others, but the real flaw here is that Cruz’s claim simply isn’t true. When a majority of Americans now say that it is a “bad thing” for Republicans to control the House on account of the shutdown, [Mike: See the poll we talked about earlier. Seventy-five percent allegedly say Republicans can’t control the machinations of the federal leviathan because they might interrupt it for a moment and we want our big government and we want it now.] the party’s political woes can hardly be traced to Senate Republicans because they failed to imitate their House colleagues. Winning control of the Senate next year was always going to be difficult for Republicans, and Cruz and his allies have made that result significantly less likely . . .

Mike:  I’m going to say, just for the benefit of Senators Cruz and Paul and Lee and those in the House that “shut the government down,” this is October.  That election is not going to be until November of next year.  Thirteen months in politics is an eternity.  Thirteen days in politics is an eternity.  Thirteen hours — see Richard Murdoch.  See Todd Akin for the 13-hour syndrome if you don’t believe me.  This is just wishful media thinking here from some that [mocking] “You just wait and see next November.”  Yeah, just wait and see.  Probably not much will change.  That’s what’s going to happen.

As for “lining themselves up opposite of the American people,” what does Cruz think that he and his allies have been doing for the last month if not that? The fact that he still seems to think that the public is on his side in all of this may be an even bigger indictment of his poor judgment than the earlier blundering. Cruz continues to have many fans in spite of all this, but they should ask themselves if they really want a leader who never takes responsibility for his failures and issues one self-serving denial after another when confronted with the cost of his mistakes.

Mike:  AG, when you alluded to that piece earlier in the Politico last Friday about Rand Paul, about the softer, gentler tone of Senator Paul and how even those that were diametrically opposed to him, politically speaking, have been showering him with praise for his gentlemanly and statesman-like handling of the government shutdown.

AG:  Even more so than that, there was an article written by Kathleen Parker back in April of this year talking about the difference.  She says:

There is a deeper problem, I think, with Cruz’s approach to the Senate, which has nothing to do with ideology. The contrast between him and Sen. Rand Paul (R-Ky.) is telling. Paul is no less conservative than Cruz, but he is polite to a fault, soft spoken and gracious. These qualities serve him well, indeed making some strident positions seem less so. Moreover, Rand Paul is trying to accomplish something. He’s put forth a budget. He’s offered suggestions to amend the Gang of Eight’s immigration bill. He’s suggested reforms to our drug laws.

AG:  There is something to be said in terms of your mannerisms, attitude, charisma.  It’s something that I think Senator Paul does an amazing job with.  I wish Cruz would take some cues from that.  Just being so ardently supported by the 15, 20 percent of the people that like you doesn’t win you a presidential election in 2016.

Mike:  I wanted to bring a couple quotes in here and share some wisdom of those that have gone before us.  There are a couple of things I’m inspired to talk about here today giving the preceding.  Number one is, I am currently reading a book written about Thomas J. “Stonewall” Jackson’s Book of Maxims.  It was very enlightening for me to find out that in the center of the book, they scan in images of Jackson’s book.  He actually did have the book.  He carried it around with him.  On the cover it said “T.J. Jackson’s Maxims.”  Inside were the maxims that are in the book and expounded upon by the author.

Number two, the thing that Jackson thought was most important above all was not politics, was not military solutions or military bravado or anything, even though he possessed an ample supply of all of them.  It was the conduct of the man, the conduct of the gentleman.  It is said or written that Jackson carried around with him published copies of the Earl of Stanhope’s, the letters of the Earl of Chesterfield to his son, Letters to His Son.  About this time last year, I encouraged all gentlemen in the audience to pick up a copy of the Earl of Chesterfield’s Letters to His Son.  There are two volumes.  You can get them at Gutenberg Press.  If you want to read them online or if you have an iPad or any kind of a pad or use the iTunes store, those books are free.  They’re in there and you can find them.  They’re part of the digital domain.  There are no copyright protections on them.  The Earl of Stanhope’s Letters to His Son are just filled with — it’s an instruction manual on how to be a statesman and how to be a gentleman in the 18th century world, things that should never go out of style.  I’m just reminded of some of the things that I was reading that Jackson had viewed as his maxims and how important that is to statescraft.

You’re right, Andrew, and I think Ms. Parker is correct.  In his statesmanship, Senator Paul is, as Dale Carnegie wrote in the 1930s, a book that I bet many of you have read How to Win Friends and Influence People.  If you’re wondering whether or not I read this stuff, yes, I do.  I read as much of it as I have time to read.  Yes, I am constantly working on my own faults and on becoming more of a Thomas J. “Stonewall” Jackson or more of a Senator Paul or more of what is viewed as the chivalrous — yes, chivalrous.  Bring the word back.  It’s been banned thanks to members of Gal-Qaeda.  Bring back the word chivalry.  We need butt tons of chivalry.  Bring it back.  Be a chivalrous gentleman of the 21st century.  There can be such a thing.

I was reading this.  Yesterday I finished the very, I think, worthy of your time essay written by Basil Lanneau Gildersleeve called “The Creed of the Old South.”  When the gentleman called earlier and asked me what he was going to do about all the political problems around him and it seems like there’s never any solution, you go vote and it doesn’t seem to matter, and we can’t solve this problem and that problem, and why can’t everyone in the country agree on some of these things.  My answer to him was: Your point of view is out of kilter here.  It is fatuous to believe that 309 million people are ever going to agree on those kinds of issue to where you’re going to have vast political majorities and satisfaction.  Political satisfaction is hard to come by anyways.  That’s number one.

As I was reading Gildersleeve, I was highlighting certain quotes and emailing them to myself so I could post them on the website.  How many of you people out there believe that there is still a difference between the mannerisms and conduct and traditions of the South and the same question applied to the North?  Follow-up question: If you say no, why not?  A third follow-up: What are those differences?  I think that they were brought over by the English settlers that came here, some Anglicans and others Protestants.  The Anglicans were more in the North, your Puritans and the Protestants settled more into the South.  In any event, the customs and traditions that became part of the very distinct regions in the colonies and then in the states, I think, in large part, are still with us today.  I think it’s also a travesty that we don’t acknowledge them and that we don’t encourage them.  [mocking] “They were around during slavery.”  So what?  So was the quest for clean water.  Does that make that wrong?  Gildersleeve boils this down into one paragraph out of thousands in “The Creed of the Old South” that’s worth sharing.  He’s talking about the Revolutionary War as in 1776.  Bear this in mind.  Here’s what he wrote:

The cohesive power of the Revolutionary war was not sufficiently strong to make the States sink their contributions to the common cause in the common glory. Washington was the one national hero, and yet the Washington Light Infantry of Charleston was named, not after the illustrious George, but after his kinsman, William. The story of Lexington and Concord and Bunker Hill did not thrill the South Carolinian of an earlier day, and those great achievements were actually criticized. “Who were Putnam and Stark that South Carolinians should worship them, when they had a Marion and a Sumter of their own?”

Mike:  What Gildersleeve is basically saying there is that there was ample reason or ample amount of traditions, customs, and even heroes for sectional or for regional young men and then older men to admire and to want to be like.  The reason that is important is because that is how you build communities.  You build communities around things that are viewed as being good.  Obviously the men of South Carolina viewed the Swamp Fox, Marion, as a good, and Sumter as a good, which is not to say that the people that revere in New Hampshire, Joseph Starks and Joseph Reed and Israel Putnam should not have revered.  That’s not the point at all.  The point is that the states had their own identities.  There may have been a larger identity North and South, but there were certainly smaller identities.

Don’t you think that a Constitution that would have been ratified around that time would have known that and people would not have ratified it had they thought their colloquialisms were going to be abolished by this monstrous creature that would evolve on the banks of the Potomac River and squash out any individualism that could possibly rear its beautiful head?  That’s what Tom Woods was talking about in his address Saturday night at the Nullify Now conference: We were never supposed to be a big, giant blob.  We were supposed to be a big, giant blob of thinking. 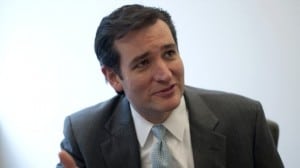