This Day In Founders History – 16 October

On this day in 1773, the Philadelphia Resolutions was printed in the Pennsylvania Gazette, the first public statement against the Tea Act imposed on the colonies by British parliament. The resolutions stated: 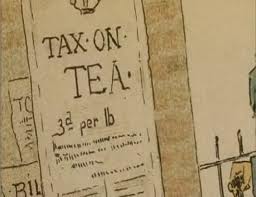 1. That the disposal of their own property is the inherent right of freemen; that there can be no property in that which another can, of right, take from us without our consent, that the claim of Parliament to tax America is, in other words, a claim of right to levy contributions on us at pleasure.

2. That the duty imposed…is a tax on the Americans.

3. That the express purpose for which the tax is levied…has a direct tendency to render assemblies useless and to introduce arbitrary government and slavery.

4. That a virtuous and steady opposition to this ministerial plan of governing America is absolutely necessary to preserve even the shadow of liberty and is a duty which every freeman in America owes to his country, to himself, and to his posterity.

5. That the resolutions lately entered into by the East India Company…is an open attempt to enforce this ministerial plan and a violent attack upon the liberties of America.

6. That it is the duty of every American to oppose this attempt.

7. That whoever shall countenance this attempt…is an enemy to his country.

8. That a committee be immediately chosen to wait on those gentlemen…appointed by the East India Company to receive and sell said tea and request them…immediately to resign their appointment.” 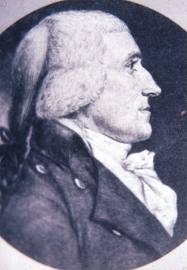 One notable birthday on this day in history in 1760, that of Jonathan Dayton. Dayton was the 4th Speaker of the U.S. House, U.S. Senator from New Jersey, and the youngest signer of the Constitution. Dayton was only 15 when fighting broke out in the colonies, and he served first as an ensign in his father’s regiment, climbing the ranks to captain at the age of 19. After the war, Dayton studied law, going on to serve as a New Jersey delegate to the Continental Congress and the Federal Convention. Dayton made many lucrative investments in Ohio — Dayton, Ohio named after him — and he lent money to Aaron Burr, therefore associating him in Burr’s alleged plans and getting him indicted for treason. Dayton was exonerated of the charges, but, his reputation tarnished, he was unable to resume politics at a national level.