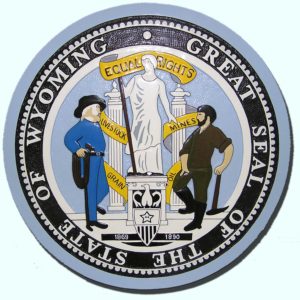 On this day in 1890, the Wyoming Territory became the State of Wyoming, the 44th state to join the Union, when President Harrison signed the statehood bill. There was much debate in Congress over the territory’s actual population versus that asserted by territorial delegate Joseph Carey, who had embellished several statistics to gain favor for Wyoming statehood. There was also much debate over the fact that women were allowed to vote and hold office in the territory. Despite the debate, the statehood bill passed and Wyoming joined the Union. 1

In 1775 on this day, General Horatio Gates issues “Instructions for the Officers of the Massachusetts-Bay Force.” These instructions pertained to recruiting, stating that they were “not to enlist any deserter from the Ministerial Army, nor any stroller, negro, or vagabond, or person suspected of being an enemy to the liberty of America, nor any under eighteen years of age…not to enlist any person who is not an American, born, unless such person has a wife and family, and is a settled resident in this Country.” 2

On this day in 1832, President Andrew Jackson vetoed the bank bill which would have renewed the corporate charter for the Second Bank of the United States. He stated that some of the powers of the then-existing Bank of the United States were “unauthorized by the Constitution, subversive of the rights of the States, and dangerous to the liberties of the people.” In the conclusion of his veto message, Jackson’s warning rings true still today, “Many of our rich men have not been content with equal protection and equal benefits, but have besought to make them richer by act of Congress. By attempting to gratify their desires we have in the results of our legislation arrayed section against section, interest against interest, and man against man, in a fearful commotion which threatens to shake the foundations of our Union. It is time to pause in our career to review our principles, and if possible revive that devoted patriotism and spirit of compromise which distinguished the sages of the Revolution and the fathers of our Union.” 3 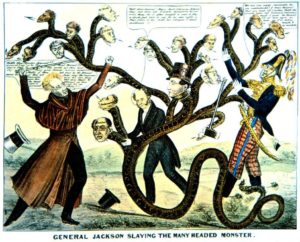 1 “Wyoming Becomes a State: The Constitutional Convention and Statehood Debates of 1889 and 1890—and Their Aftermath,” http://www.wyohistory.org/essays/wyoming-becomes-state-constitutional-convention-and-statehood-debates-1889-and-1890-%E2%80%94-and-the
2 “Instructions for the Officers of the Massachusetts-Bay Forces,” American Archives, lincoln.lib.niu.edu/cgi-bin/amarch/getdoc.pl?/var/lib/philologic/databases/amarch/.5227
3 “President Jackson’s Veto Message Regarding the Bank of the United States; July 10, 1832,” Avalon Project, Yale Law School, avalon.law.yale.edu/19th_century/ajveto01.asp