On this day in 1919, the 18th Amendment to the U.S. Constitution, prohibition of alcohol, was ratified by five states: Alabama, Colorado, Iowa, New Hampshire, and Oregon. 3 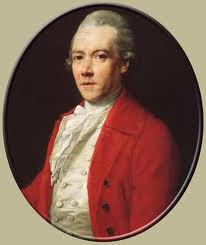 One notable birthday on this day in history in 1716, that of Philip Livingston. Livingston was born into a family of substantial rank in New York, although being the fourth-born son, he did not inherit anything. After graduating from Yale, he settled in New York City and became a businessman. In 1754, he was elected city alderman and served nine successive terms in the office. He also served on the New York General Assembly, an agent in England to the colony of New York, attended the Stamp Act Congress, and served as a member of the Committee of Correspondence. Livingston was a delegate to the Continental Congress for New York and signed the Declaration of Independence. Upon New York’s adoption of a state constitution, Livingston was elected senator to the state legislature. 4