On this day in 1775, Abigail Adams wrote to her husband John Adams about the Battle of Bunker Hill. “The Day; perhaps the decisive Day is come on which the fate of America depends…Charlestown is laid in ashes. The Battle began upon our intrenchments upon Bunkers Hill, a Saturday morning about 3 oclock & has not ceased yet & tis now 3 o’clock Sabbeth afternoon…how many have fallen we know not-the constant roar of the cannon is so distressing that we can not Eat Drink or Sleep.” 1

In 1775 on this day, George Washington wrote to his wife Martha about his reservations with commanding the Continental Army. “…so far from seeking this appointment I have used every endeavour in my power to avoid it, not only from my unwillingness to part with you and the Family, but from a consciousness of its being a trust too far great for my Capacity.” He also talks about having had a will drawn up and having paid the majority of his debts. 2 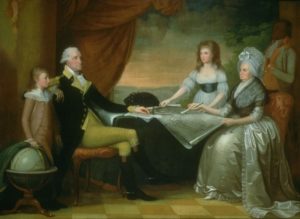 On this day in 1812, the War of 1812 began with President James Madison’s signing of a declaration of war against Great Britain. The United States was frustrated with Britain’s maritime practices of interfering with American trade. Thousands of American lives were lost in the war, which lasted over two years. From this war came the Star Spangled Banner and the burning of the White House. It ended with the signing of the Treaty of Ghent in Belgium on Christmas Eve 1814. 3 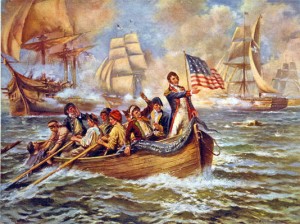 3 “The War of 1812,” Today in History, Library of Congress American Memory, memory.loc.gov/ammem/today/jun18.html