This Day In Founding Fathers History – 21 May

On this day in 1832, the first Democratic National Convention was held in Baltimore. This is where the Democratic Party officially adopted its name, but it had previously been known as “Republican Delegates from the Several States.” At the convention, President Jackson was nominated for a second term and Martin Van Buren for VP. This was also the first year Democrats adopted party rules. 1

In 1829 on this day, the cornerstone was laid for the dry dock at Boston, Massachusetts at the Charlestown Navy Yard. The yard was established in 1800, with construction on the docks beginning in 1827. Although the navy yard closed in 1947, it remains today as a national historical park. The USS Constitution and the USS Cassin Young are both housed at the park as examples of the types of ships that were once built here. 2

On this day in 1776, the Maryland Convention adopted a resolution stating that the people of Maryland had the “right of regulating the internal government and police of this province,” and that the convention itself had the power to “draw the whole force of this province into action against the armed force that is, or may be employed to carry into execution the several unconstitutional and oppressive acts of the British parliament for laying taxes in America, to enforce the collection of those taxes, and for altering and changing the constitution and internal police of some of the united colonies.” The resolution also stated that the province would join with the other colonies if necessary “to enter into a further compact with the other colonies for the preservation of the constitutional rights of America.” 3 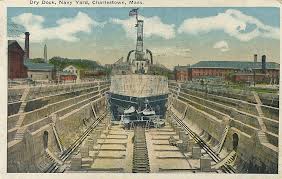