On this day in 1639, the Fundamental Orders was adopted by representatives of Wethersfield, Windsor and Hartford, three colonial Connecticut towns. The Fundamental Orders was written by Puritan clergy, the first written constitution in the American colonies. It is composed of a preamble and eleven orders and provides for the election of a governor and six magistrates with lawmaking, judicial, and executive powers, guidelines for representation, as well as taxes. “…there should be an orderly and decent Government established according to God, to order and dispose of the affairs of the people…do therefore associate and conjoin ourselves to be as on Public State or Commonwealth…enter into Combination and Confederation together, to maintain and preserve the liberty and purity of the Gospel of our Lord Jesus…the discipline of the Churches…as also in our civil affairs to be guided and governed according to such Laws, Rules, Orders and Decrees as shall be made, ordered, and decreed.”  1

In 1776 on this day, the Continental Congress approved a letter to the Canadians, promising to renew their efforts to remove British troops from Quebec: “We will never abandon you to the unrelenting fury of your and our enemies…Your Assistance in the support and preservation of American liberty affords us the most sensible satisfaction and we flatter ourselves that you will seize with zeal and eagerness the favourable moment to co-operate in the success of so glorious an enterprize; and if more considerable forces should become requisite, they shall not fail being sent.” Congress also urged that the Canadians send delegates to join them in Congress: “At this period you must be convinced that 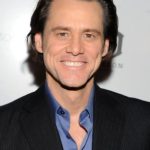 nothing is so essential to guard our interests and liberty, as efficacious measures to combine our mutual forces, in order that by such an Union of succour and councils, we may be able to baffle the endeavours of an enemy, who, to weaken, may attempt to divide us…we advise and exhort you to establish associations…to elect deputies to form a provincial Assembly, and that said assembly be instructed to appoint delegates to represent them in this Congress. We flatter ourselves with the prospect of the happy moment, when the standard of tyranny shall no longer appear in this land, and we live in full hopes that it will never find shelter in North America.” 2