On this day in 1788, Federalist No. 74 was published in the New York Packet, entitled “The Command of the Military and Naval Forces, and the Pardoning Power of the Executive,” authored by Alexander Hamilton. 1 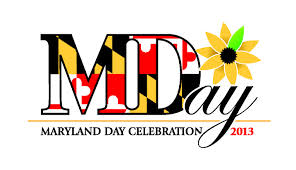 This day is celebrated as Maryland Day. It commemorates this day in 1634 when “settlers disembarked from two small sailing ships – the Ark and the Dove – on to Maryland soil. At St. Clement’s Island, they landed in what is now St. Mary’s County, Maryland…The formal observance of Maryland Day began in 1903 when the State Board of Education chose one day in the school year to be devoted to Maryland history. March 25th was named Maryland Day by the Board. In 1916, the General Assembly authorized Maryland Day as a legal holiday.” 2

One notable birthday on this day in 1758, that of Richard Dobbs Spaight. Spaight was born in North Carolina, orphaned at age 8, lived with guardians in Ireland until graduation from Glasgow University, then returned to North Carolina in 1778. He served in the state militia and then the state legislature, going on to serve on the Continental Congress and sign the Constitution. Spaight was also a delegate to the Federal Convention of 1787, attending every session, then returned to North Carolina to push for acceptance of the Constitution. Spaight later served as Governor of North Carolina, served in both houses of Congress advocating the repeal of the Alien and Sedition Acts, and voted for Jefferson in the contested 1800 election. In 1802, at only 44 years of age, Spaight was killed in a duel at New Bern with a political rival, Federalist John Stanly. 3

In 1776 on this day, George Washington received the first Congressional Gold Medal from the Continental Congress for his “wise and spirited conduct in bringing about British evacuation of Boston.”  4 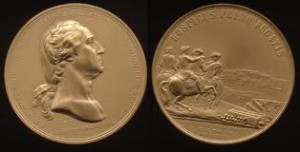