On this day in 1775, the Olive Branch Petition was signed by the Continental Congress. This was the second petition to the king, asserting their rights while maintaining their loyalty to the king. King George III received and rejected the petition in September of 1775, thinking he could end the colonists’ rebellion through military might. 1

In 1797 on this day, Senator William Blount of Tennessee was expelled from Congress. He was ordered to answer impeachment charges before a committee but he failed to appear, even after an arrest order was issued. Blount was charged with a high misdemeanor for his part in the conspiracy to enlist Americans and Cherokee Indians to assist the British in their quest to conquer Spanish Florida and Louisiana. The Senate prepared for the trial but was not completely certain that a senator was liable for impeachment, and a year later the Senate dismissed the charges for lack of jurisdiction. 2

One notable birthday on this day in 1805, that of Samuel David Gross. Gross was an American surgeon, teacher and author of medical texts. He is considered the “father of American trauma surgery,” with a 50-year career including orthopedics, thoracic surgery, abdominal surgery and ophthalmology. Dr. Gross wrote several medical texts that were highly influential both when they were written and for many years to come. He also served as editor for several medical journals and books and helped to found three medical societies: Philadelphia Pathological Society, Philadelphia Academy of Surgery, and the American Surgical Association. He also served as president of the American Medical Association. 3 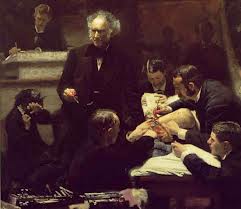