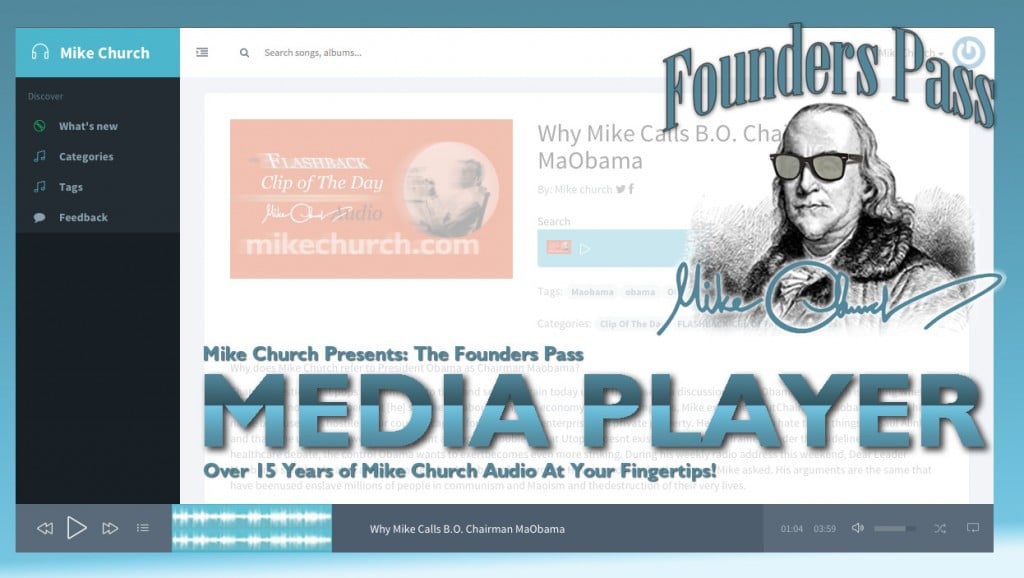 Mandeville, LA – Exclusive Transcript – What Father Chad Ripperger calls a heroic morality, men exhibiting heroic moral virtue.  Both of you on that point, I’m going to give both of you something to think about here.  Early in the show today when you guys weren’t here and it was just me solo, I was talking about I figured out this problem.  I can diagnose this problem now.  I got it.  Check out today’s CLIP OF THE DAY transcript for the rest….

David Simpson:  Even in close minds.

Mike:  Even in close circles you have disagreements.  This is on points where there shouldn’t be any disagreement.  There should just be an: Okay, one eternal, natural law and one eternal, natural truth.  We all agree on it, on matters of dogma.  Perhaps we should port the conversation that way for just a moment here on a Wisdom Wednesday.  David Simpson is in the studio.  Chris Ferrara is on the Dude Maker Hotline.  Chesterton, G.K. Chesterton, what does unity do?  What do we get out of unity?

Simpson:  You have to give me a little mental —

Mike:  Something about when you’re all separated.

Simpson:  As far as dogma being liberating.

Simpson:  I know what you mean.  He said when you have defined law, that you know the right and the wrong.  Basically what you have beyond that, actually religious understanding in an absolute and emphatic way, and normative rights or ethics being clearly spoken, then it’s like a playground.  He actually defined is as an island with a cliff all around the edges or something around those lines.

Mike:  It’s in an essay or a book he wrote called The Thing.  It’s at the end of one of the chapters.  He says: Imagine an island and the island is 100 feet elevated from the sea.  In the middle of the island is a tree.  There’s a bunch of little kids that are on the island and they’re cavorting about and[private |FP-Monthly|FP-Yearly|FP-Yearly-WLK|FP-Yearly-So76|Founding Brother|Founding Father|FP-Lifetime] playing because there has been a fence erected round the cliffs.  The fences don’t ever change.  The kids can run up to them and jump on them and bounce right off.  He says the kids will never touch the fence.  They never test the fence.  They don’t ever try to push it down.  They just acknowledge that the fence is there and the fence is a good thing that protects them.

Simpson:  Gives them the freedom to run around.

Mike:  If the fence becomes invisible or if you remove the fence, all of a sudden the kids are mortified, they’re terrified because they don’t want to fall into the sea.

Simpson:  They’re all hanging by the tree.

Mike:  That’s the practical application of the “nah man.”  [mocking] “Nah, man, I don’t want that dogma.  You gotta give me another dogma, man.  My dogma’s gotta have beer, fast cars, cheap money, cheap and hot women, easy women, too.”  Again, Chris hasn’t solved the problem.  He said go back to the —

Chris Ferrara:  Obviously this is going to require a fundamental social conversion.

Mike:  What Father Chad Ripperger calls a heroic morality, men exhibiting heroic moral virtue.  Both of you on that point, I’m going to give both of you something to think about here.  Early in the show today when you guys weren’t here and it was just me solo, I was talking about I figured out this problem.  I can diagnose this problem now.  I got it.  One simple sentence.  If we take the old adage that any job worth doing is worth doing well, which implies work ethic and all that, the new adage is, if something is easy to do, then it is easily worth doing.  That’s the new ethic now.  If something is easy to do, it is worth doing easily.  In other words, [mocking] “Nah, man, [/private]don’t ask me to put any effort into it.  Nah, man, that’s hard.  Man, that stuff is hard.  That sinning is easy.  I got the sinning down.”  It’s easy.  If something is easy, then it should be done easily.