Mandeville, LA – Exclusive Transcript – My point is, we’re not the first people to deal with this, so let’s just get over ourselves.  Let’s just get over our own little hubris and arrogance.  Go about living your life.  Don’t worry about your friends that you can’t convince.  There are always going to be idgets out there and there’s always going to be ignorant people.  You cannot control them.  You can influence them by your actions.  Check out today’s transcript for the rest…

Mike:  First up today is Kyle in Colorado.  Kyle, you are on The Mike Church Show on a Thursday.  How you doing?

Mike:  Thank you very much.  Back at you.

Caller Kyle:  I’m a longtime listener.  I run graveyard shift equipment and love listening to your show.  I call in as much as I can.  The question I have right now is, we’ve been talking for years about the way the government is going, the way the country is going, how we need to be getting back to the Constitution.  We’re obviously losing this fight, at least I feel, and I just don’t know what to do.  I try to inform people.  I try to distribute the little red pill as much as I can.  I just don’t know where to go or what to do, how to help my fellow man.  The problem is, I don’t think they want to be helped, and I’m worried because of that I’m going to lose my freedoms.  How do you feel about that?

Mike:  You obviously have lost many of your liberties.  Using the term freedom, to me, is a very nebulous, ubiquitous, gelatinous term.  It seems to cover everything.  “You still have the freedom to do this.” — “Yeah, but I used to have the liberty to do…”  You know that you’re losing more of your liberties.  You’re told you’re not really losing them, that you’re trading them for security.

As far as informing people and trying to get them to do things, Kyle, this has been the exercise of mankind since the beginning of scrolls or since the beginning of tablets where we can take a chisel out and chisel into it a piece of hate mail.  Men have always confounded other men.  It has always been the exercise of men wondering why others don’t see things the way they see them.  That’s part of our arrogance today.  We think we’re the first that have ever been slighted.  We feel we’re the first that have ever had to deal with usurpations of liberty, that no one that has come before us has felt the way we felt, and that they had all these wondrous things that we don’t have today.

I’m here to tell you, go back and read your history.  You’ll find, especially in the writings of men that were involved in framing and ratifying the Constitution and Declaration of Independence and Articles of Confederation, you will find a common theme that runs through all of their writings, and it is despair, angst, hopelessness, failure.  There are rhetorical flourishes of greatness and of bright futures.  The dark future is as equally if not more so represented.  It was with great fear that 18th century men saw the future.  They didn’t think that government was going the way they wanted it to go.  This is what spurred Jefferson to forego his much ballyhooed retirement in 1797 after he told John Adams: I am not being your vice president, dude, I’m going home.  Of course, only to be elected president a short four years later.

I think one of the mistakes we tend to make — and I’m as guilty of it as any of you.  Maybe because I’m aware of it now I’m a little less guilty, but that’s only because I’ve been reading a lot more 18th and 19th century tracts than many of you have.  I think it’s one of the mistakes we make to think that we’re the only ones that have had to deal with adversity.  Just put yourself in the position — just imagine you’re an American colonist on 14 May 1776.  If you’re in Virginia, you are a Virginia colonist.  You are a subject of the king of Great Britain.  By the close of business on 15 May, you are now a citizen of the country of Virginia.  Just think about that for a moment and the magnanimity of it, how large of a leap that is.

Let’s go over this again.  On 14 May 1776, Williamsburg, Virginia in and around the House of Burgesses, those gathered there, including the legislators gathered therein, Patrick Henry among them, were colonists of the Virginia Colony, subjects of King George III.  By the close of the day that was 15 May 1776, the next day, you were no longer a British subject.  You were a citizen of the country of Virginia, the first time that had ever happened in the history of man, as they had written their own constitution and then sat down to debate it and ratify it.  Then on 28 June, the next month, they elected Patrick Henry as the first governor.

Just think of the ebullience that you must feel at that moment, how overjoyed you must fee.  You’re free.  The crown is gone.  The only government that is going to rule over you is the one that’s being debated right now in Williamsburg, Virginia on 15 May 1776.  You get to have a say-so in it.  You get to say: No, you can’t do that, dude.  You get a say-so in your government for the first time in the history of man.  You get to create it.  This is LEGO.  You’ve got constitutional LEGO blocks and you’re building the darn thing.  You’re free.  You started at zero.  You have no one to answer to other than the men that are in that hall right there that are about to pass a foundational law.

Fast forward 22 years, 1798.  You went through a war.  You vanquished the currently-mightiest empire on Earth, the British Empire, their army.  You established your own federal form of government, the Articles of Confederation.  You have concluded peace with the Brits, French, Spaniards.  You’re recognized as a country throughout the world.  You’re trading, still living free and peaceful.  You then went and wrote and ratified a constitution for the federal union of states.  Here you are 22 years later in August and September and October of 1798 faced with the specter of this thing called the Alien and Sedition Acts.  All that you have done and all that you have worked for heretofore has now been undone in the space of the Adams administration.  In just the space of two and a half years, all that wonder that you had in May of 1776 has, in your mind and your opinion, evaporated right in front of your very eyes.  Your revolution has turned tragic, as Jefferson, Madison and Taylor of Caroline and other Virginians put it.

Do you think that they were as filled with despair as you and I are right now?  Don’t you think they looked at the Adams administration — of course, it was in New York at the time — with the same contempt that you look at Obama?  You can read Jefferson and Madison’s letters — well, not Jefferson.  He was vice president.  He was kind of mum.  You can read Madison’s and Taylor’s and other Virginians’ letters.  Folks, they were despondent.  They thought all had been lost.  Thus, again, Virginians met in assembly in December 1798 and drafted the Virginia Resolution.  Their brethren in Kentucky met the same month and drafted the Kentucky Resolution.  Again, they stated to the world: No, that’s not the way it’s going to be.  A short two years later, Jefferson was elected president.  The first act of the Jefferson presidency was to ask Congress to repeal the Alien and Sedition Acts.  President Jefferson issued a pardon.  He didn’t even look at the cases.  Anyone that had been prosecuted and locked up under the Alien and Sedition Act was pardoned.

While I’m certain that they felt despair and that they ought to give up, give up they did not.  I could walk you through incident after incident after incident even during Jefferson, Madison and Monroe administrations where Virginians probably felt the same way you feel today.  My point is, we’re not the first people to deal with this, so let’s just get over ourselves.  Let’s just get over our own little hubris and arrogance.  Go about living your life.  Don’t worry about your friends that you can’t convince.  There are always going to be idgets out there and there’s always going to be ignorant people.  You cannot control them.  You can influence them by your actions.  Deal with what you have power over, as I always say, your family and your community.  If you have the good fortune of maybe being a bit influential outside of your community or family, use it wisely.  Study the great works.  Study history.  Let the past illuminate your path to the future. 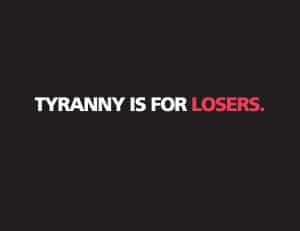