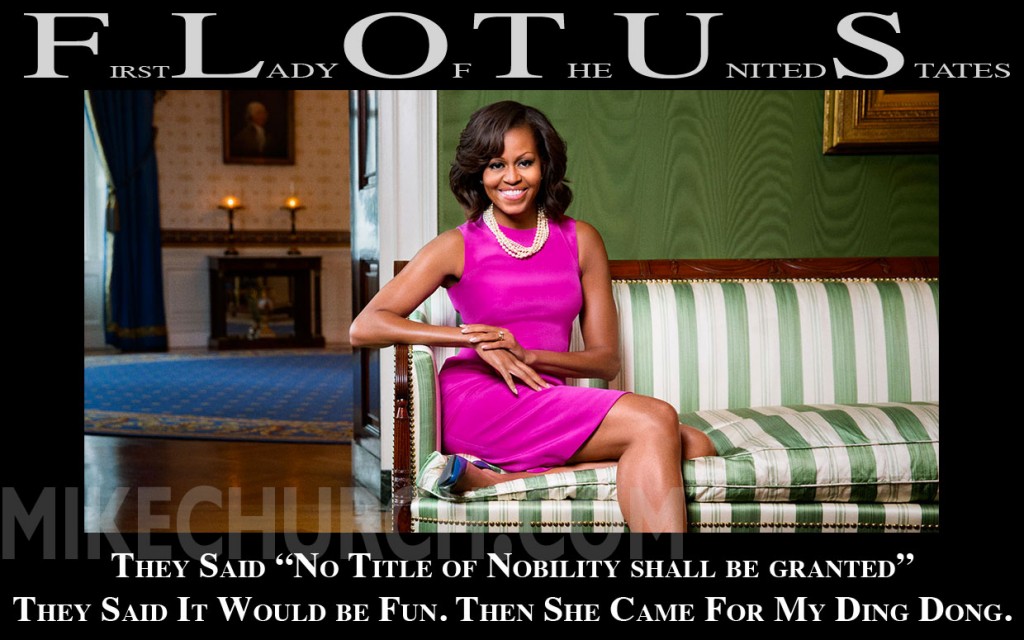 Mandeville, LA – Exclusive Transcript – Um, the fact that the federal government of the United States has allowed an individual with a ceremonial, titular position, namely FLOTUS, First Lady of the United States, a position which does not exist, is not constitutionally ordained, and cannot be constitutionally ordained because what is it?  It’s a title of nobility.  Oh, but we have one, don’t we, brother?  Yes, we do.  Check out today’s transcript for the rest…

Mike:  Speaking of deals that aren’t big deals and ridiculousness, do you have Mrs. Obama now?

Michelle Obama: We’re now seeing efforts in Congress to roll back these new standards and undo the hard work that all of you, all of us have done on behalf of our kids. And, you know, this is unacceptable. So many families are looking for help now in their efforts to find new ways to feed their family balanced meals. Moms and dads don’t want their efforts undermined when they send their kids off to school. The last thing that we can afford to do right now is play politics with our kids’ health, especially when we’re finally starting to see some progress.

Mike:  I don’t even know where to start.  Going back to papyrus scrolls and stone tablets, scratch that, cave paintings in France, there is roughly 8,000 or 9,000 years of recorded human history.  We know that homo sapiens have meandered about the Earth for about 8,000 or 9,000 years writing things or cataloguing things.  Knowing that, we can safely say that man has been able to feed himself for 8,000 or 9,000 years, otherwise we wouldn’t be here.  We would have starved to death.  After 8,000 or 9,000 years, man has forgotten or does not know how to feed himself?  Man and woman that make child don’t know how to feed said child?  If it’s possible that you could stomach that ridiculous thought and believe it, please explain then how in the “greatest country of the history of the world” that is possible.  Ladies and gentlemen, that’s a survival skill.  That’s instinctive.  Simple stuff here.  But to listen to FLOTUS talk, she makes it sound as though, [mocking] “People out there, we were just making progress and showing them how to eat and now we’re talking about not showing them how to eat anymore.  Their kids are fat bastards.  We gotta stop this!”  Can you play it one more time?  I just want to make sure I heard the sob story correctly.

Michelle Obama: The last thing that we can afford to do right now is play politics with our kids’ health, especially when we’re finally starting to see some progress.

Mike:  Wait a minute.  It’s politics that got interjected into our kids’ health, madam.  I think a little Ralph Kramden is due here, [Kramden: “You are a blabbermouth!”]  Gotta have those nutrition skills shipped from Washington.  Folks, did I make the point clear enough?  Do you not see here?  Politics is what was injected into the apolitical process of packing a lunch for school.  That is not a political activity.  [mocking] “Hi, little Johnny, going to school today?” – “Yes, I am, Daddy, yes, I am, Mommy.” – “Here you go.  Here’s your Spiderman lunchbox.  I packed all your favorites.  There’s an apple in there, a PB&J sandwich in there, a thermos full of milk.  It’s all great.  You’re gonna love it.”  That’s not a political activity.  Oh, but it’s been made one now.

She has the audacity to say, [mocking] “We can’t let politics get involved in feeding our kids.”  Um, the fact that the federal government of the United States has allowed an individual with a ceremonial, titular position, namely FLOTUS, First Lady of the United States, a position which does not exist, is not constitutionally ordained, and cannot be constitutionally ordained because what is it?  It’s a title of nobility.  Oh, but we have one, don’t we, brother?  Yes, we do.  We’ve had them since Eleanor Roosevelt.  Hell, we’ve had them since Mary Todd Lincoln.  We have now elevated them to the status of queen.  Now they have their own office.  They have their own budget.  And now they’re directing the affairs of Congress publicly, on something that every human being, in order to survive, must know how to do.  What’s next?  Are we going to talk about depriving our kids?  [mocking] “We’re not going to let politics get in the way of our kids breathing.  Shallow breaths is the problem here in our schools.  They’re not breathing deeply enough.  They haven’t been taught this at home so we have to intervene.”  This is a joke, it has to be a cruel joke. 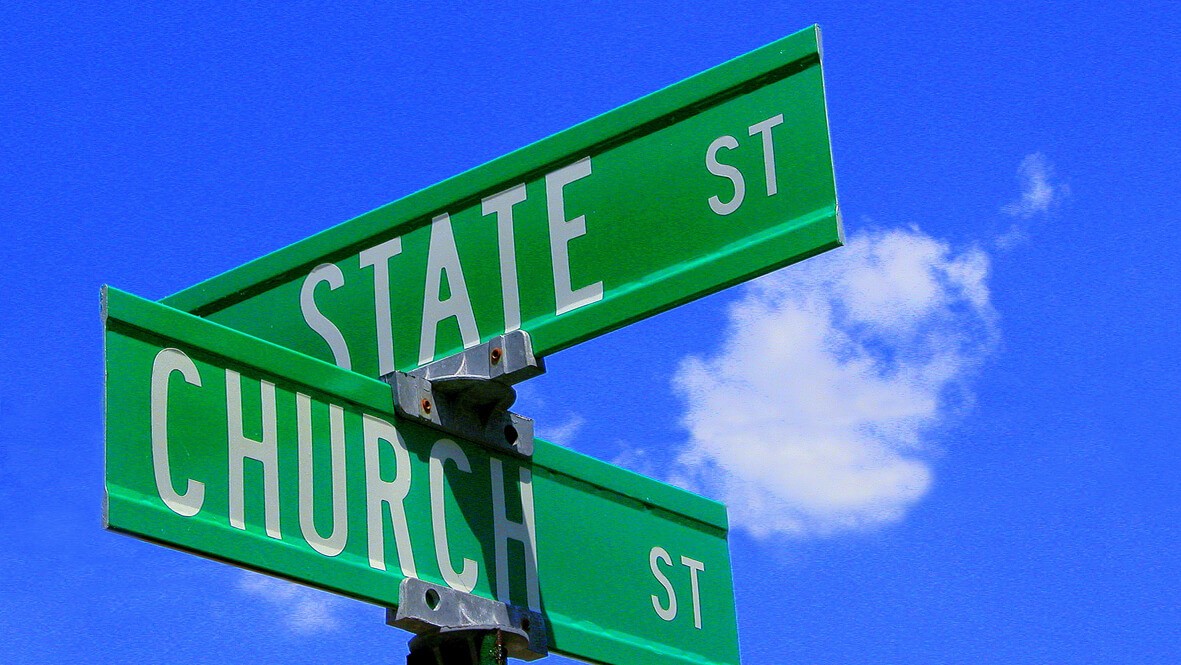