Mandeville, LA – Exclusive Audio and Transcript – This Clip of The Day was originally aired and published on Jul 12, 2012 and is part of the Founders Pass Flashback Collection.

Caller Randy seems to have been brainwashed by the mainstream media… he seems to think that the propagandists at FOX are A-OK but the ones at O’MSNBC aren’t.  Sorry Randy but there’s nothing fair or balanced about FOX, MSNBC, or any other cable news outlet.  Check out today’s audio and transcript for more…

Mike:  Hello, Randy in Alabama.  How are you?

Caller Randy:  I just want to address what you were just talking about, the media, first.  My parents are a case study there.  They were listening to national media.  They voted for Obama last time.  We debate every time we go over there.  My wife and I are very conservative.  Now they listen to Fox News.  Now they are moving towards the conservative side of the issues.  It’s propaganda that they’ve been fed for years and years and they bought into it.  Once I turned them onto Fox News, now I think they are, I know they’re going to vote for Romney this time around.  It does have an impact when you go and fight that fight.

Mike:  So Randy, you have just told a million and a half people that one propaganda led your parents to vote for Obama and now the new propaganda will lead them to vote for Romney.

Mike:  You just said a media source turned their opinion.  You just said it.  You said the former was propaganda but the latter isn’t.  Let me get this straight.  The Democrats and liberals, evil, hated liberals, have the market cornered on propaganda?

Caller Randy:  Just listen to one of their debates on CNN when they have a conservative on there.

Mike:  I do that.  I am tortured.  My brain is turned into gelatin from watching these debates.  I’ve watched too many of them.

Caller Randy:  I do, too.  I’ve basically tuned out for a while since the Supreme Court decision.  My main point was what you were talking about, Romney’s speech.  I listened to it yesterday, about the free enterprise system and central planning.  What he said before that, prior to that about five minutes, was straight from the Ronald Reagan book of lower taxes and lower federal regulation.  That’s the free enterprise system that he was talking about, what Obama has done with the coal industry and the Keystone pipes, special interests driving the goals of Obama.  He wasn’t really talking about central planning.  He was talking about cutting back federal regulation, the EPA.  Basically that was the point he made.

Mike:  He said he had a plan.  He gave me a five-point plan.  Why isn’t that central planning?  His campaign platform is a 57-point plan.

I asked the audience earlier, and I’ll include you and your parents in it now, pleases show me where, in Article II of the Constitution, where the president is given a damn thing to say, one solitary thing to say, other than vetoing taxes over tax policy or managing the economy.  This is what we must combat here, folks.  This is the great battle here.  The great battle is not between us and Obama and us and those liberals.  The great battle is between us and ourselves and our own misguided perceptions of what we want this thing government to do.

Randy, I would just like to say to you, if you don’t think Obama should do it, then Romney shouldn’t do it, Bush shouldn’t have done it, Reagan shouldn’t have done it, and it just shouldn’t be done.  It ought to be left to the market.  Central planning is central planning, end of story.  I appreciate the phone call.  Keep watching that news.  That’s got to make the highlight reel.  I love that.  So the left-wing propaganda influenced the parents and then you turn them onto the right-wing propaganda.  I find it just humorous.  AG, what is the Fox News motto?  Three words, what is it?

Mike:  Fair and balanced.  It’s not supposed to be conservative propaganda. 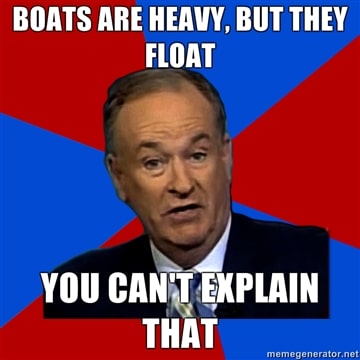 Thanks for the props but I was just doing what comes natural-trying to tell it like it is. My point wasn’t to vilify one network over the other it is to point out that ALL of network/cable news is propaganda these days. No one challenges the State and IT’S right to do most everything it does, instead they quiblle over which formula for doing these things is best.

Mike, when historians do research centuries from now, looking for any evidence of someone who was devoting their daily lives to expose this “two party system” for what it is, and the propoganda that comes with it, keep this file easily accessible.