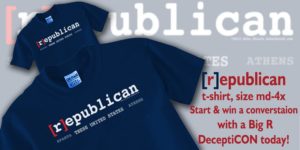 Mandeville, LA – Exclusive Transcript – “Facebook has married the Shazam technology, although they claim it’s their own, with their own mobile app.  For those of you that think it’s necessary to fill the rest of the world in on what — like my brother, for example, who thinks everyone needs to know every move he makes.  It’s like a Police song, [singing] “Every move you make…”  Everywhere the boy goes, he’s got to announce it to the world via Facebook.  There’s going to be a problem with that now.”  Check out today’s Clip of The Day and transcript for the rest…

Mike:  Facebook has married the Shazam technology, although they claim it’s their own, with their own mobile app.  For those of you that think it’s necessary to fill the rest of the world in on what — like my brother, for example, who thinks everyone needs to know every move he makes.  It’s like a Police song, [singing] “Every move you make…”  Everywhere the boy goes, he’s got to announce it to the world via Facebook.  There’s going to be a problem with that now.  Unless you defeat this feature on the app, when you turn the app on and go to tell the world you’re having sushi at the Five Twins Sushi Bar in downtown Fredericksburg or whatever, if they happen to have a television show on and the audio is on, or if they happen to have a music feed, the app is now going to grab what it is that’s playing and ask you whether or not you want that included in your post.  He’s having sushi at Five Twins.  And guess what?  “Disco Inferno” from The Trammps is on.

I don’t want to get off in the weeds on this subject, but two days ago we discussed sartorial style, meaning how you dress and how men and women dress these days, how men are not dressing like gentlemen, or not enough men are dressing like gentlemen.  One of the things that is attendant with that kind of manners — this goes to the manners of public establishments.  Why is it, folks, that when you go to an Italian restaurant — let’s just stay with the sushi place I was talking about where my brother is probably going to go for lunch today.  Why when you go to a sushi joint aren’t the proprietors playing some kind of Japanese-themed music?  I don’t know what the name of the Japanese version of the guitar or sitar is, but I know it when I hear it.  They have flutes and certain kind of crystal bells they use.  You people know what I’m talking about.  Instead of piping in theme music that goes with the restaurant, all too many times they’ve got some soft rock schlock pumped in there.  If you go to any burger joint, you’re going to be regaled by the latest classic rock station or whatever.  It always bothers me when it’s a culturally-themed establishment — Italian, Japanese, Spanish, whatever — that you don’t get the theme music with it.

So this app is now going to grab whatever is playing and ask you if you want to include that in the post.  Now, not only will we have the useless information of where everyone is at lunch and where they’re trying dresses on and what have you.  Now we’ll know what they’re listening to.  Why don’t we just get this over with?  Everyone should be compelled to buy a pair of these Google glasses.  I don’t know if you’ve seen these things.  I have not actually seen anyone with them.  I’ve seen pictures and videos of people that have them.  It’s a set of glasses and apparently it projects onto the lens on the inside of the glasses computer screens and a video feed, etc., etc.  Maybe we should all just dispense with the social media and we should all just be carrying live cams around with us so that the world can just keep up with our live broadcast at any point in time.  The reason I don’t live with you and I live with her is because I married her, but yeah, I still want your feed.  I absolutely needed to know that there were not any chili-flavored Fritos corn chips left in the break room at work.  This was indispensable, important information, and in our narcissistic age, that I certainly needed.

There’s another part to this that the guys at Zero Hedge bring up about the Facebook app scamming whatever it is that’s playing in the room.  What if they’re in your room?  What if you don’t want your friend broadcasting to the entire planet your music selection?  You may not even be a Facebook member.  You may not even have an account, yet someone comes into your house and you’re having a party, a get-together, a dinner engagement or whatever the case may be.  You may have decided: I don’t want to participate in that.  You may not have a choice.  Not only will someone come into your house and be taking pictures of the party, if you’re the guy or gal that’s selecting the television or music program, you may now know what’s on in the background.  [mocking] “Mike, why would that matter?”  Let’s think about this.  What do you mean: Why would it matter?

Let’s just say what if you’re at someone’s house and someone is using this app and you just happen to have teenagers.  Let’s say they’re not even teenagers.  Let’s say they’re eight-year-olds in there.  While the eight-year-olds are having cake and ice cream in the other room, some clown friend of yours is snapping Facebook photos.  And while he’s snapping them, you guys just happen to be standing in the other room, you and your buddies, drinking beer while the kids are having cake and ice cream and watching Hangover Part III.  Remember, you don’t have a Facebook account.  Your friend takes the selfie of he and the buddies.  It comes up: Hey, would you like to include the video and audio content?  Sure!  Everybody needs to know that.  Pretty soon, bammo, a Facebook post.  Oh, look, John Smith is at his eight-year-old’s birthday party and they’re watching Hangover Part III.  That’s just one instance that I can imagine and think of where the unintended consequences of this are going to go seriously awry.

Also, we know that the NSA has tapped into Facebook’s servers.  We know this because Mark Zuckerberg threw some kind of a hissy fit over it.  He was allegedly angry over it.  [mocking] “They can’t spy on people like that.  Only we can spy on people like that.”  We know that the NSA has access to their servers.  We know the NSA is able to get into the Google servers.  We know that they’re able to get into Twitter servers.  Name your computer outfit out there and the NSA is able to get into it and extract information and data.  While they may not have eyes and ears previously on the inner workings of your home or someone else’s home, now with the Facebook app on by one of your friends visiting your home, now the NSA, or whoever else can eavesdrop on it, has eyes and ears inside the house.  Is this a bridge too far, ladies and gentlemen?  Isn’t this just crossing one creek too many with the old “gotta have the latest technological wonder”?

I was wondering about this as I was reading the story: Whose idea was this?  Who would concoct such an idea?  Of course, Facebook is promoting this as the evolution of things to come.  Will there be any privacy anywhere left on Earth?  What happens if you just happen to take the Facebook app in the bedroom or bathroom with you and you leave it on?  Here’s what the guys at Zero Hedge — bear in mind the terminology here “in the vicinity of users.”

Even if users decide not to share what they’re hearing or watching, Facebook will hold onto the data in anonymous form, keeping tabs on how many users watchers particular shows. [Mike: Let me read that again.]

“I hope there are people who love the feature and post more,” says Facebook’s product manager excitedly about the new feature they just added. We suspect people will not… As The WSJ reports, starting Wednesday, the app has the ability to recognize music and television shows playing in the vicinity of users. Read that again… ‘in the vicinity of users’. In other words, Facebook is unveiling its own NSA-style eavesdropping feature (on you and all your friends). Don’t worry though… even if users decide not to share what they’re hearing or watching, Facebook will hold onto the data in anonymous form, keeping tabs on how many users watched particular shows. Sound familiar?

Mike:  They’re going to prompt you for this before they launch this.  Just click the box and acknowledge that I understand you changed the terms.  Of course you can listen to everything that’s in my house and watch everything that’s in my house.  Of course, yes.  I got it.  I understand.  I can’t hold you liable because I just ratted my friend out that he was watching Hangover Part III while his eight-year-old’s birthday party was going on in the other room.  I understand that I’m not going to hold you liable for that.  Get on with it.  I just find the encroachment here startling.  It doesn’t seem as though anyone can make the connection with the size and expansion of the surveillance state.  There’s nowhere for any of us to hide, especially with these hell forsaken smartphones in our pockets now.  Maybe they’re not smartphones.  Maybe the proper terminology is actually spy phone.