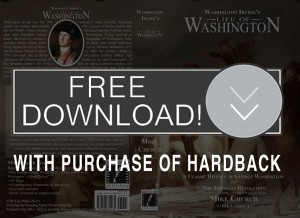 Mandeville, LA – Exclusive Transcript – History has a way of getting in the way of the designs of men who wish to do things that are ahistorical.  When you start bringing history up, and the way history actually happened and not the way somebody in Connecticut who’s a member of the Democratic Party wishes for history to be told, we run into all sorts of problems.  Check out today’s transcript for the rest….

Mike:  Professor Dr. Kevin Gutzman is here.  You blurbed Taylor Bledsoe’s book.  You can vouch for the fact that there is no finer treatise ever written about the constitutionality of secession to Is Davis a Traitor, right?

Mike:  As you wrote in the blurb, here we are 50 or 60 years later and no one still has even bothered to try and answer Bledsoe.

Gutzman:  Well, in the latest issue of National Review, there’s a little piece by the noted Lincoln idolater, Allen Guelzo, about the Confederate flag.  He says one fact about the Confederate flag that people have been overlooking is that the Confederate battle flag is the symbol of treason.  Typically of people who have his point of view on these questions, he doesn’t attempt to make an argument; he just makes an assertion.  Making an argument would require him to answer Bledsoe and, of course, he can’t.  So he never has tried and won’t try.  In fact, as listeners know, I show in both Virginia’s American Revolution and James Madison and the Making of America, that the Federalists promised, during the ratification campaign in Virginia, very loudly, in case Virginia ratified the Constitution and its powers were abused by the federal government, Virginia could secede.  Mr. Guelzo would have to demonstrate that the federal government had not done anything unconstitutional in order to prompt Virginia to secede.

Of course, Virginia, in the secession crisis of 1860-61, had a secession convention and decided not to secede.  Then President Lincoln took office, suspended the writ of habeas corpus, which is an Article I power of Congress not the president, raised an army, which is an Article I power of Congress not the president, and thereby provoked Virginia to secede.  Is it treason for Virginia to have seceded?  Well, if we’re originalists, we have to say clearly no, it was not treason for Virginia to secede.  Actually, I would say when you have a federal republic and one of the constituent republics pulls out of the Union, that’s not treason any more than if Spain withdrew from NATO.  That would not be treason.  I wouldn’t think, and most people wouldn’t think, it would be legitimate for NATO to then bomb Madrid and kill a quarter of the adult males in Spain.

Mike:  History has a way of getting in the way of the designs of men who wish to do things that are ahistorical.  When you start bringing history up, and the way history actually happened and not the way somebody in Connecticut who’s a member of the Democratic Party wishes for history to be told, we run into all sorts of problems.  For example, the NAACP pressuring the Connecticut Democrat Party to remove the names of Thomas Jefferson and Andrew Jackson from the annual Jefferson Jackson Bailey dinner because, [mocking] “It’s the right thing to do, because these guys were slave owners and horrible human beings.”

As you pointed out, you’re not going to defend Jackson, and I’m not going to defend Jackson either, but I’ll defend Jefferson.  This is just another one of these, I think, misplaced, outrageous – if you want to be outraged about something that’s going on in Connecticut, especially if it’s in Connecticut near New York City, and you’re black, be outraged by the fact – and I read the statistic earlier.  In the last year we have statistics of abortions in Manhattan, in New York City specifically, 35,188 little black babies were aborted in New York City in the one year that was 2011.  Not a peep out of the NAACP.  Not a peep out of all these people who are agitated over the Jefferson Jackson Bailey dinner.  You’re the historian.  I’ll let you deliver your own point of view on it.  That’s my take.

Gutzman:  That is interesting.  It used to be that there was a very prominent black minister who made the rounds in the United States protesting what he called the black holocaust.  He gave impassioned speeches about this.  He appeared in black churches and gave long sermons decrying the fact that Planned Parenthood intentionally located a lot of its clinics in black communities because it, of course, was founded as a eugenicist organization whose purpose was to abort minority kids.  Ultimately in the 1980s, this minister, as I said a very famous one, decided to become involved in politics, so he changed his position from calling it a black holocaust, comparing it to what Hitler did to the Jews, to saying this is a woman’s fundamental right and we need to protect it.  Of course, his name is Jesse Jackson.

Actually, there were several prominent Democratic politicians who all changed their position on this question the same election cycle in the ‘80s.  Albert Gore, Jr., for example, used to be a pro-life Senator from Tennessee.  William Jefferson Clinton was a pro-life governor of Arkansas.  Dick Gephardt was a pro-life House Majority Leader from Missouri.  Sam Nunn was a pro-life senator from Georgia.  All of them changed their position in the same couple of years.  Actually, I heard on the radio yesterday – I can’t recall whether this is true – that Joe Biden used to be pro-life.  That would be totally unsurprising since, by all accounts, Biden is a regularly-attending Catholic.  The idea that he’s a Catholic and pro-abortion, I have a hard time making that compute, other than by saying this turns out to be political necessity for people in the Democratic Party who want to rise to the very top offices in the federal system.

Of course, all those people I named earlier were either people who were notoriously considering running for president or actually had announced that they were running for president.  Of course, in Albert Gore’s case and William Jefferson Clinton’s case, they were people who did run and in one case even did win the presidency after they had changed their position.  That’s a very interesting phenomenon.  As far as the Democratic Party in Connecticut, you and I have talked about the Democratic Party in Connecticut.

Gutzman:  I have long said that the Democratic Party in Connecticut has no business having Thomas Jefferson be any kind of symbol of theirs because they don’t stand for anything that Thomas Jefferson stood for.  They stand for unlimited government.  They stand for transfer of some people’s earned income to other people just on a promiscuous basis.  They certainly don’t stand for merit as a main measure of advancement in society, which was, of course, part of Jefferson’s education plan for Virginia.  They definitely don’t stand for merit as a chief criterion for advancement of education.  They don’t stand for low taxes, no government borrowing.  They’re just not Jeffersonian.  It’s a good thing, I think, that they have gone in for truth in advertising and decided to eschew their old association with Thomas Jefferson.  Actually, Connecticut is one of only two states in the union that had three opportunities to vote for Jefferson for president and never did, the other one being Delaware.

Mike:  That’s an interesting take on the kerfuffle over the Jefferson Jackson Bailey dinner.

Gutzman:  The other thing is, of course, Mr. Jackson.  Again, you and I have talked about him repeatedly, too.  I think he was one of America’s all-time scumbags.  He shouldn’t be on the twenty.  He shouldn’t be on anybody’s fundraiser.  He’s a nasty guy whose tenure in the presidency ought to be lamented.  The ironic thing about that is, of course, one reason I think his tenure is to be lamented is, although he was a Democrat in the 19th century sense, he ended up, in the secession crisis, issuing a Hamiltonian statement about the nature of the union.  Today’s Democrats in Connecticut are for that.  What they’re actually doing, of course, is attacking both of these guys on this unhistorical basis, that the two of them were associated with slavery.

In the case of Thomas Jefferson, I think this is an absurdity.  Thomas Jefferson, yes, was born into a family that owned slaves.  Is that interesting?  Well, he actually took significant steps to undermine slavery.  In fact, one thing he did was, when he was president in 1806, he called on Congress to pass a law making it the policy of the United States as soon as the Constitution would allow to stop importing slaves from abroad.  The Constitution said that slave importation could not be banned until January 1, 1808.