Mandeville, LA – Exclusive Audio and Transcript – This Clip of The Day was originally aired and published on Jun 28,2012 and is part of the Founders Pass Flashback Collection.

There’s an awful lot of chatter out there from non-statesman and people who have no participation in the process.  I’m not arguing against freedom of the press  here but most of it is just filler, filling up broadcast time and web space.  And many of the people chattering do not have enough knowledge about the subjects at hand to be chattering away.  Check out today’s audio and transcript for more…

Mike:  This is a disqualification of sorts, but I think it needs to be at least acknowledged, and that is this: there are an awful lot of voices.  This is what you get with a free press, granted.  I’m not arguing that you shouldn’t have a free press.  Please do not misunderstand.  Don’t rush to your handheld device.  Don’t rush to your computer to fire off an angry email.  There is an awful lot of chatter out there.  It is chatter from non-statesmen, non-participatory individuals, shall we say.  The chatter is not productive, because the chatter is not based on a devout understanding or devout knowledge, I shouldn’t say devout, a robust knowledge of the past and a robust understanding of prior conditions.
Things are just said, and they are said for the purpose of filling broadcast time, blog space, newspaper columns, you name it.  There’s nothing wrong with it on the surface, but that’s why many things are said.  Because there’s so much of it, it is impossible, or I should say it is futile, to believe that many of us as citizens living in the current situation we live in with all the accoutrement of the modern news machine, it is futile and silly to believe that everyone is going to have the time to perform due diligence and check this stuff out.  Yet, regardless of whether they did so or not, they’re still going to have an opinion.  I am sorry to say, and I apologize in advance, that vast majorities of people that work in the industry that I work in would qualify under the prior-stated rule.

This is a major problem here, ladies and gentlemen.  It is one that is not going to be fixed overnight.  Regardless of what the Supremes say today, you’re not going to fix that.  I would suggest to you that as long as that is something that we are dealing with on a daily basis, and by the way not paying any attention to whatsoever, along with the other aunt in the attic screaming to get out, that whole devolved, desensitized culture that we live in, then expect these problems to persist.  It is the height of insanity to expect that they will not.  Again, the best that you can do, the best that I can do, is to enlarge our personal spheres.  I believe in enlarging your personal sphere or the amount of enlightened people around you by continuing to do exactly what you’re doing, reading, writing, but in a more personal manner.

This is something I talked about at the Academy of Philosophy and Letters when I was given the chance to speak to the room full of guys with fancy titles before their names, Ph.D.’s, MD’s, BA, BCA.  I ran out of brain space to catalog all the lofty degrees.  It’s fine to sit out there and do all these academic things.  It’s fine to sit here and do all these broadcasting things and the things we do.  At the end of the day, these are human problems.  It is because we have severed bonds and ties between ourselves and fellow human beings that we call citizens, maybe friends and neighbors, and believe me, I’m as guilty of it as anyone.  I do acknowledge it and I do make a conscious effort to fix it.

This is a person-to-person, man-to-man, woman-to-woman problem.  If you’re not going to deal with it in that manner, then I don’t think you’re going to get to a happy station in life where you think you have begun the process of fixing these things.  The main reason is because most of the answers that you seek are not political.  Most of the problems that you complain of and we claim to be possessed of are part of the political.  That is not the conservative life or the conservative experience.  Politics is what you do when you have a problem that resists individual solutions.  There are very few problems that resist individual solution.

Mr. Gruss, you’ve been mighty silent up there today.  I don’t know if you’re paying rapt attention or if I’m boring you to tears.  Let me ask you, does that make sense, that you would or should only invoke politics when an individual solution is unattainable?  Does that make sense?

AG:  I think it makes sense.  Is it idealistic, though, to look at it that way?

Mike:  Why would that be idealistic?  At least you have control over whether or not it has an individual solution.  In other words, if the problem and challenge is so large — let’s look at what individuals can do.  You say it’s idealistic.  Let me challenge you.  Is it idealistic to believe that a gathering or a voluntary association of individuals can build the world’s tallest building?  Is it?  It’s happened, hasn’t it?

Mike:  Is it idealistic to believe that gatherings of individuals can build the world’s tallest and strongest dam?  It’s happened.  I can go on here.  The reason I bring that up or part of the exercise is that there are very few things that cry out for collective action, few, very, very few.  What has happened is, in our laziness and in our arrogance, we don’t want to be bothered with having to take care of more and more of those that could be dealt with on an individual basis.  Instead, you basically, just to use a modern-age, vulgar phrase, we instead outsource it.  Usually it is outsourced to these things called governments.  Thus, after 120 years of that, you get ObamaCare.  I don’t believe that there is any avoiding that conclusion.  There’s no way around that.

If someone has an argument that can refute that, please, I’d love to hear it.  If you desire to get back to individuals trying to solve these problems, which then removes or at least keeps in check the natural human tendency towards the easy or the lazy, meaning “Why should I do it that way when I can just hire a lobbyist to lobby a member of Congress or my state legislature to give me an advantage over that guy or have the government pay for and build that thing?  Then I don’t have to do it, but I’ll get to reap all the rewards of it.”

These are all ancient questions, folks.  For a little while, for a short, brief period here on these shores — actually, I shouldn’t say that.  Around the time Jamestown was settled, there were a few challenges in the early 30, 40 years or so.  By and large, tens of thousands and then millions of settlers ultimately crossed a mighty ocean to come here and to settle and set up shop here.  Why?  To escape the system that said, [mocking] “You’re gonna have to get all collectivey and stuff because only the king can order such a massive project.  You little individuals can’t do that.”  You see how mightily and how far we have fallen.

This is just an enormous part of the current condition.  I spent a lot of time in the 18th Century and the early 19th Century reading what these men that you call founders wrote.  I’ve said this before and I’ll keep saying it every day to remind you, they were not as happy as you think they were.  They were not as pleased with their founding as you think they were.  They had done some good, true.  They acknowledged it, true.  They believed they hadn’t done enough.  They also feared mightily and had a lot of dread looking at the future, and for good reason.  We are the result of their dread.  The court will rule today.  The sun will shine tomorrow.  I’ll go down tonight, come up again tomorrow, challenges will remain.  There may be one less of a challenge.  Whether they rule yea or nay, the gargantuan size of the federal monster is not going to appreciably shrink.  If they rule yea, it may grow.  Again, that’s because we allow it to. 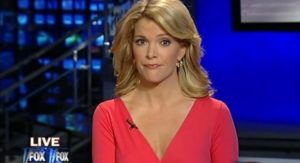 I’m not even worried about Obamacare as much as a fiscal matter. This corporate/government healthcare (if fully implemented) will be even more expensive, and a “healthcare crisis” will ensue. Obamacare will be deemed financially unsustainable- that’s where the social engineering kicks in. Your personal health and habits will then become the interest of the state. They will implement Bloomberg-style salt bans, sugar limits and God knows what else. You’ll probably end up paying a huge tax for eating red meat, and end up being physically monitored by the health “authorities”. This will be a nightmare!