Mandeville, LA – Exclusive Transcript – February 24th, 2011, I’ll read you the headline, “Obama administration will no longer defend DOMA.”  Wait a minute.  He’s the chief county clerk of the whole world, Obama, isn’t he?  Eric Holder is the chief county clerk of all the attorneys general and district attorneys of Earth, ain’t he?  Why weren’t they publicly pilloried?  Check out today’s transcript for the rest….

President Obama has instructed the Justice Department to no longer defend the constitutionality of the Defense of Marriage Act, or DOMA, the legal prohibition on federal recognition of same-sex marriages.

Mike:  Hold on.  Did Congress repeal or rescind its own act?  How about no?  Why shouldn’t Obama have enforced it then?  It’s the law of the land, ain’t it?  Here’s an even bigger point.  It’s an actual law and people actually voted on it.  There’s a record.  We can actually go back in the historical record and see the date that it was voted on in 1996 and 1997.  We can actually count the votes.  We can actually look this up at thomas.loc.gov and we can actually see Clinton’s signature on the bill, not some fatuous judge’s order, an actual bill.  Imagine that. [/private]

Attorney General Eric Holder said in a statement that the department will stop defending the policy because it has now been challenged in the Second Circuit, “which has no established or binding standard for how laws concerning sexual orientation should be treated.” [Mike: Really? That’s interesting.]

“After careful consideration, including a review of my recommendation, the President has concluded that given a number of factors, including a documented history of discrimination, classifications based on sexual orientation should be subject to a more heightened standard of scrutiny,” he said. [Mike: I don’t even know what that means. I’m only reading it because it’s part of the story.] “The President has also concluded that Section 3 of DOMA, as applied to legally married same-sex couples, fails to meet that standard and is therefore unconstitutional. Given that conclusion, the President has instructed the Department not to defend the statute in such cases. I fully concur with the President’s determination.”

Mike:  I have a small question here.  Since when do presidents get a vote on whether or not something is constitutional or not outside of the use of their veto power?  Obama has a vote on matters like this.  He can veto or he can sign bills.  He can’t retroactive veto one.  That’s a new power even for President Obama to concoct, isn’t it?  How novel is that?  [mocking Obama] “Now look, there’s a law on the books.  It’s unconstitutional.  This is a 207-year-old veto.”  I’ll ask another question for all you yahoos out there going, [mocking] “What’s to stop the liberals from doing the same thing?  Huh, smart guy?”  You’re equivocating.  You’re making a philosophically fallacious argument.  This is not a tit for tat.  There are either laws on the books that must be enforced or there aren’t.  I’m going to prove to you today that there is no law on the books in Kentucky that has to be enforced.  Ms. Davis is under no compulsion to enforce a court order.  You say enforce the law.  There is no law.  I keep saying this.  Why is this so difficult to understand?

I’m going to go you one further.  In 1996, what Amendment to the United States Constitution is cited in the preamble to the DOMA?  Answer: 10th Amendment.  Congress says under the 9th and 10th Amendments, they’re about to pass, they’re about to propose the following statute, the Defense of Marriage Act.  When Holder and Obama refuse to enforce it, what are they doing?  They’re basically saying: I’m going to veto the 10th Amendment.  It doesn’t exist.  It’s funny there’s no law on the books that Congress ever passed that says that Eric Holder and the Environmental Protection Agency can enforce laws to put coal miners out of business in West Virginia and Kentucky.  Wait a minute, Mike.  You just said Kentucky.  That’s right, I did.  Those laws, even though they’re not there, must be enforced.

It should come as no surprise, what is it that Holder and company are trying to enforce against coal-fired generating plants in Kentucky, Ohio, Indiana, and West Virginia?  Would anyone like to guess what law is it that they are trying to enforce?  The short answer to the question is they’re not trying to enforce any law at all.  They’re trying to enforce another decision written by Supreme Court Justice Anthony Kennedy.  When the court was asked to interpret part of the old Clean Air Act, Kennedy said: We’ve got a responsibility to save the planet from itself and to fight global warming.  This is an international responsibility.  Therefore, the administration must take plenary power and use whatever means it has to to enforce this statute that’s not on the books but I’m going to put it on the books.

Congress never authorized Obama or Holder or the Environmental Protection Agency and to torment and to torture and to antagonize coal miners and coal-fired generating plant employees and its beneficiary customers in Kentucky, Ohio, Indiana, and West Virginia.  Congress never authorized this.  Are there are some laws on the books about sulfur dioxide emissions?  Yeah, they’ve been there since the 1990s.  So?  So what are they “enforcing”?  They’re “enforcing” Anthony Kennedy and company’s rambling decision on the matter.  And guess who the parties to suit were?  They weren’t even the citizens of the states in question.  They’re a bunch of antagonistic, whale-humping, frog-licking, tree-hugging weirdos.  Of course, they have a financial stake in these things, you see.

We go to the Daily Caller today.  Here’s the headline, “Jerry Brown Flouted Gay Marriage Law. Why Not A Kentucky Clerk?”  Actually, she should be properly referred to — because we are talking about republican government here.  That’s why I told you two days ago, I said it again yesterday, and I’ll repeat it today, Ms. Davis is correct.  Ms. Davis is in the right.  Ms. Davis is acting as a republican and a republican Christian ought to act.  Ms. Davis should be, to the expense of all of us, supported with every fiber of your being.

Do you know that I received a piece of scurrilous hate mail yesterday from someone who was telling me, [mocking] “Why aren’t you talking about the presidential races?  Why are you wasting my airtime?  Why are you wasting radio time talking about this idiot in Kentucky, this stupid homosexual marriage law?”  Answer, angry sir: Because it matters.  It’s all that matters.  I wrote about this last night on the website at MikeChurch.com.  You’ll also find it at Jordan Bloom’s Mitrailleuse blog.  Check it out.  Back to the story by David Benkof at the Daily Caller: [/private] 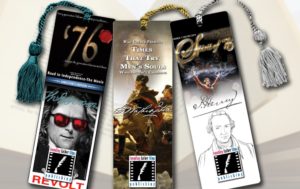 In particular, where was the outcry when Attorney General and later Governor of California, Jerry Brown, refused to mount a defense of gay-marriage ban Proposition 8? Representing the state in court was at the center of his job. Yet he put his personal preferences – some influenced by his liberal version of Catholicism – [Mike: He’s another heretic Catholic that ought to be seriously, fraternally corrected by his bishop, and if that doesn’t work, bishop, take the next step.] ahead of the clear dictates of his state’s voters, who had been forced to use the initiative process when politicians failed them.

The Washington Post underscored this double standard today (surely by accident) in its editorial lambasting Davis’s stance. It wrote . . .