This Day In Founding Fathers History – 15 May

On this day in 1765, the Quartering Act of 1765 was passed by British Parliament. The act required the colonies to provide barracks and supplies to British troops stationed in America. The colonists saw this as an indirect tax. 1

In 1776 on this day, the Resolves of the Virginia Convention were proposed. Virginia’s delegates to the Continental Congress used this to urge a declaration of independence from Great Britain. “In this state of extreme danger, we have no alternative left but an

abject submission to the will of those overbearing tyrants, or a total separation from the Crown and Government of Great Britain, uniting and exerting the strength of all America for defence, and forming allegiances with foreign Powers for commerce and aid in war . . . That the Delegates appointed to represent this Colony in General Congress be instructed to propose to that respectable body to declare the United Colonies free and independent States, absolved from all allegiance to, or dependence upon, the Crown or Parliament of Great Britain.” 2

On this day in 1862, the United States Department of Agriculture (USDA) was established upon President Lincoln’s signing the bill into law. A man by the name of Isaac Newton was the first Commissioner of Agriculture. He had previously served as chief of the agricultural section of the Patent Office. The department’s objectives were: to collect statistical information; introduce valuable plants and animals; answer inquiries of farmers; test agricultural implements; conduct chemical analyses of soils, manures, and crops; establish a professorship of botany and entomology; and establish an agricultural library and museum. 3 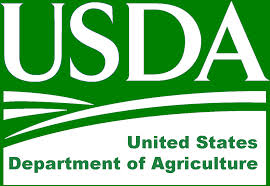