On this day in 1775, the “shot heard round the world” was fired, starting the Battle at Lexington Green in Massachusetts. In the early morning of 19 April, drums and bells summoned dozens of militiamen to the town green at Lexington where they lined in battle formation under the command of Captain John Parker. The British soldiers soon emerged through the morning fog. According to Sylvanus Wood, a militiaman present at the green at Lexington that day, the British commander “swung his sword, and said, ‘Lay down your arms, you damned rebels, or you are all dead men. Fire!’” According to Captain Parker himself, “…I immediately ordered our Militia to disperse and not to fire. Immediately said Troops made their appearance and rushed furiously, fired upon and killed eight of our party, with out receiving any provocation therefor from us.” 1 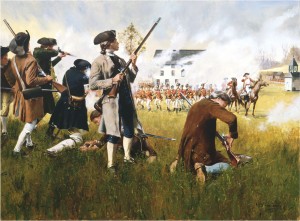 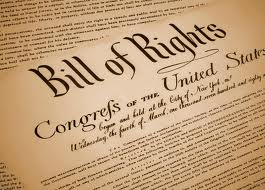 One notable birthday on this day in 1721, that of Roger Sherman. Sherman was born in Massachusetts but later moved to Connecticut. He started into politics with county and town offices before being admitted to the bar. He served as a representative in the colonial legislature and as a county judge. Once he moved to Connecticut in 1761, Sherman managed two stores and became a benefactor of Yale College. All the while, he served in both houses of the state legislature and as a judge. Sherman served as a delegate to the Continental Congress for many years, where he was on committees that drafted the Declaration of Independence and the Articles of Confederation as well as several others. Sherman also represented Connecticut at the Federal Convention. Sherman was the only member of the Continental Congress who signed the Declaration of 1774, Declaration of Independence, Articles of Confederation and the Federal Constitution. 3