On this day in 1776, Richard Henry Lee of Virginia introduced three resolutions to the Continental Congress.

“Resolved, That these United Colonies are, and of right ought to be, free and independent States, that they are absolved from all allegiance to the British Crown, and that all political connection between them and the State of Great Britain is, and ought to be, totally dissolved.”

The Congress agreed that it was important to expediently form foreign alliances. A committee was appointed to prepare a declaration to the effect of the first resolution, that the colonies should be free and independent states. 1

In 1769 on this day, Daniel Boone first glimpsed the forests and valleys of present-day Kentucky. This day is now celebrated as Daniel Boone Day. Boone spent much of his youth in the North Carolina frontier hunting and trapping. He later ventured into the Cumberland Gap region, which was not known well to white men. The French and Indian War had discouraged exploration or settlement of the Kentucky territory, and the British prohibited migration westward. Boone and other settlers ignored the ban, instead blazing a trail through the wilderness. Boone worked with Richard Henderson and his Transylvania Company establishing a trail through the Cumberland Gap, where they established the Wilderness Road, a primary route to the West. The settlement of Boonesborough was formed on the other side of the Gap. Boone served in the local militia during the Revolutionary War, during which time he was captured and subsequently escaped. Boone was a man of legend both in his time and after. John Filson’s book of 1784, The Discovery, Settlement and Present State of Kentucke, among other things, illustrated Boone’s adventures. The legend of Boone the American pioneer and frontiersman lives on today. 2 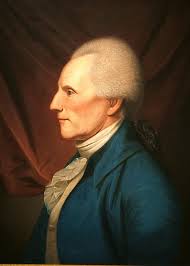 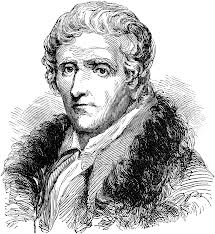 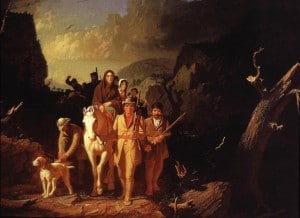 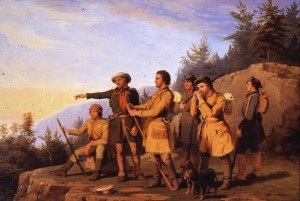