Mandeville, LA –This Clip of The Day was originally aired and published on Aug 3,2012 and is part of the Founders Pass Flashback Collection.

Exclusive Audio and Transcript – Isn’t it funny how the American media is fascinated by and promotes the idea that the rebels that are fighting the legitimate government over in Syria or over in Lebanon are the good guys, yet when the rebels that were Southerners and Confederates in the United States were attacked by the Union government, those rebels were bad guys?  “That’s horrible.  Those rebels were the bad guys.  Those were the slave-owning lunatics.  We had to kill them.  But our buddies in Al-Qaeda in Syria, that’s a different kind of rebel.”  Try explaining that to a 15-year-old.

Mike:  I was driving home from a little driving range practice yesterday afternoon with my daughter.  We were listening, unfortunately, to – what does he call the show in the evening, the Fox report?  We were listening to back handspring central, Shepard Smith and the Fox Report.  There were a couple stories, and I have one of them in my hand here.  A couple stories were done and of course I was screaming at the radio.  My daughter found one of them funny and asked me a question about the other.  There were three stories.  The first story was some report that a bunch of terrorist nut jobs were captured in Spain.  I think there were three of them in some terrorist ring that were captured in Spain.

AG:  The ones that want to do the helicopter?

Mike:  Yeah, they wanted to fly a drone.  They wanted to have a terrorist drone.  What’s the difference between a terrorist drone that drops a bomb on you and a U.S. government drone that spies on you illegally, violating the Fourth and Fifth Amendment?  I don’t know.  So the story comes on about the terrorist cell that is busted in Spain.  Shepard Smith says that it’s outside an American airbase in Spain.  Young, innocent Church daughter Reagan then turns to me and says, “Dad, why are we at war with Spain?  What did they do?”  I said, “We’re not at war with them.”  She said, “Why do we have an Army base there?”  I said, “That’s for the empire.”

So at the tender age of 15, my daughter is introduced to the reality that there is an American empire out there.  I’m serious.  I had to explain to the kid.  She said, “Does Spain have any Army bases here in the United States?”  I said, “What do you think?”  She said, “No.  Where else do we have bases at?”  I said, “Well, we’d have to look that up because I would run out of time and run out of the names of countries.”  She wanted to know why that was.  Try explaining empire to a 15-year-old and they’ll just keep asking you why.  Then the final thing was she asked, “Why can’t we just be at peace?  It seems like we’re always at war.  Why are we always at war?  I want peace.”  That’s a 15-year-old who will have to pay for you neocons’ and decepticons’ future unnecessary, unwinnable, and needless and undeclared wars.  It is already protesting mightily and I will feed and fan that flame.

The second thing was Shepard Smith reported that there was a top secret delivery of arms or support of arms to Syrian rebels, which had me screaming at the radio saying, “Well, dummy, it can’t be top secret if you’re broadcasting it to two million people via Fox News, now can it?”  Did you hear any of the reports about the secret Syrian arms deal?  Did they use the word secret to describe it?

AG:  From the reports I had seen, I thought they had said they were giving aid but none of it was going to be considered weaponry.

Mike:  Well, according to Mr. Hyperbole himself, there was Jennifer Griffin — not Jennifer Griffin.  Who’s the Pentagon reporter at Fox?  Her name escapes me.  According to her, not only are we helping them achieve weapons mastery — of course the rebels are presented on Fox News and MSNBC and CNN as — isn’t it funny that the rebels in Syria and the rebels in Egypt and the rebels in Libya are the good guys?  Even though they’re not, because they’re comprised of the Muslim Brotherhood, Al-Qaeda and every other jihadist, lunatic, nut job group that you can think of over there.

Isn’t it funny how the American media is fascinated by and promotes the idea that the rebels that are fighting the legitimate government over in Syria or over in Lebanon are the good guys, yet when the rebels that were Southerners and Confederates in the United States were attacked by the Union government, those rebels were bad guys?  [mocking] “That’s horrible.  Those rebels were the bad guys.  Those were the slave-owning lunatics.  We had to kill them.  But our buddies in Al-Qaeda in Syria, that’s a different kind of rebel.”  Try explaining that to a 15-year-old.  That’s a good rebel, not a bad rebel.  So the report got to the point where the woman who was reporting to Captain Hyperbole himself said that there was talk around the Pentagon that shoulder-fired missiles may have been part of the, what did you call it, instruction?  How did you hear it characterized?  I actually have the story here if we need to refer to the text.  How did you hear the arming or aiding of the Syrian rebels story?

AG:  I had heard that they were stepping up and increasing their non-lethal, non-weaponry support of the rebels.

There’s another thing about this.  Do you remember back when we were protesting mightily about Obama’s undeclared, unconstitutional military offences in the Libyan conflict and we learned there were over 20,000-plus weapons of mass destruction that Muammar Gaddafi had hidden or squirreled away across the Libyan desert and nobody knew where they had gone?  Where do you think they went?  Where do you think they went?  Do you think that our buddies, the rebels in Libya, might have gotten ahold of them?  We’re ensuring that the wars will continue forever because we make sure that the rebels are armed and can fight the legitimate government and any of these Middle Eastern countries.

I get this question via email quite often here.  The question is: Mike, what do you think Lincoln and his buddies would have said if a European power had come to the aid of the Confederate rebels in the 1860’s?  What do you think Chris Matthews and company would say about that today?  Do you think they would be telling what a glowing story it was and how wonderful it was or would they be talking about the evil, despicable Spain that came to the assistance of the CSA, Confederate States of America?

We have here this headline, “Exclusive: Obama authorizes secret U.S. support for Syrian rebels.”  Somebody wanted this news to get out.  This isn’t secret.  If it were secret, I wouldn’t be reading it to you.  Can we just use words the way they’re supposed to be used maybe?  If something is secret, you’d say it’s so secret, we don’t even know what the secret is.  If something is secret, to me that implies that it’s not known, like in the top secret envelopes that are in James Bond movies.  They’ve got the manila envelope with the red stamp on it that says “Top Secret.”  [mocking] “Contained in that envelope there is the top secret information that will bring down the world.”  I digress.

I was asked about the rebels.  I was asked about why we had military bases in Spain.  Then I was asked by the 15-year-old in the car last night listening to Fox News and Shepard Smith, I probably will be ushered straight to Hades for this act, I was asked why, if something was secret, why was he broadcasting it?  That all happened in the span of about eight minutes. 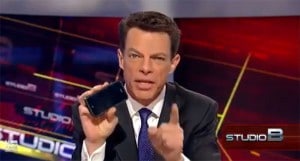 0Shares
al-qaedaamerican empireconfederatesFox Newslebanaonshepard smithSyria
Previous PostWhat is Conservatism? According to Russell Kirk It’s A Set of Principles, Not Party Politics.Next PostHow is the Millenial Generation Going to Fix This Mess? Will They Even Bother?

We have come to accept calling confederates rebels johnny Reb ect. how ever they where just patriots defending there states sovereignty, The war between the States was not about slavery!!!