Mandeville, LA – Exclusive Transcript – Actually, we can blame the founding fathers for the idea of public education.  It was a pet project of Jefferson’s.  It’s on his obelisk at Monticello that he was the founder of the University of Virginia.  What was the University of Virginia?  It was publically funded.  It was funded by the State of Virginia.  As a matter of fact, the creation of public universities and the creation of public schools, that is pretty much an American invention.  Check out today’s transcript for the rest….

Mike:  Lou is in Canada.  We have to go all the way to Canada to get calls here today.  That’s fine, we’re happy about that.

Caller Lou:  Fantastic.  This whole idea of the Christmas thing you brought up in interesting because normally I would always think that Jesus is the main target.  Now, because he is St. Nicholas, and secondarily he’s probably a harbinger of materialism, they seek him, too.  It’s just disgusting.  This all has to do with funding public education.  It starts right from the top.  It’s unconstitutional, as you are aware, having a Department of Education.  It just goes bigger and bigger and bigger.  It started with Dewey and Wilson Horace Mann and all those morons.  Look what’s happened to society because of that.

Mike:  Actually, we can blame the founding fathers for the idea of public education.  It was a pet project of Jefferson’s.  It’s on his obelisk at Monticello that he was the founder of the University of Virginia.  What was the University of Virginia?  It was publically funded.  It was funded by the State of Virginia.  As a matter of fact, the creation of public universities and the creation of public schools, that is pretty much an American invention.  We’re the ones that crafted that idea.  That’s not something that we got from European socialists.  That’s something we got from Jefferson.  John Adams famously wanted a public school system in the State of Massachusetts.  I believe Massachusetts, matter of fact, was a pioneer in the establishment of public schools.  You might ask the question, [mocking] “Where’d we get education if we didn’t have public schools?”  That’s simple.  The church ran schools, just like the church ran the hospitals.

No one ever stops to think about this, but ponder that for a moment.  Why are there so many hospitals that are named after saints?  There’s St. Luke’s, St. John’s, St. Mary’s, saint hospitals all over the place.  Do you think that a saint visited that hospital?  Or did the diocese nearby fund and build the hospital?  One of the most famous saints, if not the most famous saint, of the 20th century, St. Padre Pio.  If you go to a little village in Italy where Padre Pio — if you don’t know, he was also known as the flying monk.  He was the one that stopped the allied bomber pilots from bombing his village.  He also spent about 50 years, almost 50 years to the day with what’s called stigmata.  Padre Pio had holes in his hands.  The holes mimicked, were replicas of the holes that were in Christ’s hands at the crucifixion.  Scientists would go over and study Padre Pio’s hands.  They would try to prove that he inflicted the wounds himself.  He had to wear gloves because he would bleed all the time.  The stigmata never left him.

Padre Pio, in addition to the tens of thousands of souls that he saved by virtue of his famous confessions where he would tell penitents: You didn’t tell me everything.  You need to come back in here and do the rest of it.  Padre Pio’s legacy near the little town where his church still is today — his body, by the bye, lies in a state of incorruptibility, meaning it has not decayed.  Padre Pio’s famous accomplishment was a hospital.  That’s what he did with any and all the moneys that were sent to him for his work as a confessor.  He built a hospital.  My only reason I brought up Padre Pio is what would we do without privately-funded hospitals?  You have all the church hospitals.  What would you do without public education?  You’d have the education that was around before.  You’d have Jesuits, basically, conducting class.

So public education is a uniquely American idea.  As a matter of fact, if you want to read some fascinating stuff about the Progressive Era, go and read — I’m trying to think of the name of the book.  It’ll come to me in a moment or I’ll look for it.  It’s a book that’s written about John Dewey.  Dewey’s brainchild was basically forced or compulsory public education.  Why would a die-in-the-wool progressive socialist think that compulsory public education was a good idea?  That’s easy.  If you’re controlling education and you’re controlling what it is that those that are being educated are learning, you can also control how they think and how they think about things that matter to you as a progressive.

This is Andrew in Michigan, up next on The Mike Church Show on a Monday.  Hello, Andrew, how you doing?

Caller Andrew:  Hi, how you doing?  I live in Grand Haven, Michigan, which is west of Grand Rapids about 40 miles, right on the water.  We have a nativity scene that’s been there for about 50 years on a sand dune across the river from the city.

Caller Andrew:  These outside agitators are in there trying to get that removed.

Caller Andrew:  I think the sand dune property is owned by the property.  But I have another question to follow upon that that you might run with.  I had a discussion about this with a relative.  They were talking that it’s a First Amendment right to have it removed.  They said that the Constitution was “the supreme law of the land” and that it applies to everybody.  I disagreed with them.  I wondered if you can expand on that.

Mike:  On the idea of incorporation?

Caller Andrew:  Yes.  I disagreed and cited that, but I’m not that well versed on it.

Mike:  Andrew, this is Constitution 101.  This is child’s play, in other words.  It’s easy for you to shoot that down.  The simple fact is, ask your genius friend if Congress bought the land and then appropriated the money for the nativity.

Caller Andrew:  Because Congress shall make no law.

Mike:  Congress shall make no law.  This is a great lesson for anyone that’s a new listener and doesn’t know of the Incorporation Doctrine and the deceit and evil that it possesses.  You all need to read the preamble to the Bill of Rights.  If you read the preamble to the Bill of Rights, it’s very clear what the intention of the Bill of Rights was, which was to limit the new general government that was just created, plain and simple, end of discussion.  There’s no need to have any more discussions after the fact.  You can claim that maybe after the fact, now that you want the Bill of Rights to be incorporated for use against the states, but do not say, do not imply that they are to be used or that they were and were ratified to be used, because they weren’t.  That’s fiction.  The State of Michigan has its own constitution.  We talked about this last week.  They happen to have a religious freedom act under debate right now, don’t they?  Since they do, and they’re trying to restore their state’s religious freedom, why would they do that if the First Amendment was universal?  This has just become so popular these days to yell and scream: I have my First Amendment rights!  [mocking] “This is a First Amendment issue.”  No, it probably isn’t.

As a matter of fact, it’s difficult to even conceive of what is an actual First Amendment issue.  I’ll give you one.  Recently we learned that the Obama administration sicked FBI agents on James Rosen of Fox News and a pair of Washington Post reporters and a reporter / journalist for the New York Times.  They surveilled them.  They tapped into their emails, read their private correspondence.  They wanted to tap into their mail.  They were followed.  That’s a First Amendment issue because that’s the agents of the general government trying to limit or curtail freedom of the press.  It’s as simple as that.  It wasn’t the state that James Rosen lives in.  I think he lives in Virginia.  It wasn’t the state that the New York Times reporters lived in (probably New York) that perpetrated those.  That was Obama and a federal agency.  That would be a legitimate First Amendment issue.  That’s the only one I can think of.  I can’t think of another First Amendment issue. 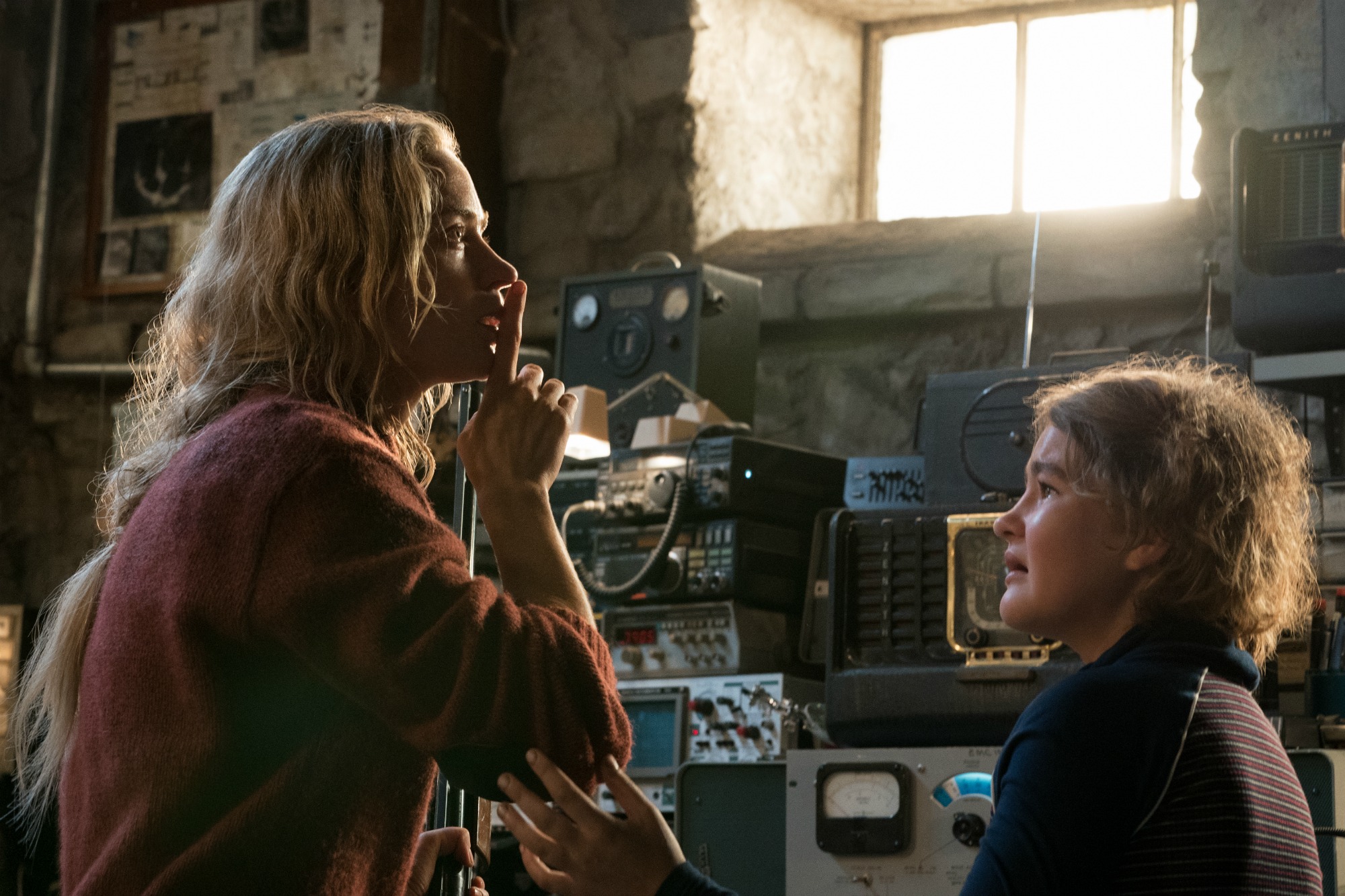