Mandeville, LA – Exclusive Transcript – The Fourth Amendment is just in case they exceed their authority or someone is tempted.  Remember that the amendments are inserted to further regulate the powers, to further conscript the powers of the new general government.  That’s the doctrine.  That’s what the preamble to the Bill of Rights says.  The amendment is there to inhibit or prohibit the creation of the agency or the extension of the power to start with.  In other words, it is supposed to prevent.  Yet, members of both parties vote for appropriations.  They vote for this.  The NSA wiretapping program was approved by Congress.  Check out today’s transcript for the rest…

Mike:  Did you people execute your weekend assignment and ask people whether or not they cared or did not care about being spied upon, about being monitored?  Carney writes this:

“If you have something that you don’t want anyone to know,” Google CEO Eric Schmidt said in 2009, “maybe you shouldn’t be doing it in the first place.”

Mike Church Show Transcript – Nothing Is Private Anymore, And Americans Are Okay With That

This line was creepy enough coming from one of President Obama’s confidants and fundraisers. It takes on added weight now that the Washington Post and the Guardian have reported that the National Security Agency’s Prism program, in the days before Obama was sworn in, tapped into Google’s servers . . .

Mike:  Google denies this, right, Andrew?  Google, Yahoo and Apple all deny that they were ever tapped.  Now, they do say they forked over data that they were asked to fork over, right?

Google spokesmen, like spokesmen from all the tech companies, deny participating in any such program. So Americans are left to wonder: Was this corporate-government collusion? Was this federal hacking or infiltration of corporate servers?

In other words, why should law-abiding citizens mind federal surveillance?

The answer begins with this distressing reality: None of us scrupulously obeys the law. Technically speaking, we’re all criminals.

Federal and state criminal statutes have multiplied like rabbits over the decades, and so now everyone breaks the law, probably every day.

But these surveillance powers are used only for hunting terrorists, Obama says. Even if you take him at his word, because so far there is no evidence to the contrary, think about the capabilities you give to government when it can snoop on your phone records and emails. [Mike: That’s why this is all creepy.]

Maybe Obama hunts only terrorists with it. But our next president could expand it to follow violent felons — without having to get specific warrants. Why not drug dealers and sex offenders? Tax evaders come next.

One threat to privacy is Congress expanding the use of these Big Brother tools. Another threat is an administration using it illegally. This happens. President Bush used surveillance powers inappropriately. New York Gov. Eliot Spitzer targeted political opponents with state surveillance.

So what’s next? A president targeting hard-core environmentalists or pro-life activists on the suspicion they’ll carry out terrorist attacks? [Mike: I think they already do that, Tim.] This may not sound likely, but recall scare stories about “ecoterrorists,” and how Obama’s Department of Homeland Security has warned that Tea Partiers are serious threats. [Mike: That’s why we can give automatic weapons and shoulder-fired grenade launchers to terrorists in foreign lands, but we can’t give them to American citizens who are members of militias. They are dangerous; Al-Qaeda in Syria, not so much.]

Also, privacy has real value, even when you’re doing nothing wrong. You’re not “hiding something” when you shut the door to use the bathroom or take a shower. A husband and wife might be very proud to show off their kids, but still expect privacy regarding the process of making such children. It’s the same with communications.

It’s reasonable to not want anyone reading your email fights with your sister, or your groveling apology to your wife. It’s perfectly legitimate to say your credit card purchases are none of the government’s business.

The Fourth Amendment recognizes this — it protects Americans from unreasonable searches. This isn’t just a protection from cops rifling through your file cabinets. The Supreme Court has repeatedly held that this protection isn’t merely from disruption, but also from a search invading your privacy.

If Presidents Obama and Bush have something they don’t want people to know, as Obama’s pal Schmidt puts it, maybe they shouldn’t be doing it in the first place.

Mike:  Yeah, what are they hiding that we want to know?  I tell you one more thing about this Fourth Amendment.  Rand Paul has an editorial in the Washington Times about this, about how the NSA and the TSA and whatever other agency, CIA, NIH and all these other parts of the spyfare state, about how they are violating the Fourth Amendment.  If you are a constructionist or a ratifying originalist, you know that the Fourth Amendment is an amendment.  It is not part of the letter of the Constitution, if we’re going to follow the Constitution.  Just follow me here for a second.  So if it’s not part of the Constitution — just pretend that we’re in 1789 and the first ten amendments have not been proposed and have not been ratified.

Would Congress have had the authority, using enumerated powers or the enumerated powers doctrine, which they abided by at that time, would Congress have had the authority to create a department that purported to do what the NSA or the IRS does today?  The answer to the question, we know, is no.  One of the items you can read about this is James Madison’s report of 1800 when the Alien and Sedition Acts were opposed by the Virginia legislature.  Of course, Jefferson wrote Kentucky’s resolution for nullification, and Madison wrote Virginia’s for interposition.  What Jefferson says and what Madison says in these resolutions is that Congress was granted no such authority even prior to, a priori — that’s Latin for from the start.  A priori, Congress had no authority to micromanage or pass any laws that had anything to do with the press, because they were not granted the authority to do so.  Under no part of the Constitution did they have any authority.

I would suggest to you that invoking the Fourth Amendment is not necessary to opposing the NSA wiretapping or surveillance or whatever program it is, whatever we can get them to fess up to that they’re doing here today.  Congress doesn’t have the authority to appoint an agency to do what the NSA is doing.  It’s as simple as that.  You could say, since the 16th Amendment passed under the necessary and proper clause, that they do have the authority to create an IRS, an Internal Revenue Service, so that it can collect taxes on Congress’s behalf.  I wouldn’t argue that you couldn’t do that.  Under what power is the NSA carrying out an enumerated power?  What’s the power?  Name it.  What is it?  Article I, Section 8, Section 10, name it.  Article II, presidential powers, name the power that is being executed that the NSA is carrying out.  I think that when you try this mental exercise, you will find that there is not a power that is being exercised, so you don’t even need the Fourth Amendment.

The Fourth Amendment is just in case they exceed their authority or someone is tempted.  Remember that the amendments are inserted to further regulate the powers, to further conscript the powers of the new general government.  That’s the doctrine.  That’s what the preamble to the Bill of Rights says.  The amendment is there to inhibit or prohibit the creation of the agency or the extension of the power to start with.  In other words, it is supposed to prevent.  Yet, members of both parties vote for appropriations.  They vote for this.  The NSA wiretapping program was approved by Congress.  It was part of the DeLay and then the Hastert Congress.  You can’t say that Congress didn’t have a hand in it.  What was Congress doing?  Again, the Constitution is a dead letter.  It is mortis.  If it weren’t dead, it would have stopped the creation of the NSA program to start with.  I think it should have stopped it.

There’s just one more part of this that I wanted to cover.  Let’s just say that Congress issues what is the equivalent of a letter of mark and reprisal, which is supposed to deal with piracies.  Under their statutory authority, they say Bin Laden and his buddies are basically pirates.  They’re pirates.  They’re not under the flag of any country.  They don’t abide the law of nations.  They’re not fighting as a nation.  So we have to go after them as individuals and Congress has the power to do this.  The founders did foresee that individual pirates could wreak mayhem on American shipping and American commerce and American interests on the high seas.  They put a clause in there so that Congress could deal with it.

Let’s just say for a moment that Congress says this Bin Laden guy is a pirate and has committed acts against the United States.  We want him captured dead or alive.  In order to try to find out where he is, we’re going to have this secret, covert group of spies that are going to try and gather intelligence on what his whereabouts might be.  You can make that specific case.  Can you make the specific case that the entire planet is filled with terrorists and that the entire country is filled with terrorists and therefore the NSA grant is general and universal?  That’s where the danger is.  That’s exactly what has happened.  We’re all suspects, all of us; therefore, we are that enemy. 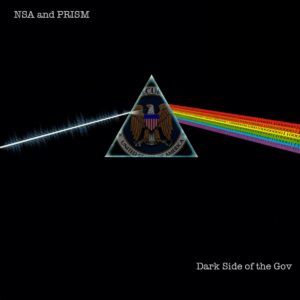 Wow. I hope you publish this as an article where everybody can read it. Its multiple points paint a picture of government over-reach and flat-out abuse of constitutional intent that is breath taking!